Fenway Park is located on Yawkey Way in Boston, Massachusetts. 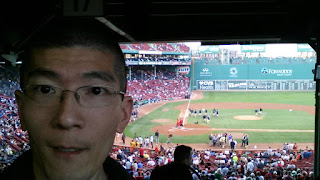 History and tradition. Two adjectives not just to describe New England in general, but certainly also Fenway Park. This has been on my bucket list for years, and I was able to knock it off the list in late August. The Red Sox faced the Baltimore Orioles that evening.

The streets just outside the park are lined with vendors. Apparently, you can take full, unopened bottles of water in the stadium, and the outside vendors aren't shy to tell you it's more expensive in the stadium. 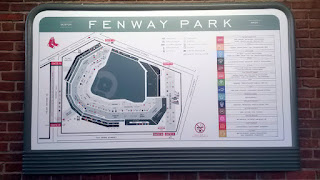 Parts of the grandstand area don't have much room (maybe room for two people walking in opposite directions) to get through. Other areas are more spacious, though. 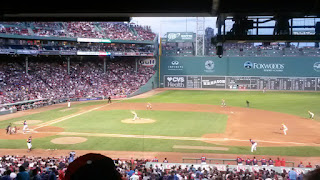 After walking around for a bit, I made it to the outfield right-center field area for food. Their sausages are fine for ballpark food, but obviously, you'll get hit pretty good in the wallet. 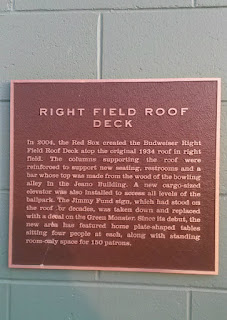 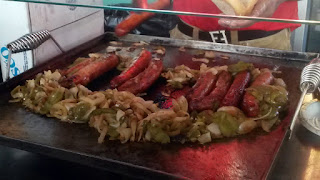 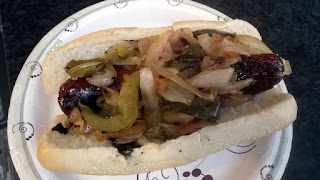 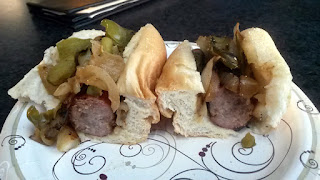 Del's Frozen Lemonade is sold here as well. It's basically a must-get. Bits of lemon rind found in the frozen treat for some added bitterness. Very refreshing. 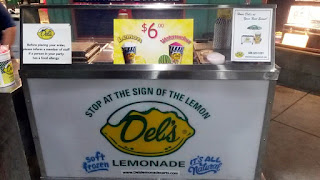 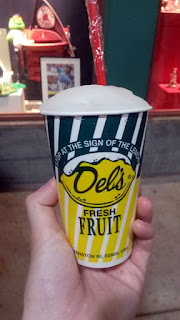 I took a bunch of photos and visited the Green Monster seating area. Only people with tickets are actually allowed in the seating area, but you can snap selfies just outside it. 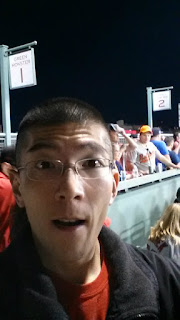 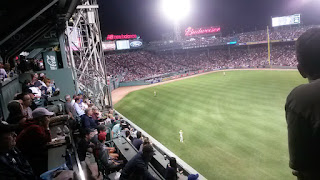 Some more pictures from inside the park: 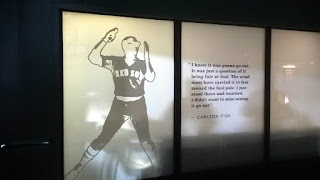 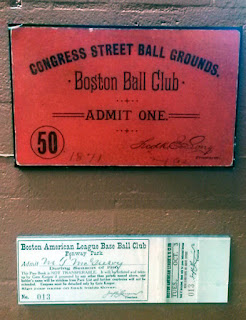 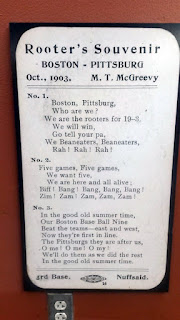 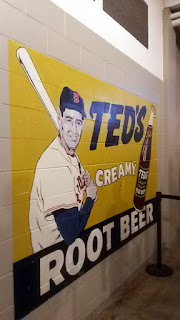 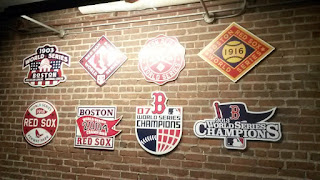 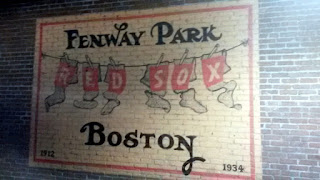 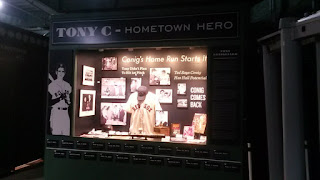 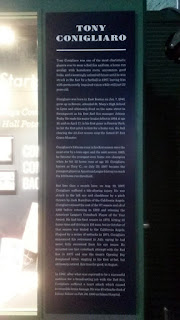 I have yet to last a full MLB game. The Red Sox were getting badly beaten so by the middle of the game, I was ready to get out of there. Back outside the park, I found a few statues of some famous players. 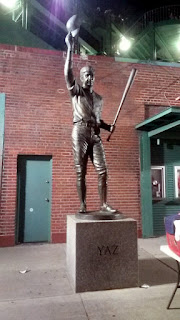 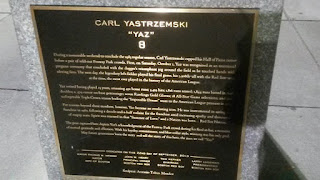 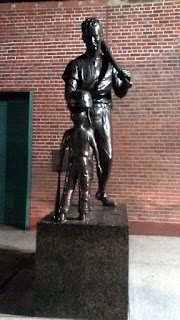 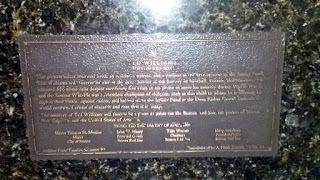 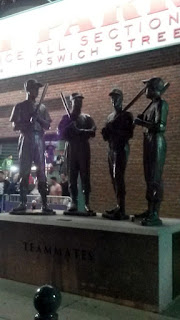 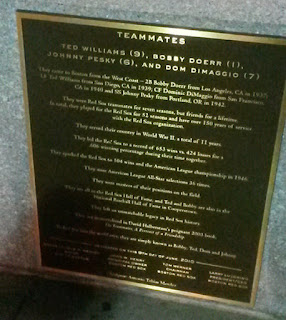 Fenway Park should definitely be on any MLB fan's bucket list. For me, I got some fairly cheap seats, sat for a bit, then walked around the rest of the time I'm there. 7.5/10
Posted by Aaron at 11:00 PM