Bear's Smokehouse BBQ has three locations around Hartford, Connecticut, and Windsor, Connecticut. This blog post covers the spot on Front Street in Hartford. 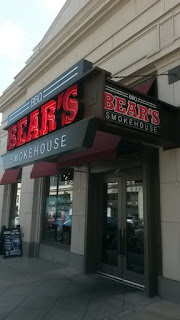 Entrepreneurship has been quite the journey for the couple. Bear's Smokehouse started as sharing a space with other vendors, but as demand and popularity grew, they sought larger spaces and multiple locations. A location on Arch Street in Hartford opened in 2014, then a Windsor spot later that year. An "express" location opened in South Windsor in May 2016. The McDonalds then closed the Arch Street spot to make way for Blind Pig Pizza, which Jamie also co-owns. The Front Street location opened in October 2016 (the lease had been signed back in June 2015). 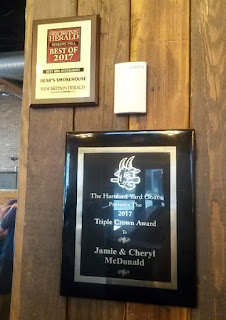 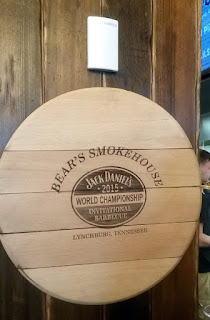 Jamie also has partnerships with Cook & The Bear in West Hartford and Chango Rosa at Hartford's Union Station. The Hartford Courant ran an article in October 2016, when the Front Street location was about to open.

Service at Bear's is a hybrid of fast-casual and restaurant service. And yes, expect good portions here.

While I would have liked to dine in, I had to stick to a rather strict travel schedule.

Some of the bestsellers at Bear's include moink balls (bacon-wrapped meatballs), various BBQ meat sandwiches, and full entrees. So basically everything. Beef ribs are sold on weekends and are ridiculously massive. 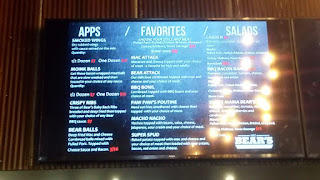 Sandwiches can be made "bear-sized" (double meat) for $4 more, and you can also add slaw for $0.50 extra. I went with the burnt end sandwich ($11), which is the only one that can't be made bear-sized, but I did add slaw anyway. 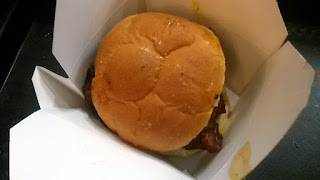 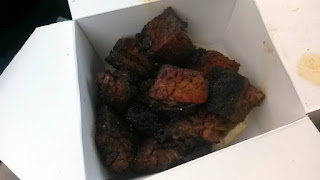 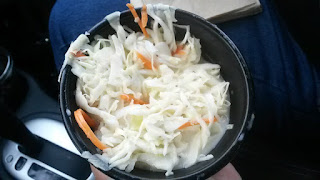 The burnt ends here are tender and ridiculously good; the seasoning is such that you don't need any sauce to enjoy it. Since I took it to go, the slaw was packed separately.

I did ask for the Grizzly sauce - Bear's hottest BBQ sauce with ghost peppers, habaneros, and scotch bonnets. It's a masterful BBQ sauce that brings amazing flavor and lovely heat. Very well done. 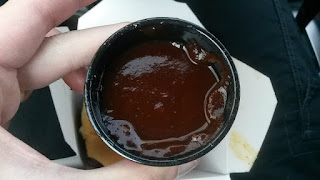 My mom got the Sweet Mama Bear's Salad ($10), with romaine, cucumber, tomato, red onion, cheese, dried cranberries, and candied walnuts. She added pulled pork for $2 more. With the light Italian dressing, she said it was one of the best salads she's ever had. That's saying a lot. And did I mention the huge portion sizes? Mom just kept eating and eating anyway. 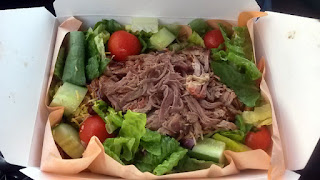 Jamie is also big on giving back and giving awesome discounts to active military and veterans. After Hurricane Irma struck Florida, Jamie and his son launched Operation BBQ Relief to feed people affected by the hurricane. 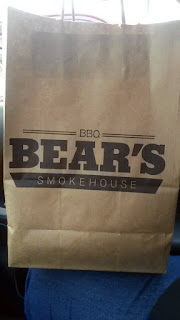 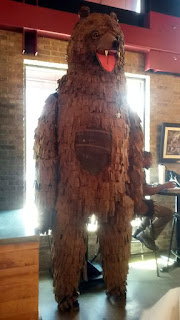 Email ThisBlogThis!Share to TwitterShare to FacebookShare to Pinterest
Labels: Connecticut, The Elite (9+ Rating)