Grey Sail Brewing is located on Canal Street in Westerly, Rhode Island. This blog post will also include Stone Face Ovens, a wood-fired pizza pop-up in the brewery's outside seating area. 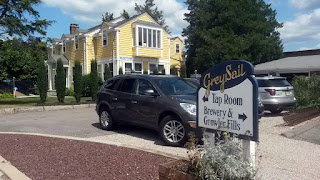 Grey Sail was probably one of the only Rhode Island breweries I was aware of before my trip and, as you'd expect, became part of my list of places to go.

Even when I was already in Newport (on the other side of the state), the GPS then took me west on roads leading into Connecticut, then rerouted me back into Rhode Island. You'll basically be on the RI-CT border. 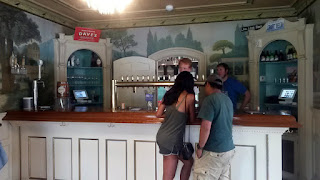 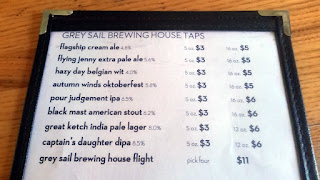 For non-beer drinkers, Hosmer Mountain Soda will be available.

Captain's Daughter has long been Grey Sail's flagship double IPA, so I got a full 12 oz pour of that. Full of flavor, very delicious. 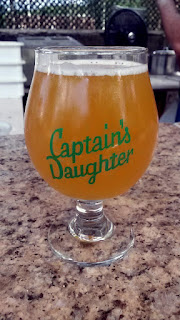 When I got outside, there were benches, cornhole (the lawn game), and Stone Face Ovens (a wood-fired pizza pop-up) present. 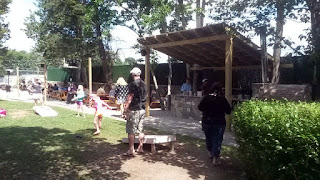 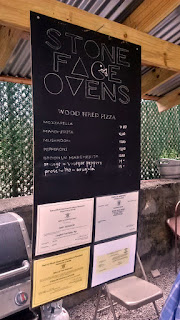 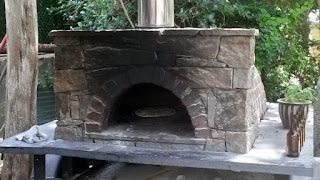 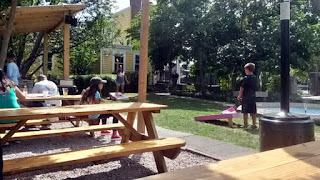 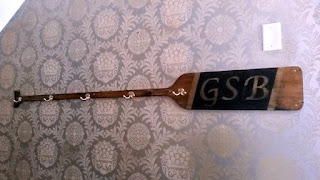 Stone Face Ovens' Margherita pizza was awesome. The basil was placed on after the pizza came out of the oven (smart move there) and a sprinkling of parmesan later, I got a 12" pie in hand. The pizzas only take a few minutes to cook. 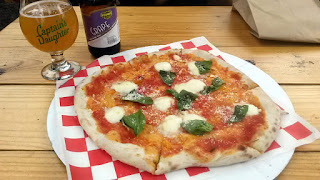 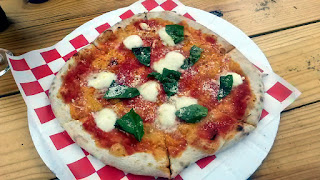 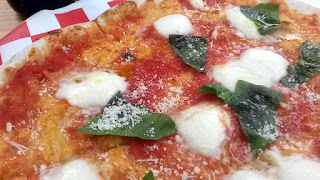 This is unlike any other brewery I've been to; they've basically converted a house into a taproom. With their outdoor seating, it's like you went to your craft beer-loving best friend's house for a party. Such a cool experience. This played a major role in the score I'm giving.

Grey Sail has a separate building next door to get merchandise, growlers, and cans. It's also where they brew their beer. Yes, I got a 4-pack of Captain's Daughter to take home. Expect a more in-depth review on my beer blog in the future. 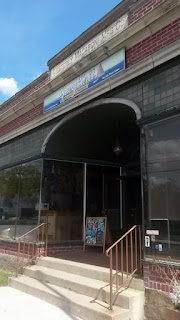 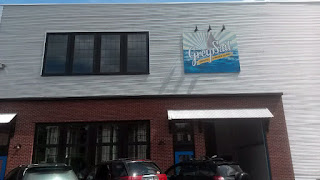 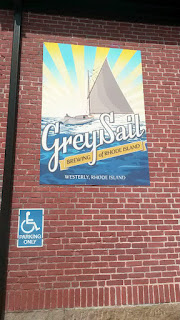 Grey Sail is otherwise distributed in many areas around Connecticut, so you'll need to be lucky to find them otherwise (most likely at special beer events).