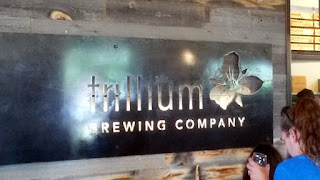 I love the New England-style IPA, a hazy, more tropical, and less bitter version of the India Pale Ale. Over the past few years, the NE style has gotten more and more popular, certainly gaining the group of beer lovers who otherwise would be turned off by the American IPA's general bitter characteristics.

Trillium is one of the major breweries that I was aware of going into my trip, and it quickly became a bucket list item. Check.

No food sold here. However, there may be a food truck parked just outside the brewery.

Right when you get in the door, you'll have the sweet tropical yeast aroma that one may expect from New England-style IPAs.

While the parking lot for the Canton location was busy, there was not much of a line when I went around mid-afternoon. Presumably, the insane demand Tree House Brewing has gotten has likely made trips to other breweries more manageable. 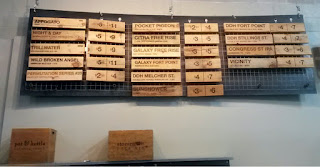 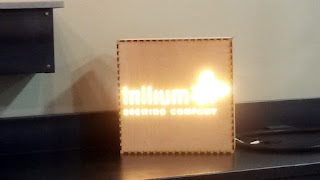 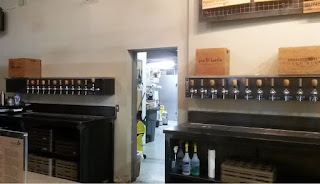 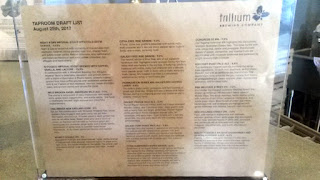 I tried three different New England-style IPAs here. They all had the exact same appearance: a hazy light orange, with white head, and some lacing.


I got half-pours of each, which were around 6-7 oz of beer. Even a full pour of any of these would have been no more than $7. Ideally, bring your beer buddies along and sample them all. As for me, I had to drink all the beer. I know, first-world panda problems.

In the back of the Canton location, you'll be able to buy cans/bottles to go, fill growlers, and get any other merchandise. 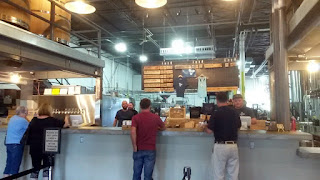 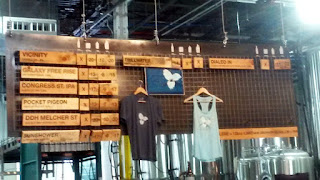 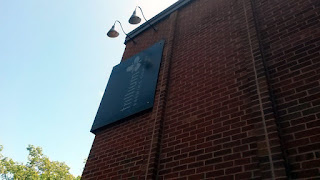 Trillium Brewing is an awesome brewery. Be sure to check it out if you're in the area. 9/10
Posted by Aaron at 11:00 PM