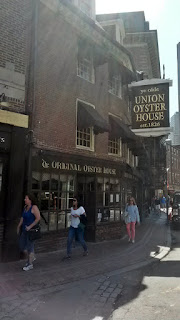 When in Boston, this is one of the many spots to eat at. It's on the famous Freedom Trail; the red bricks literally pass through the sidewalk of Union Oyster House. 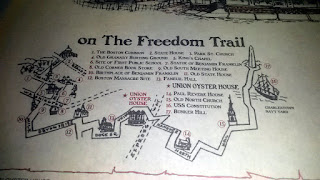 The decor is all about history. 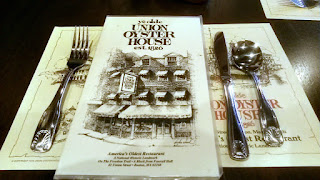 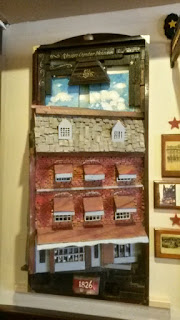 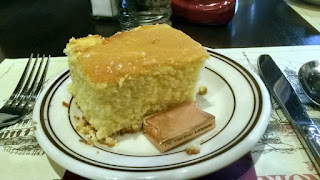 While oysters are clearly an item to get here, Union Oyster House is also known for its New England clam chowder. I was with my mom, who is admittedly not a big fan of oysters. But we did get the chowder. 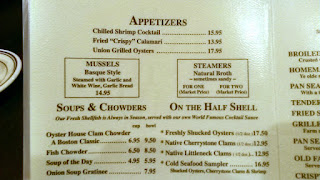 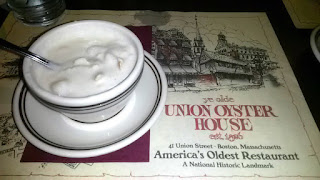 And this is exactly what New England clam chowder should be. Creamy and flavorful, all in a lovely cup. I could have eaten 10 more bowls of that. I personally added oyster crackers to mine, and people will differ on what to do with them.

We also tried the Boston baked beans, because why the heck not. Smoky and good, but certainly not as high on the list as the chowder. 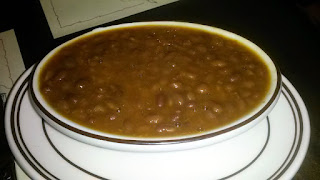 For dessert? Obviously Boston Cream Pie. It might not be the birthplace of the pie (that seems to go to the Parker House Hotel nearby), but it was dang good. Lots of whip cream and chocolate sauce on there. 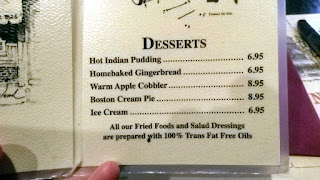 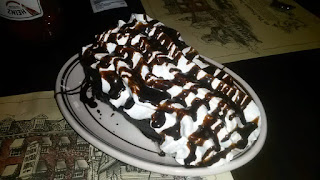 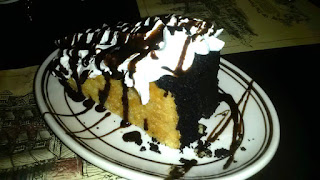 We caught Union Oyster House when it wasn't as crowded as it probably could be. And that was probably a good thing.