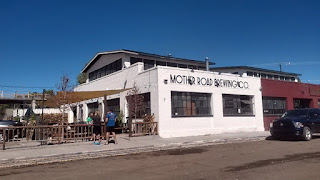 The panda decided to drive over two hours north (Phoenix was home base) to Flagstaff for what else...more beer. It was more a spontaneous road trip here. Figure I might as well see as much of Arizona as possible. Flagstaff is above 7,000 feet in elevation. A nice drive though, I must admit.

At the time, there was some road construction going on in the area. I was still able to park on the side street next to the brewery. 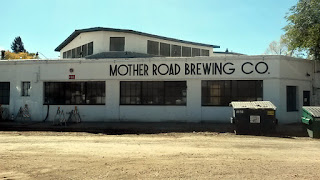 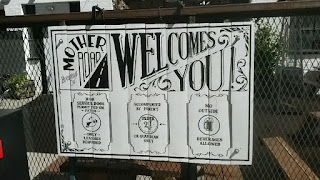 It's an "intimate" tasting room, as they call it. A few seats at the bar, with 3-4 tables outside. It's not as hot as Phoenix, but I chose to sit indoors.

There are seven Mother Road beers on draft, with a couple guest taps. 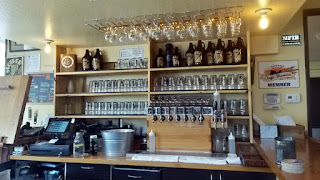 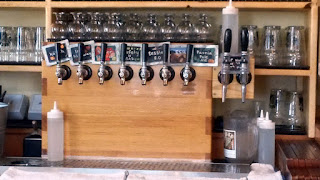 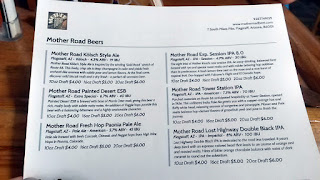 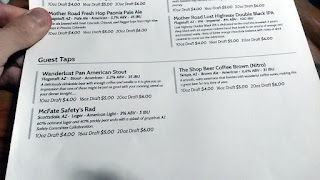 Of course, I tried Tower Station, one of the IPAs they are known for. I ended up with a pint of their Lost Highway Black Double IPA, clocking in at 8% ABV and 100 IBU. Both are great beers, and they sell cans to go. With just a couple days in Arizona, I had to pass on the cans this time. 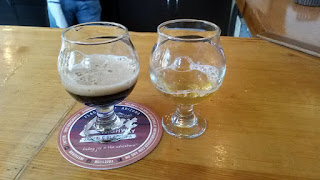 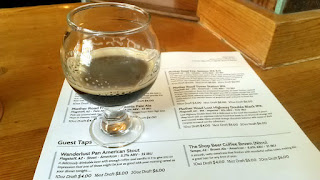 I also got some free pretzels with my beer. Score one for the panda. 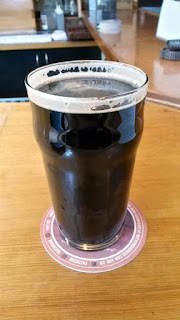 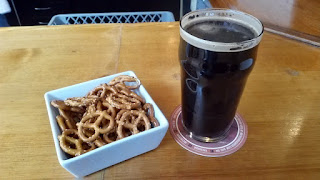 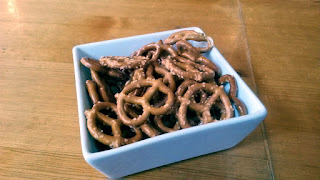 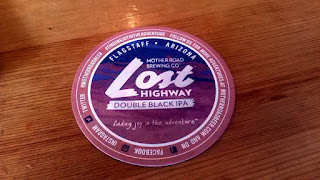 According to their website, Mother Road appears to pair with Proper Meats + Provisions and Pizzicletta (pizza) for food at the Pike location. Mother Road Brewing is closed Mondays.

If you want to take Mother Road merchandise home, they have a display with all their gear inside the tasting room. Behind that, you can see barrels of beer fermenting, probably days from being ready. 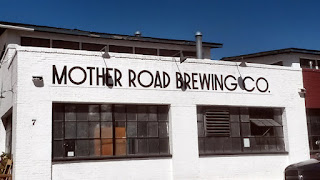 If you're in Flagstaff, head to Mother Road Brewing for some good beer! 8/10
Posted by Aaron at 12:00 AM