Muscadine is located at the corner of NE 14th and Prescott in Portland, Oregon. I had to try this place before it closes on December 31, 2017. I had planned no blog post until the 28th, but decided to post this one now due to Muscadine's impending closure. 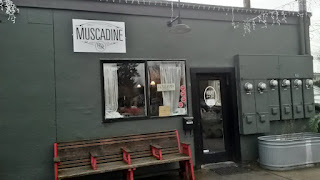 News broke about two weeks ago that Muscadine was closing. Chef Laura Rhoman has decided to go out on top, after 14 years in the restaurant business and three years at Muscadine, which she called her dream restaurant. Rhoman plans to focus on her other endeavors.

In 2015, Esquire magazine named Muscadine one of the top new restaurants in America.

I arrived about an hour and a half after opening, and Muscadine was already packed. I waited maybe five minutes for a spot at the end of the counter. 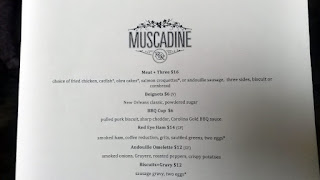 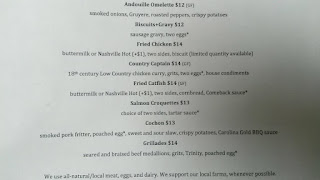 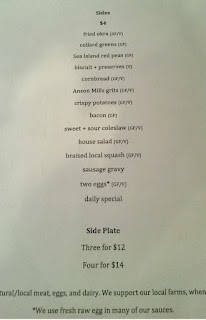 I started with coffee ($2.50) and beignets ($6). Coffee is from Cellar Door Coffee Roasters and you get unlimited refills. There are five beignets in an order, each generously coated with powdered sugar. 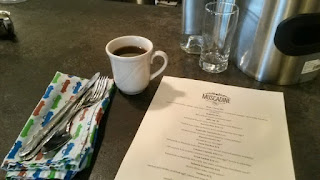 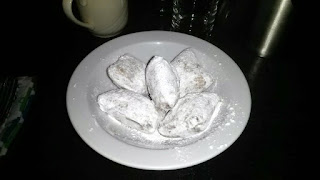 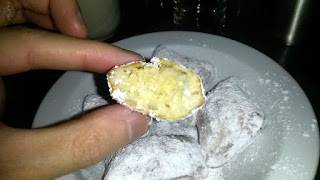 I had to go with the Nashville hot fried chicken plate ($15). Three pieces of chicken, with two sides of your choice, and a biscuit. There are only a limited number of biscuits each day, and is served with marionberry/blackberry preserves. I chose two eggs (poached) and crispy potatoes (a.k.a. home fries) for my sides. 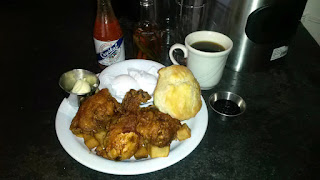 Good job execution-wise on the chicken. Very juicy and moist on the inside. I hoped for more spice, as I read Nashville hot chicken can really pack the punch. Perhaps I now can plan a Nashville trip to get the real deal.

Compared to other places, these were small pieces of chicken, too. The panda needs his protein.

I liked the biscuit, fairly light and fluffy on the inside. 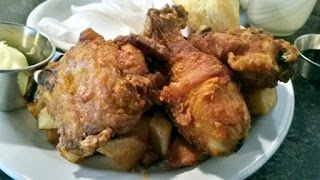 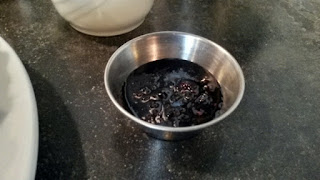 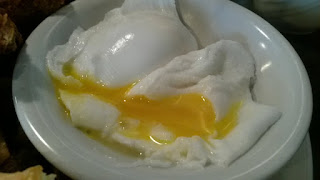 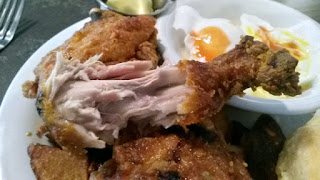 They had a chile-infused oil at the counter, with what appeared to be Thai chiles. That and Crystal hot sauce helped spice up the dish a little. 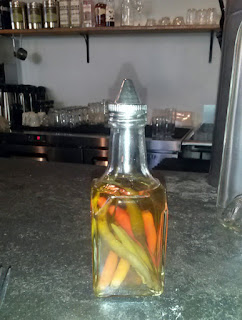 Word had slowly flocked to other customers that the restaurant was closing. I saw a few somber faces. There will be four more food services (Thursday, 12/28, through Sunday, 12/31).

Service was decent. I got to order pretty quickly, although it got slightly slow after that. Friendly staff all the way. 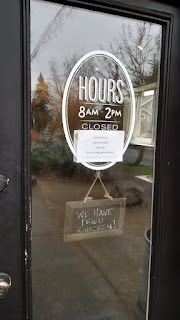 Overall, a solid experience at Muscadine. I wish I could have returned for more of their food. 7.5/10
Posted by Aaron at 12:00 AM