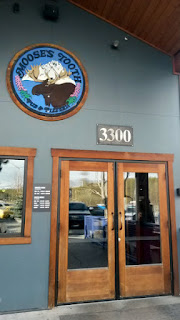 When wait times for one person can be up to 45 minutes, you know it must be a good spot. Coming here at peak dinner time on a Saturday will do that. If you're a larger party or don't want a bar seat, the pro tip would obviously be to come at a non-peak meal time.

The parking lot, not surprisingly, was jam-packed. I managed to parallel park my way into a space at the edge of the lot.

Moose's opened in 1996 and exclusively serves Broken Tooth Brewing beers. They even make their own root beer and cream sodas. 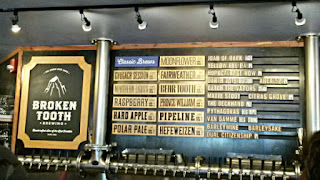 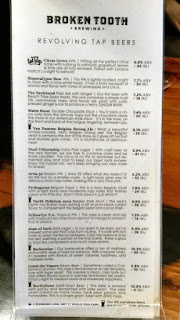 The server told me to watch out for a spot at the bar, including the three tables in the bar area, as those are first-come, first-served. Maybe five minutes later, a spot opened up and I wasted no time snagging it. Lucky panda strikes again.

As usual, I started with my beer thirty option. Broken Tooth's Fairweather IPA is the signature 6.4% West Coast-style IPA. Grapefruit with solid malt backbone. Tropical shines here. Reminds me a bit of Melvin's IPA, one that's brewed amazingly well and simply has that ideal balance of tropical grapefruit, hops, and malt ratios. Beers come in 10 oz or 16 oz sizes, and the 10 oz ($4.50) would do just fine this time. 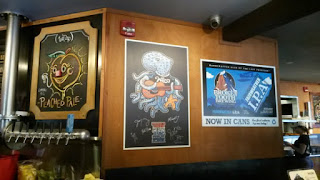 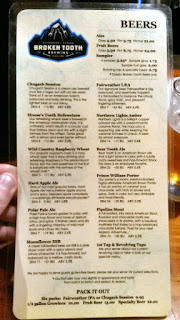 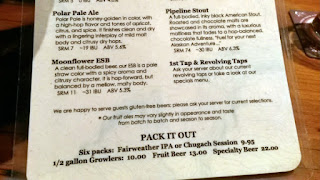 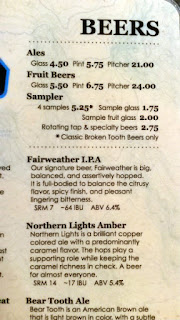 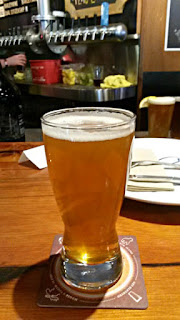 While waiting, I saw a lot of growlers getting filled. The bartenders don't spend energy tilting growlers to lessen the foam, and the beer freely flows out of the growler until they determine when to stop pouring. I almost wanted to play "Taps" for the excess beer that could have been in the growler, but hey, it's their beer, right?

Moose's is known for their pizzas, which come in three sizes: small (10"), medium (14"), and large (18"). Pizzas can also be made thin or thicker in addition to their regular pan crust, with slight upcharge for thicker crust. 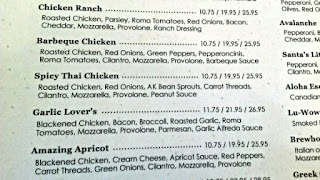 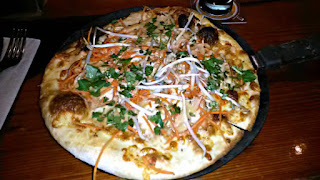 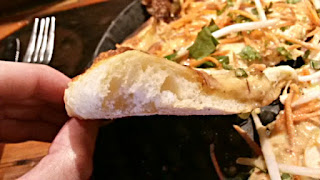 An awesome pizza. Lovely crunch on the crust, fresh veggies, moist chicken. Peanut sauce had a very slight kick and naturally worked well with everything else.

I otherwise probably would have just ordered the standard Margherita pizza if I hadn't seen the Spicy Thai on the menu, although the Greek Gyro pizza (with feta, gyro meat, and tzatziki) and the Carolina BBQ Chicken pizza (including housemade Carolina BBQ sauce and mustard slaw dressing) were also heavy contenders.

So many pizza combinations and a lot of beer options. It can't get much better.

Or can it? As mentioned before, Broken Tooth also makes their own root beer, so I had to get a small glass ($2.50). Real good sarsaparilla flavor going on in there, Very refreshing. Only downside is no free refills. 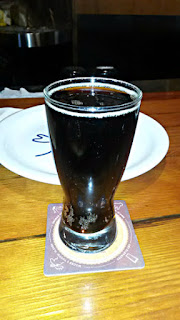 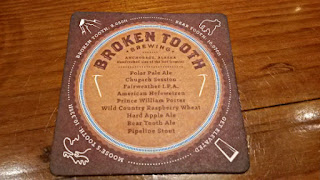 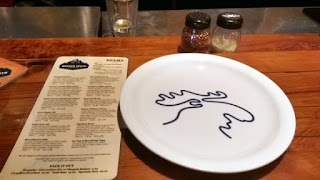 I definitely recommend Moose's Tooth Pub and Pizzeria. An awesome place to take the family. 9.25/10
Posted by Aaron at 11:00 PM