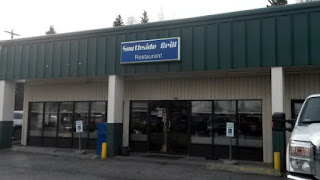 I'm a fan of cinnamon rolls, and when looking online for Anchorage spots, Southside Grill was among the choices with said rolls.

It's a diner-like feel, with seats and a counter. There are also tables and booths if you prefer that instead. When I arrived, I could seat myself, no waiting after 9 AM on a Sunday. Heck, there were no other patrons at the diner counter for most of the time I was there. 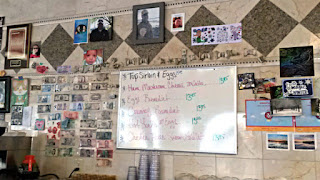 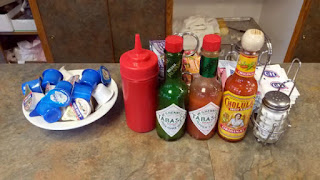 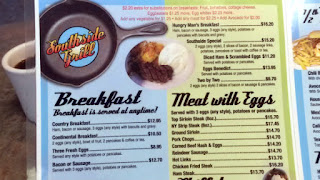 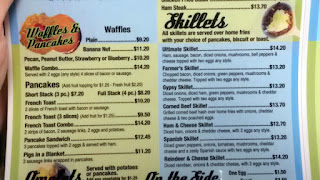 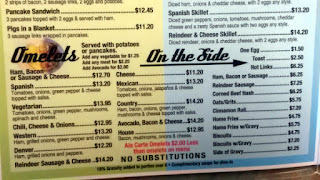 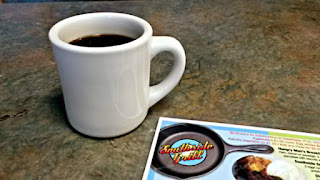 I ordered the corned beef skillet ($13.70), which combines home fries, cheddar, onions, and corned beef hash, topped with two poached eggs. The eggs unfortunately were not perfectly poached. One was overdone, maybe similar to soft-boiled inside. The other was still runny but, to me, was likely left in the water a tad too long. The corned beef hash itself was nothing fancy, but tasty. Potatoes were properly cooked. 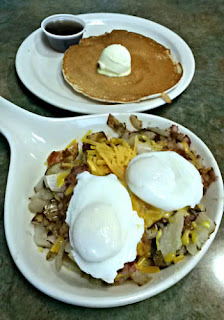 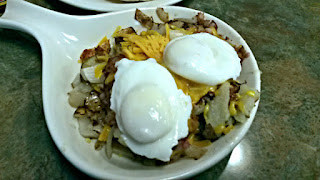 The skillet comes with choice of pancakes, biscuit, or toast. I had to get sourdough pancakes because I had heard a lot about them but never tried them. Alaska has had sourdough starter recipes for decades. They may be virtually the same wherever you go, but the history is there (at least for me).

Two sourdough pancakes here, thin and maybe six inches in diameter. The underside has that familiar bubbly look to them, like air pockets that have popped. As expected, there is a "sour" bite after a few seconds. The sweetness of the maple syrup works well against that. 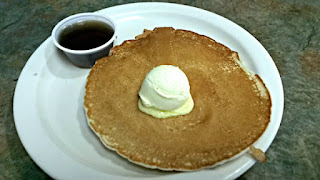 I personally like sourdough, and grew up eating grandma's grilled cheese sandwiches on sourdough bread when I was a kid. I can see how it's not for everyone, though.

And I couldn't leave without getting one of those cinnamon rolls ($7.20). Of course, it's nowhere near the size of a regular Stuffy's cinnamon roll. 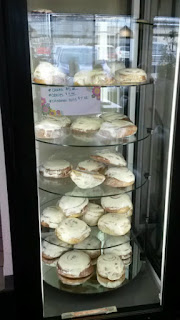 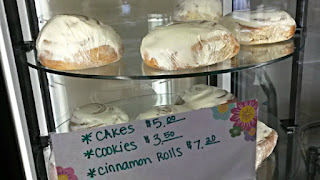 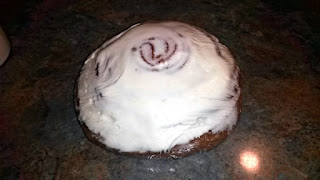 Heat it up for maybe 10-15 seconds to get it warm, so the gooey cream cheese frosting can really pop in your mouth. The roll itself is on the dense side, so warming it up is really the only way to eat this.

Good service here. Being seated near the kitchen window, I saw a lot of dishes leaving the kitchen. Most were ordering omelets or two-egg dishes. 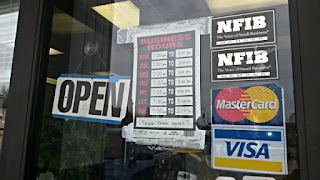 Southside Grill had its ups and downs, but was still a good breakfast. 7/10
Posted by Aaron at 11:00 PM

Email ThisBlogThis!Share to TwitterShare to FacebookShare to Pinterest
Labels: Alaska