Pork and Pickle is located at the Ted Stevens International Airport in Anchorage, Alaska. 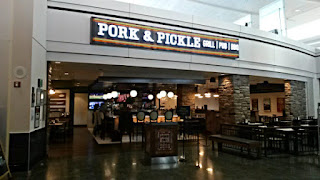 Before heading home, I had several hours to kill at the airport. In between power naps, I aimlessly walked around trying to figure out what to get. After exploring all options, Pork and Pickle seemed the way to go.

In a highly unusual move, I went to Yelp after going there and saw this place was not so highly rated (a two-star average, out of five, as of May 2019). Had I seen that beforehand, I likely would have passed on going here, period.

According to the menu, they seem more noted for BBQ and their Alaskan Cod and Chips dish. There's also a full bar available, where you can watch your sports games. 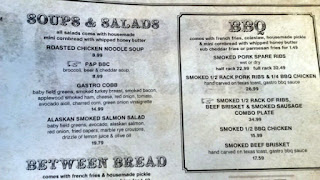 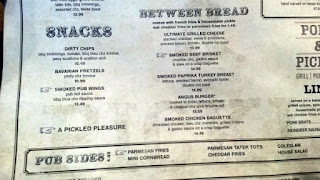 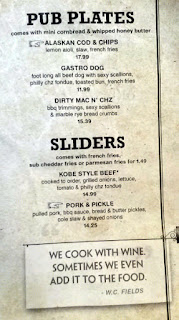 At the time, I was battling a cold, so I went the more usual route with my meal.

I ordered a bowl of roasted chicken noodle soup ($8.99). Good flavor, but nothing overly spectacular. The noodles retained their shape but were very soft; I prefer noodles al dente. I don't think I got my money's worth for the amount of soup received, though. 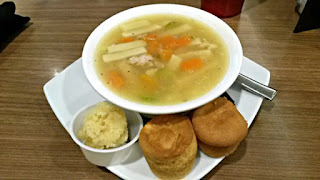 Soup came with two small pieces of cornbread, which were also good. A nice sweetness, and I didn't need the honey butter on the side. 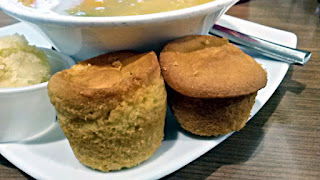 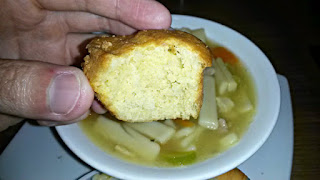 I mainly used Pork and Pickle to get my last Alaskan beer fix of the trip. I got Denali Brewing's Twister Creek IPA, an excellent West Coast-style IPA with complementing malt backbone. Some bitterness as expected in this 6.5% and 71 IBU brew. But ouch, $6.99 for a 12 oz beer.

Denali Brewing is located in Talkeetna, about two hours north of downtown Anchorage. 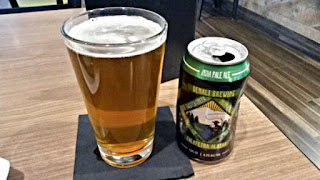 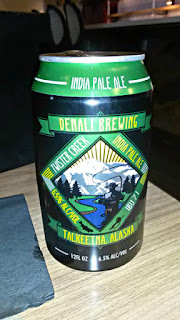 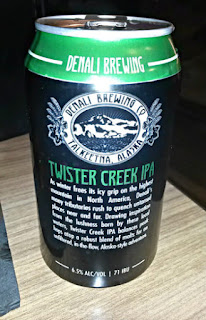 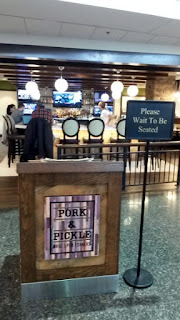 While I'm unable to comment on the rest of the food, the experience I had at Pork and Pickle was certainly fine for what it's worth. Nothing I had was truly mind-blowing amazing, but it did the job I expected. Those darn airport prices, though... 6.5/10
Posted by Aaron at 11:00 PM

Email ThisBlogThis!Share to TwitterShare to FacebookShare to Pinterest
Labels: Alaska