Botto's BBQ is located on NW Roosevelt (near NW 22nd) in Portland, Oregon. 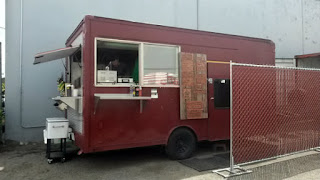 Botto's has been covered fairly extensively over the past few years. Owner Darren Bottinelli opened the cart in spring 2016. Unbeknownst to many customers, he was facing jail time for stealing $3 million from clients at his former job. Bottinelli wanted to use Botto's BBQ to help pay restitution to his victims. Still, in December 2016, the judge sentenced Bottinelli to 46 months in prison. The cart closed.

After about two years, Bottinelli was released early for good behavior and for graduating from a drug abuse program.

In mid-April, Botto's reopened on NW Roosevelt. It's tucked away a bit, the only cart in that space. Several tables, including one where you can stand at to eat your food.

Prior to closing the first time, Botto's had received tons of rave reviews. Texas-style BBQ, with everything from brisket to pulled pork. Sides included potato salad, beans, and cole slaw. 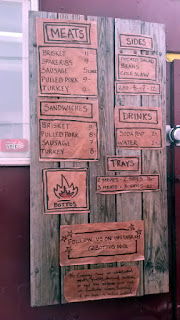 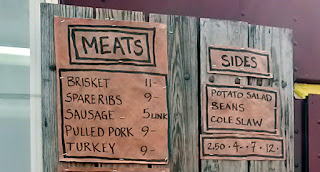 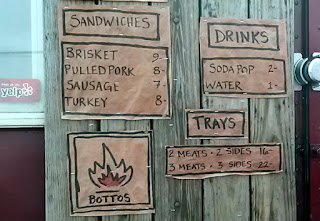 Wanting to try several items for science, the 2-meat tray ($16) seemed like a great choice. I went with lean brisket, pulled pork, beans, and cole slaw. It comes on a plastic cafeteria tray lined with butcher paper. White bread, pickles, pickled onions, raw onions, and pickled jalapenos all can be added for no additional charge. 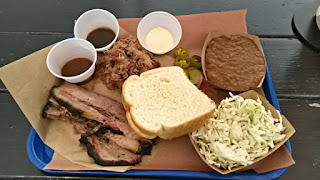 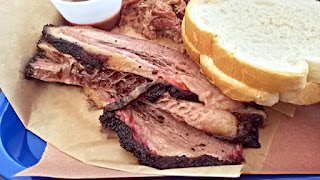 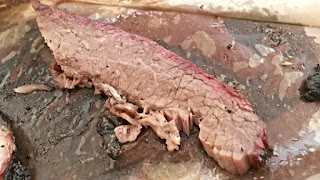 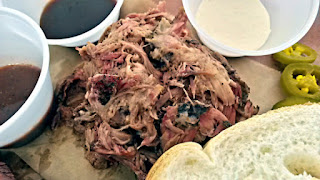 Beans are very rich, mixed in with shredded meat. Again, lots of flavor here. This cole slaw was a huge hit with me, some creaminess and very peppery (just how I like it). 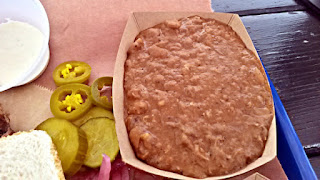 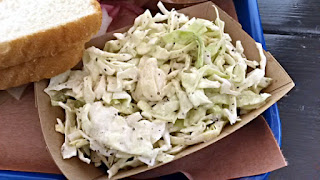 These batch of pickled jalapenos had a good kick to them. Excellent pickled onions, raw onions, and sweet-sour pickles. 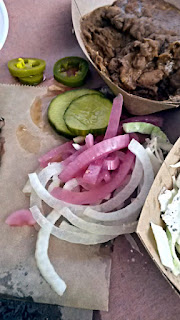 There are three sauces to try as well: 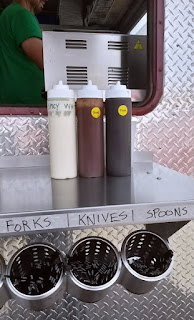 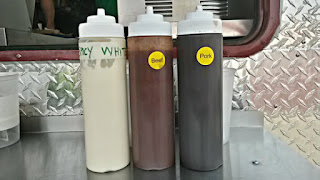 For $16, you'll leave with a happy, fluffy stomach. The two-meat tray can be split between two people, and hungrier persons can nosh away on the three-meat tray. Other patrons who came by got sandwiches (usually with pulled pork and slaw). Very reasonable prices here.

Right now, the cart is only open for lunch Wednesday through Saturday, 11 AM to 2 PM. 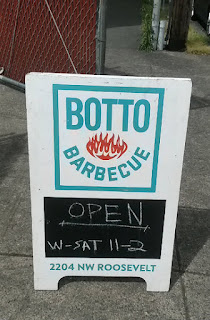 I'm glad Botto's is back. Another outstanding option for Texas-style BBQ in Portland! 9.25/10
Posted by Aaron at 11:00 PM