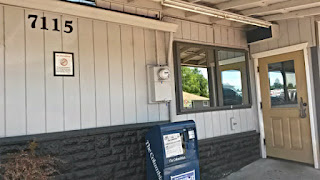 Billy Blues has a great, yet bittersweet story. Two brothers wanted to open a bar and grill, but one was killed in a car crash after the idea was launched. Fifteen years later, the surviving brother opened Billy Blues to make the dream a reality.

It's a nice, laid-back atmosphere at Billy Blues, at least until any live music or events occur. Lots of parking around the building to bring big crowds. 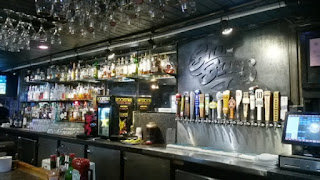 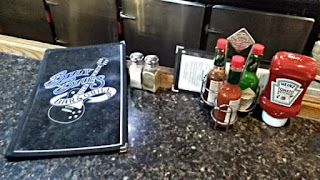 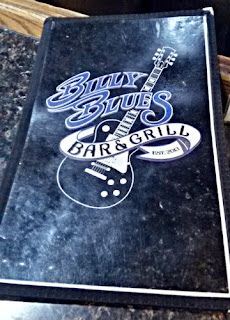 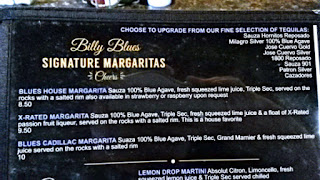 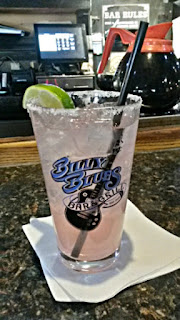 For food, the Bacon Mushroom Swiss Burger ($12) called my name. Sauteed mushrooms, grilled onions, mayo, pepper bacon, and Swiss in a soft bun. The burger is cooked how you want it, so I asked for medium this time. 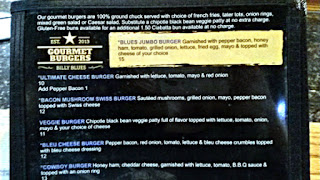 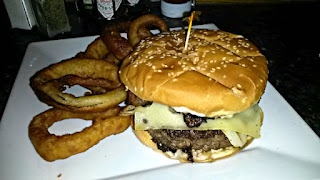 I asked for no mayo, yet the burger still came with it. To be fair, it wasn't a lot of mayo anyway, so no big deal there. The patty itself was seasoned wonderfully and incredibly juicy. It may have been more medium-well in the center, but the outskirts of the patty were consistent with medium. Excellent bacon, mushrooms, onions, and Swiss rounded out a kickass burger. 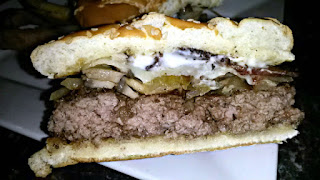 For sides, you get choice of fries, onion rings, tater tots, or salad. Onion rings here are good, yet I think the batter-to-onion ratio leaned too heavily towards the batter side. It was otherwise cooked to a lovely golden brown. 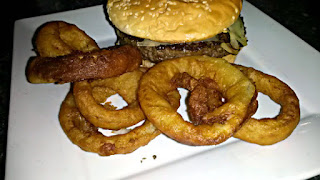 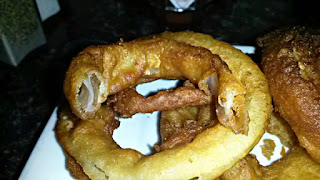 While Billy Blue's may get busier during events, it was a small crowd when I arrived (just after peak lunchtime on a Saturday). Bar was completely empty other than me, and just a few tables were occupied. 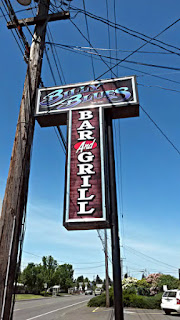 Decent service here. With the menu also including sandwiches, pastas, and steaks, Billy Blue's is more than just a dive bar. It churns out some pretty good food, too. If you're in SW Washington, this is a solid spot to try. 8/10
Posted by Aaron at 11:00 PM