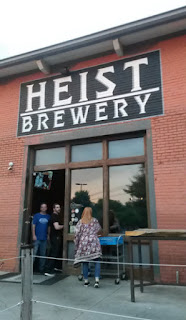 I must have driven about 450 miles that first day (Charlotte to Tennessee and back). In my previous post, I noted some food plans were altered due to thunderstorms. Luckily, the bad weather did not follow me back to North Carolina, and I was in the clear the rest of the trip.

But then one more wrench. I wanted to stop in Asheville and check out Wicked Weed Brewing, but they were extremely busy and parking would have been a pain to find. I considered downtown Asheville similar to a mini-Seattle in appearance - but at least the traffic was good. I hightailed it out of Asheville and drove another 100+ miles back to Charlotte.


After arriving back in the Queen City past 8:30 PM, I looked for a brewery to stop at, and Heist was recommended to me. It's back in the NoDa (North Davidson) neighborhood, where I previously noted felt like a mini-Portland. Multiple styles of beer on the menu here, but mainly hazy IPAs. 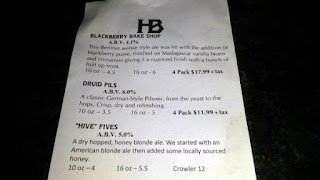 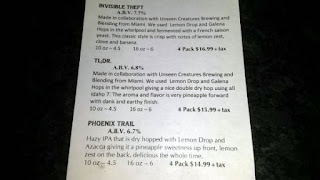 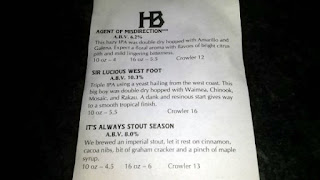 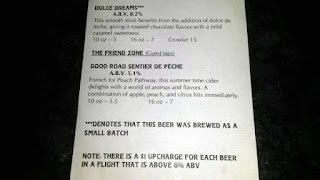 Not surprisingly, on a Friday night, a full parking lot. A good number of spaces, all fairly narrow. I luckily got there as 2-3 cars were leaving. Heist has two bar seating areas inside, and I went to the back bar. 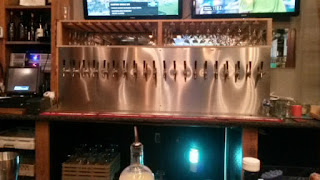 It's $10 for a flight of five 5 oz pours. Although their Citraquench'l hazy IPA is one of the beers that made me want to go to Heist, that was not on the taplist at the time. I instead got four other IPAs and a stout.


Heist has a lot of other food items. Woodfired flatbead pizzas tend to sell the best, but they also have jumbo whole wings, their take on poutine, and a few burger options. 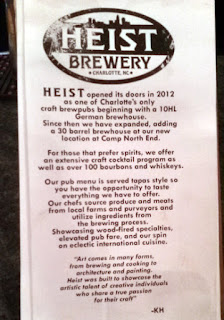 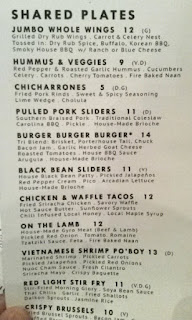 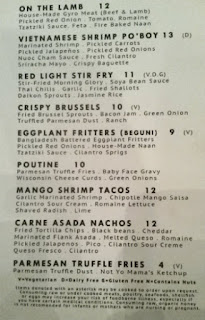 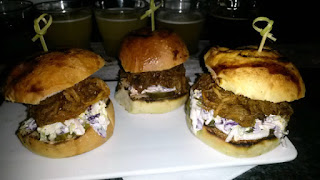 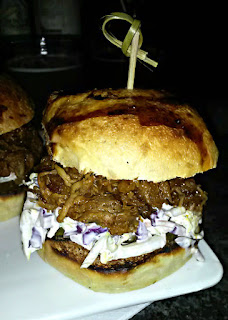 Excellent sliders here. Homemade soft brioche buns, grilled on the underside and on top. Tangy and juicy pulled pork, noted as braised on the menu. The slaw was colorful and crunchy with the proper amount of mayo in there. Tangy dill pickle slices inside brought more acidity and flavor. 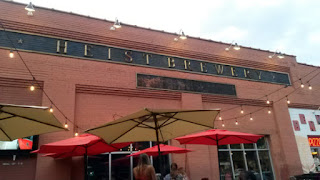 They have Whiskey Wednesdays ($5 whiskey drinks) and trivia on Wednesdays at 8 PM.

I can see why Heist is one of the breweries to try when in Charlotte. Another awesome brewery experience. 8.5/10
Posted by Aaron at 11:00 PM