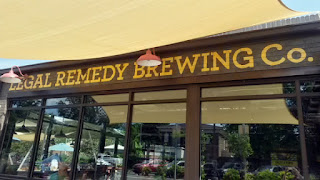 Sometimes, you find a place that you simply cannot pass up, no matter what. That was Legal Remedy Brewing in a nutshell. Rock Hill is probably a 30-minute drive south of Charlotte.

For those that don't know, I have a background in law. And I love beer. Legal Remedy basically combined both. All the beer names have legal terms. The restroom is the "chambers." The tap handles look like gavels. All we needed were judge robes for the bartenders (but sadly there were none). Considering it was 95 degrees outside in late June, I think passing on the robes was a good call anyway. 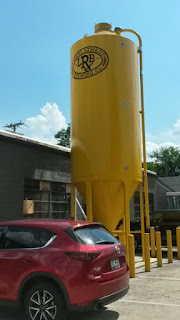 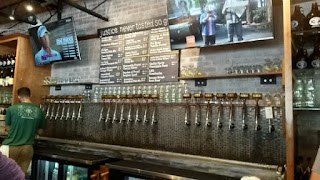 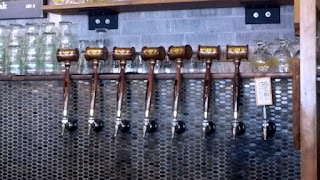 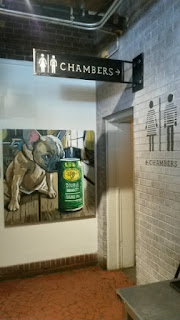 The food lineup looked outstanding. Everything from nachos to burgers/fries, and even calamari. I had already planned getting dinner back in Charlotte, so the food would have to wait for another adventure. Frankly, I want to get back to the Charlotte area again before I turn 50 (which gives me a lot of time). Lots of places on my bucket list in the meantime. 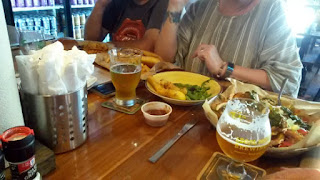 But back to the beer. The year-round brews are "The Usual Suspects" and other rotational offerings are "Now Serving Time". I searched for mainly the IPAs, but I also had a couple others. 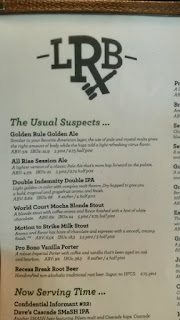 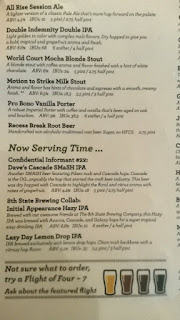 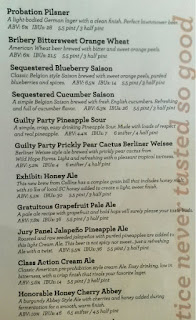 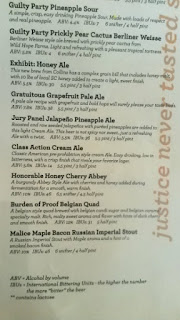 If you get the "Flight of the Week", it's $7. When getting four 5 oz pours, I consider that a mega steal. And I don't think it matters which four beers you get.

For the record (yeah, legal brain talking), here's what I got: 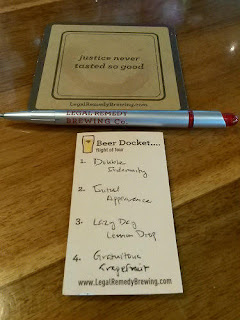 I then had to try a sample of their house-made root beer. Outstanding here, good sarsaparilla flavor and refreshing. A must-try if you are a root beer fan.


I asked if I could buy some pint glasses, and yes, I could. $5 per glass, so I took home a nice souvenir from the trip. I thought about getting a shirt as well, but the one I was interested in had a hood, which I didn't care for. 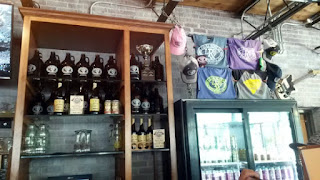 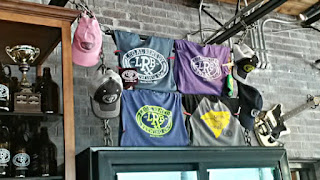 When I got to the brewery around mid-afternoon, a few patrons were inside. By the time I left a couple hours later, it was jumping with customers. 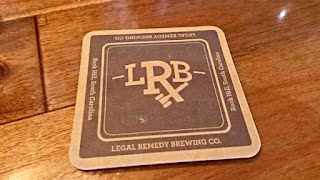 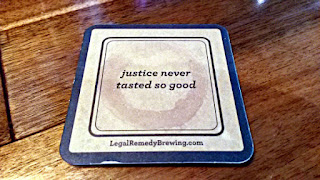 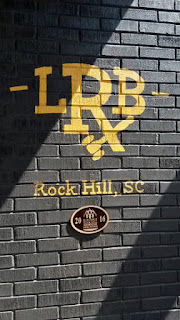 Legal Remedy is just outside downtown Rock Hill, and there's a good-sized parking lot here. Downtown was practically a ghost town because I went on Saturday.