Midwood Smokehouse has multiple locations in North Carolina. This blog post covers the location on Central Avenue in Charlotte. 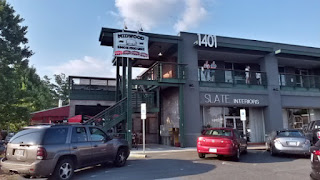 I rounded out Day 2 of my Charlotte trip at Midwood's Central Avenue spot. It's literally across the street from Snooze, where I had my first meal in the Queen City.

I figured it would be a heck of a wait at 7 PM on a Saturday night, and sometimes it helps that I travel solo on a few of my trips.

Had I wanted a table, it would have easily been over a one-hour wait. Just like at many other establishments, the bar is first-come, first-served and I was told to watch out for an opening. After maybe 10 minutes, a space opened up and I gladly snatched it.

Midwood brings a bit of Texas-style BBQ to North Carolina, known more for its brisket than the pulled pork. But all the proteins are highly recommended here. 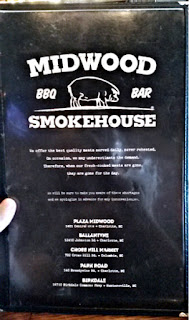 Full bar here, which even includes probably a good 20 taps of beer, but after getting my beer thirty fix elsewhere, I solely focused on the food this time. 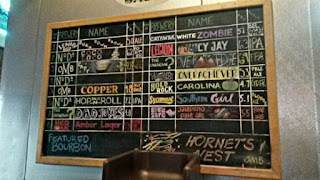 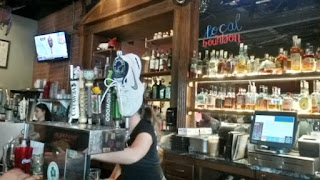 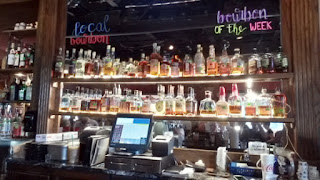 Depending on the day, there are certain food specials. On Fridays and Saturdays, the jalapeno jack cheese cornbread appetizer ($9) is one thing to get. It comes in a cast-iron pan and is outstanding. it's moist, with a crunch on the outside and a hybrid soft-crumbly interior. There's some corn in the cornbread, and the jalapeno is well represented without taking over the entire experience. The honey adds some sweetness that works against the savory ingredients. Butter on top. It's a good-sized piece of cornbread that is meant for two people to share. 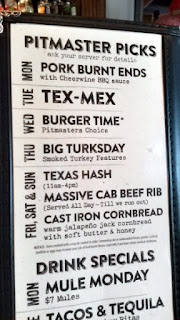 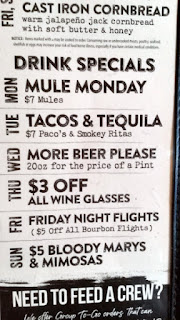 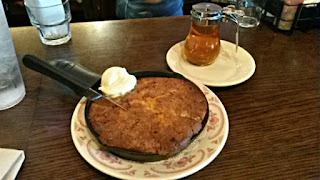 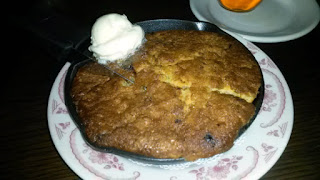 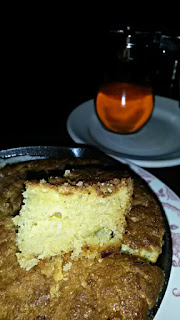 The Fat Matt sandwich ($13) is a brisket sandwich with apple jalapeno slaw and Midwood's signature BBQ sauce. Excellent slaw here, crunchy with a bit of tang from the vinegar. Minimal heat on the jalapeno, and they appear to use Granny Smith apples. Toasted bun on the underside. 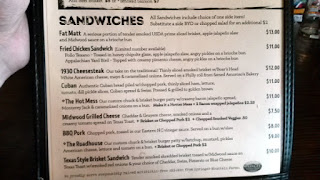 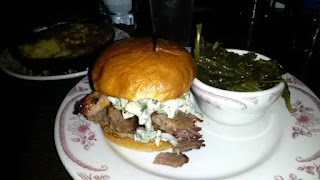 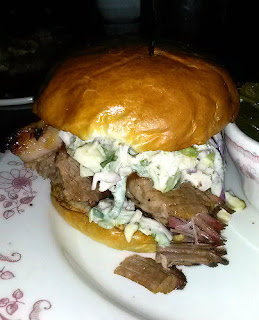 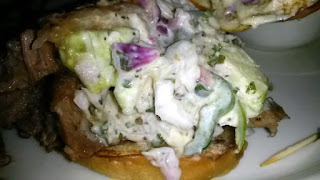 That brisket is the gospel. A mix of fatty and lean slices. Amazing pronounced smoke ring on there, and the meat is tender and juicy. 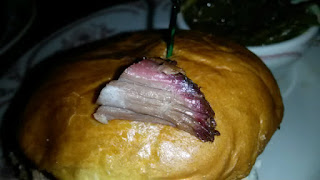 I was given two sauces as shown in the picture. The one on the left is more Texas/KC style, tomato-based and sweeter. The one on the right is more Lexington and Carolina influenced, being vinegary, peppery, and otherwise straight liquid. 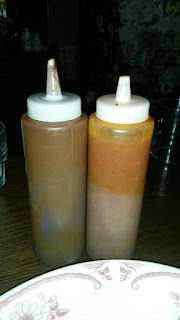 I went outside my usual comfort zone and had some collared greens because I was in the South. I thought they were nicely prepared, but admittedly, my sides may default back to more cole slaw, baked beans, or mac and cheese next time. Or fried okra, if available.

If I head back, I will likely try the pulled pork or one of their other proteins. 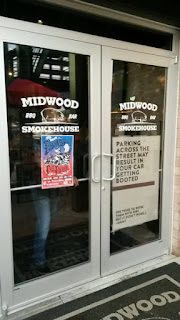 Midwood Smokehouse is an awesome spot to hit up if you're in Charlotte! As of 2019, there were five spots in and around NC, so check one of them out! 8/10
Posted by Aaron at 11:00 PM