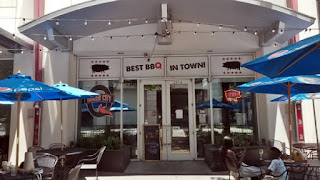 After three days, nearly 1100 miles of driving, and my share of calories, I concluded my eating adventures in downtown Charlotte. Downtown is lovely. High-rise office buildings, rail system, and good food. I was called "love" more times by the ladies here than I'll probably ever get anywhere else in my life. 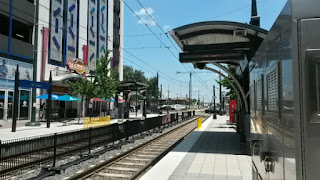 Queen City Q made my final cut of places to try for the business name and its pulled pork.

There were people Sunday in downtown, but Queen City Q wasn't too packed around 12:30. I took a seat at the bar. Full bar here, maybe 15 beers on draft and another 12-15 in cans. 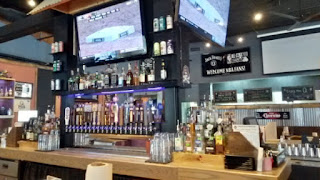 For beer, I went with a pint of the Cavendish Foggy Mountain NE-style IPA ($6). Cavendish is based in Gastonia, maybe 30 minutes west of Charlotte by car. 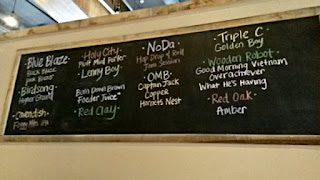 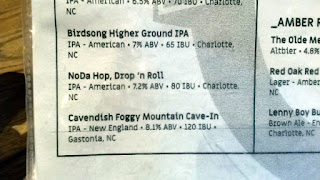 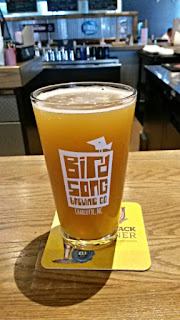 The beer is an 8.1% Double IPA that is listed at a whopping 120 IBU, Trust me, it's nowhere near 120 IBU. Hazy light orange in appearance, it's tropical-forward with lots of tangerine and stone fruit from start to finish. One of the top beers I had on my trip.

Typical BBQ menu here, from appetizers to platters to sandwiches. My friend told me about a local item called Brunswick Stew, but I passed on it this time. Definitely next time, though. 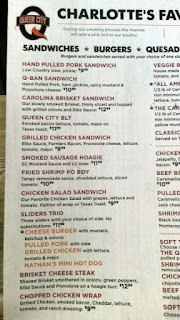 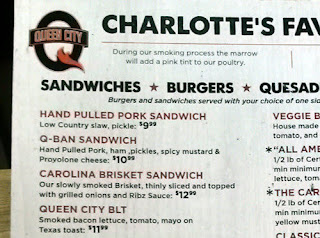 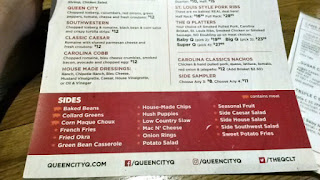 I went with the Hand Pulled Pork Sandwich ($9.99), which comes with their low country slaw and pickle. It also came with one side, and I chose the fried okra. 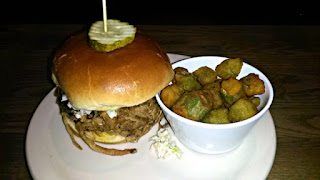 Top-notch pulled pork here, generous in amount, extremely juicy, and tender. Definitely consistent with the hand-pulling than the chopped pork North Carolina tends to be known for. It's an ideal bun that holds its shape but gives way when you bite into it. Again, I really enjoyed the slaw here. Not too creamy, and the cabbage and carrots are diced small instead of the usual ribbon strip look.

And dude, you need to get fried okra. Perfectly fried crispy on the outside and soft inside. Similar texture and taste to zucchini. 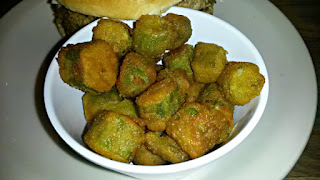 Queen City Q brought me their set of five sauces to try. I quickly learned I'm a South Carolina mustard fan. The other sauces I had: 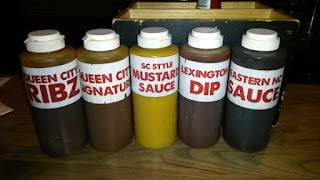