Time Out is located on E Franklin in downtown Chapel Hill, North Carolina. 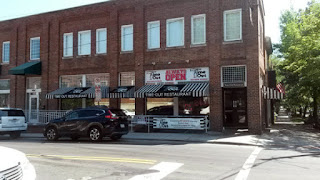 For my final day in Charlotte, I drove over two hours east to Chapel Hill. I might as well take full advantage of those unlimited rental car miles, right? Aside from a bit of traffic 2/3 of the way there, I got to UNC territory with no troubles.

Downtown Chapel Hill is wonderful. And here's a tip: Free parking on Sundays in the parking structures. Street parking may also be free, but people park there first because it's not as far a walk to a destination. Park in the structure if you don't mind walking a bit. 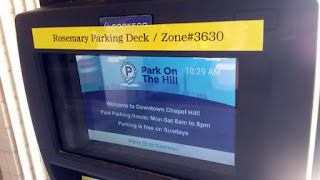 Time Out was featured on the first season of Man v. Food. The episode first aired on March 18, 2009, and likely was taped sometime in late fall or winter 2008 (Adam Richman was wearing a scarf and a jacket in the episode). 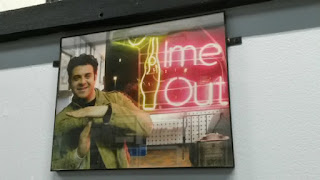 According to the episode, and probably to many people around the University of North Carolina, Time Out is the place to get your Chicken & Cheddar Biscuit. It's more of a casual, cafeteria-style experience. If you dine in, you'll even get one of those plastic trays.

Remember Eddie Williams from the MvF episode? He's still the owner and still there as of June 2019 - and he took my order. 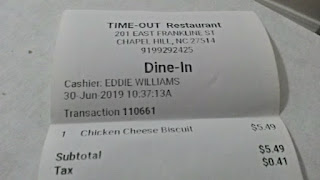 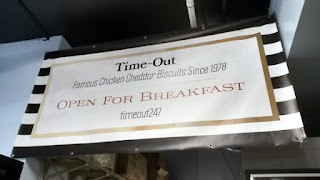 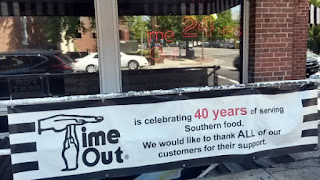 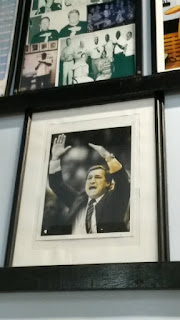 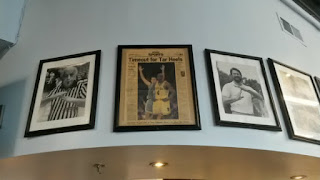 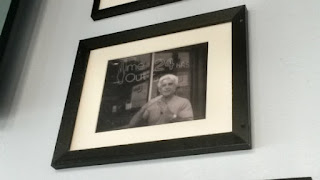 Time Out was empty on a Sunday, and it also likely was empty because the college kids were gone for the summer.

You know I had to get my Chicken and Cheddar Biscuit fix ($5.49). A square biscuit, a piece of fried chicken, and a slice of cheddar. It was admittedly a bigger biscuit sandwich than I expected. Very good size. 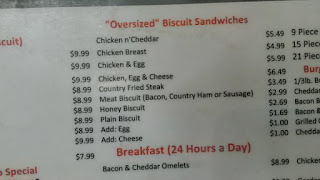 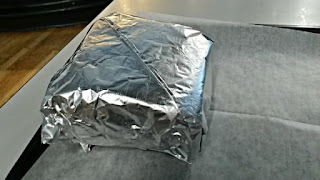 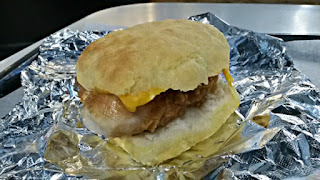 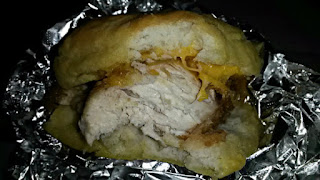 That biscuit has that slightly crispy exterior but is very soft on the inside. The well-seasoned, juicy chicken breast was lightly battered on mine, but at least that allows the protein to shine a bit more. The melted cheese brought it all together. It's such as simple food item, but oh so delicious.

Time Out even explains that, by making square biscuits, they ensure that the biscuits will not be tough. And damn, that biscuit was glorious. 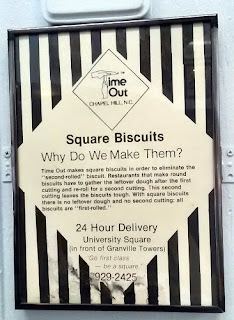 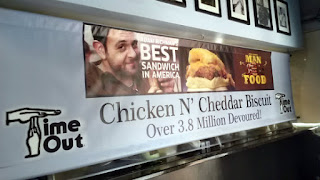 While I don't make MvF spots a priority on my travels like I used to, I'm glad I drove all that way to go to Time Out. You feel the Tar Heel tradition there, and now I can say I've had my Chicken and Cheddar Biscuit there. 9/10
Posted by Aaron at 11:00 PM