3-in-1 Frozen Creamery is located on West Broadway in Newport, Tennessee. 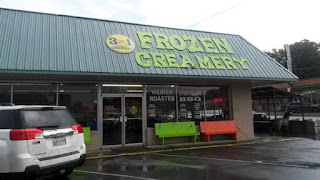 After barely any sleep on my redeye from Portland to Charlotte, I got breakfast and drove it four hours west into Eastern Tennessee, which included stops in Pigeon Forge and Newport. Then, naturally, I was introduced to the lovely thunderstorms the area can bring. I had initial plans to hit another place to eat in Pigeon Forge, but when the weather took a turn for the worst, I figured a spot on the way out of town (and less congested with traffic) was the more prudent play.

The name of the place screams soft serve (which it does have), but also serves Filipino food. Never would have imagined the latter in the area in a million years. So therefore, I had to stop for science. 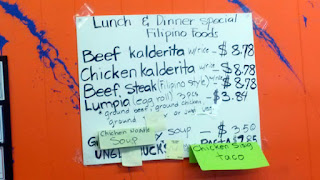 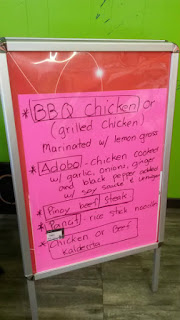 The walls are adorned with biblical phrases. Smokers and covered grills outside. I guess I'm in the South. 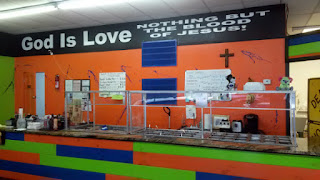 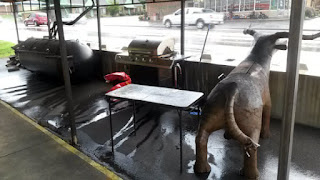 Since I had no idea on what to get, the people there whipped up several samples of their menu items, which took a few minutes to do. 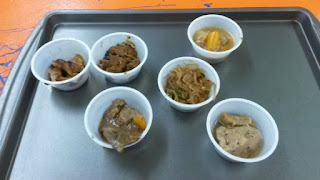 I ended up getting the pancit (noodles) with BBQ chicken ($8.78), and they threw in one lumpia (spring roll) as part of the meal. All things considered, it was a nice meal. Good noodles, juicy chicken, and a freshly made spring roll. 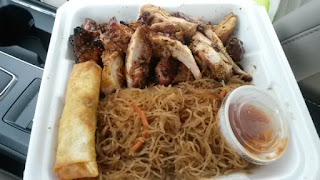 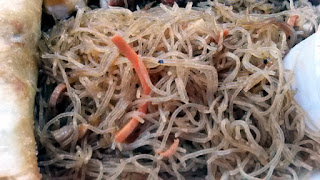 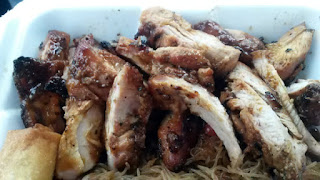 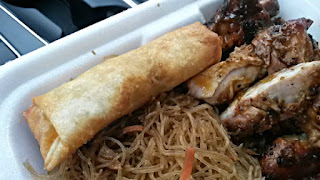 One more interesting thing: at self-serve soft serve spots (say that three times fast), the cost is usually determined by weight. Not here; it's a fixed price depending on the size of the container. 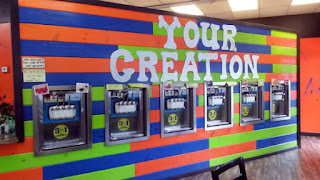 It sounded like the employees or owners here were looking for a new spot or had found a new spot elsewhere, so I'm not sure how long more they will be at this particular location. 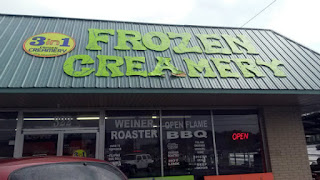 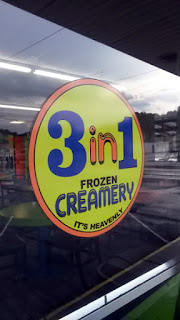 Frankly, an unexpected and decent find in Eastern Tennessee. 7.5/10
Posted by Aaron at 11:00 PM

Email ThisBlogThis!Share to TwitterShare to FacebookShare to Pinterest
Labels: Tennessee