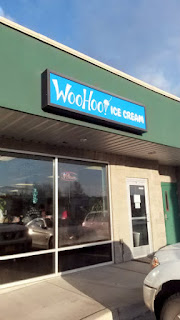 A family-run business, Peter went to UH-Hilo for college studies, while his wife, Taian, is an Alaska native (Fairbanks).

There are roughly 10 or so flavors for sale each day. Sizes include a kid's scoop (half the size of a baseball, $2), single scoop (baseball-sized, $4), and double scoop ($6). 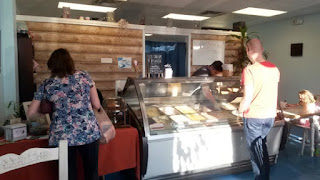 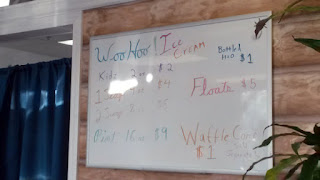 Cookies and Cream is generally the most popular flavor, described as eating an Oreo milkshake. Another flavor I saw was Thai Iced Tea, which is exactly how it sounds, perhaps more on the tea side as far as flavor goes.

I tried Velvet Thunder, a rich, velvety chocolate ice cream made with local chocolate. Roughly 63% cacao. Very smooth with the honey in the ice cream base.

That Maple Butter Pecan ice cream, though, was a big winner. Extremely smooth and buttery texture. Small bits of pecan in every bite. Maple syrup brings everything together. 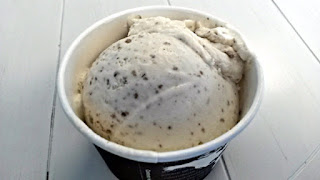 WooHoo also seems to be a place where people come to play games. I saw people playing cards and checkers at adjacent tables. At maybe 8 PM, the place had a steady line of customers.

It's interesting that Anchorage is probably a small-enough place such that the workers there tend to know who has been in before and who hasn't. They definitely knew I wasn't there before. They asked if I wanted a punch card, but since I was from out of state, I declined.

There should be plenty of parking spaces such that finding a spot isn't an issue. 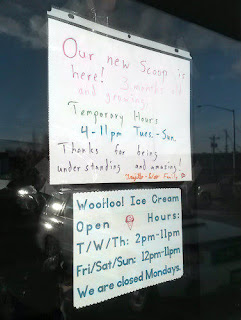 WooHoo Ice Cream will definitely have you shouting "Woohoo!" while eating their treats. A wonderful dessert spot in Anchorage! 9.5/10
Posted by Aaron at 11:00 PM

Email ThisBlogThis!Share to TwitterShare to FacebookShare to Pinterest
Labels: Alaska, The Elite (9+ Rating)