Mother's Bistro and Bar is located at the corner of SW 3rd and Ash, as part of the Embassy Suites Hilton hotel, in downtown Portland, Oregon. 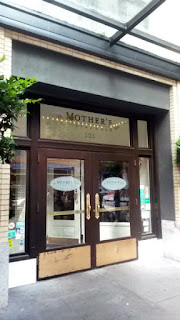 After being in the same spot for nearly 20 years (at SW 2nd and Harvey Milk), Mother's Bistro moved to a larger space inside the Embassy Suites hotel, and which is accessible from the street. Meanwhile, the SW 2nd location has become an affiliated spot, named Mother's Velvet Lounge and Cafe.


I met a friend here for Saturday brunch around 9:30. Figured that still meant a good wait time despite the larger space. Luckily, we were seated in maybe 10 minutes. Had it been regular lunch hour, I'd guess a more considerable wait time.

I had been to Mother's only once before, and even then, I had no food. I just had a drink with Jeff, owner of nearby Mama Chow's Kitchen. It remains a full bar at the new Mother's location.

Menu remains the same, at least to my knowledge. 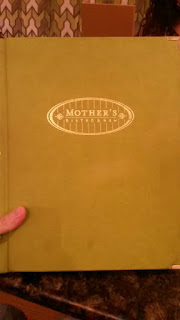 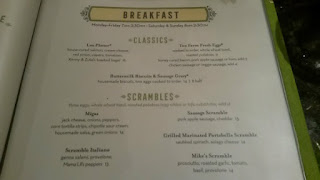 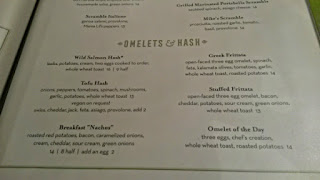 Being brunch, I started with coffee. Good stuff here, and unlimited refills, like at most places. My friend also got coffee, but added an extra spicy Bloody Mary. She liked the Bloody Mary mix but would have liked it even spicier. We totally think alike. 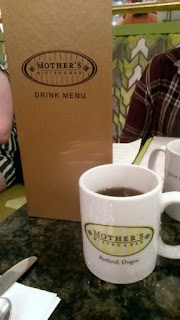 Next up, we split their house-made Pecan Cinnamon Roll with caramel cream cheese icing ($5). Outstanding start here. Soft cinnamon roll with pecans distributed nicely throughout, and icing that was not too sweet. A generous portion to split if getting an actual meal with this. Otherwise, one person can easily tackle this with (or without) coffee. 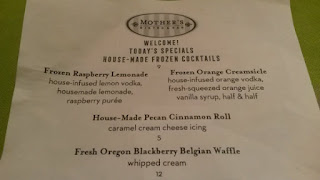 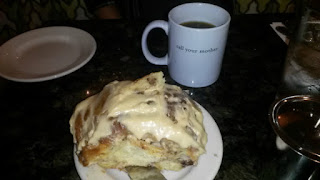 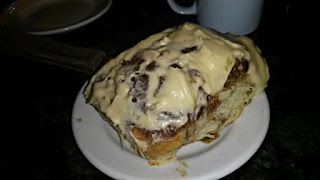 I ordered Mike's Scramble ($14), a three-egg scramble with prosciutto, roasted garlic, tomatoes, basil, and grated provolone. Full of flavor from the first bite and very delicious. It came with a small side of roasted potatoes and two half-slices of wheat toast. I would have liked a few more potatoes with the meal, but otherwise no complaints. 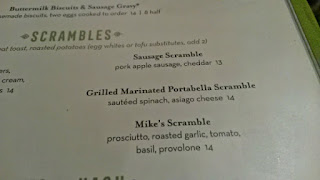 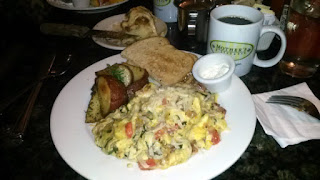 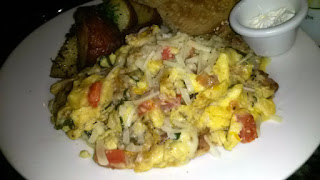 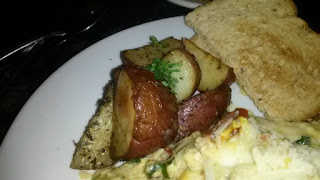 My friend enjoyed her half-portions of the Buttermilk Biscuits and Sausage Gravy ($8 half-portion) and Crunchy Challah French Toast ($6 half-portion). The latter is dipped in cornflakes and grilled golden brown. 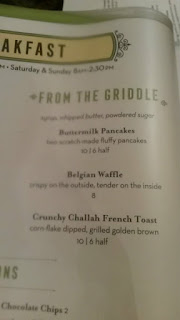 Very good service here. Notably, we had a couple sitting on my right where the man surprised his girlfriend/wife with a birthday dessert. Happy fun times. Need more of that in today's world. 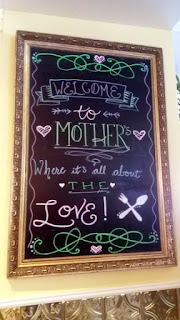 I'm sure if I came here by myself around the same time or earlier, I may have just requested a bar seat and likely avoid any waiting.

I've heard so many positive comments about Mother's Bistro over the years, and now I can finally add my positive experience to the list. 9/10
Posted by Aaron at 11:00 PM