Penguin Poutine and More is located on E Burnside, just outside Leikam Brewing, in Portland, Oregon. 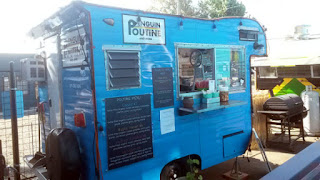 Previously located in Gresham, the cart moved to its current Burnside spot in late July 2019.

The menu features poutine, the French-Canadian dish that typically contains french fries, gravy, and cheese curds. Here, Penguin Poutine uses semicircular potato slices (a.k.a home fries) in lieu of french fries. The cheese may be cut more into slices resembling curds than actual cheese curds themselves, but I think that's a genius move. Curds tend to be more expensive than just getting regular cheese, and can greatly impact food costs for a small business. 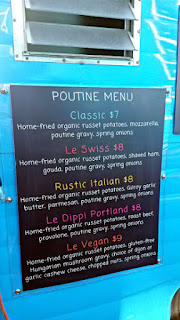 There are five types of poutine on the menu, from the classic to a vegan-style using cashew cheese and mushroom gravy. Only one size. 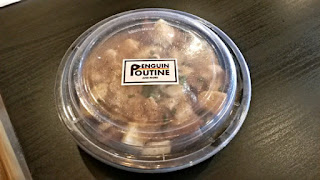 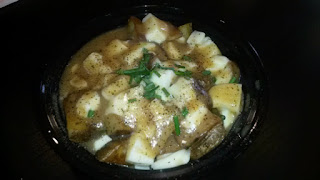 The gravy has a creamy texture and reminds me of a chicken-based stock. This place had the most cheese curds ratio-wise of any poutine I've had in the United States. They melted into the gravy and the potatoes, and I swear I got a very slight squeak out of some of them. I was very happy with this dish overall. 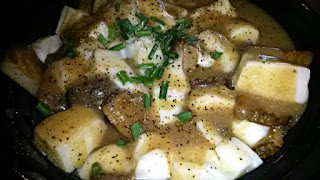 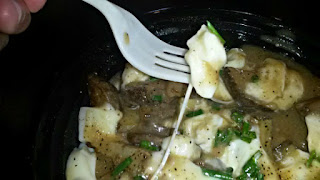 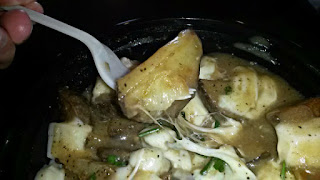 I have my eyes set next on the Le Dippi Portland ($8), which includes roast beef and provolone.

For the warmer months, Penguin Poutine even has shave ice. I saw one come out of the cart while I was there. It has promise, but coming from Hawaii, I tend to be very particular about my shave ice. 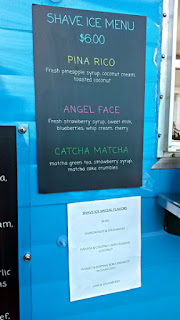 I'm glad there's another poutine cart in Portland. I really enjoyed the dish at Penguin Poutine and plan to return in the future. 8.25/10
Posted by Aaron at 11:00 PM