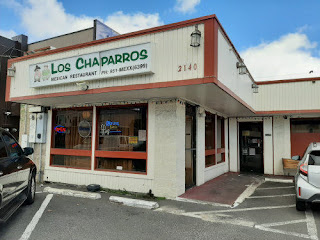 My mom and I went here on a Saturday after seeing some good reviews on this place. There's very little parking in the parking lot, maybe about six marked stalls. A couple more cars could squeeze in, but otherwise, you'll need to walk here and/or park on an adjacent side street.

Los Chaparros can seat a bunch of people. Way more tables than number of stalls. The inside has the stereotypical Mexican restaurant colors and decorations. They open for a few hours during lunch, close briefly, then re-open for the dinner rush. 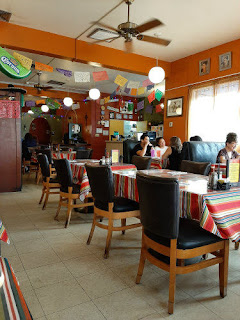 Menu options are the usual. Tacos, burritos, enchiladas, tamales, among others. A separate small dessert menu also available. A limited selection of beers and tequilas. A few margaritas, with option of blended or on the rocks. 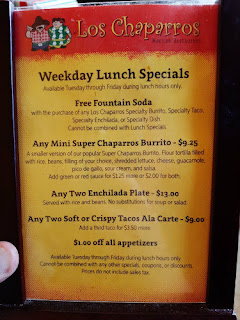 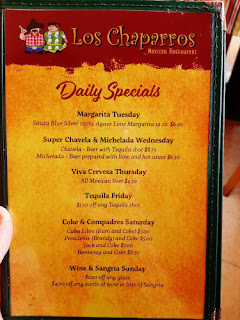 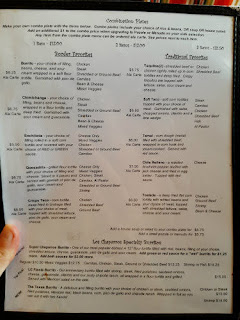 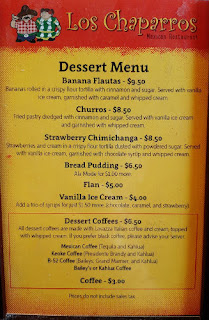 As usual, a basket of salsa and chips to start. While the first helping is free, any orders after that will cost money. The basket didn't have a lot of chips in there to split among two people, like how other restaurants might have it. 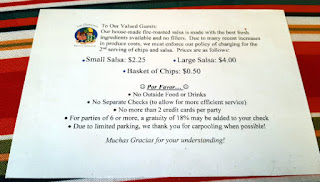 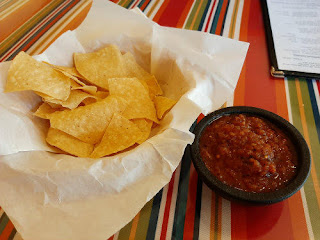 The salsa, though, was amazing. Basically blended into a mash, lovely fire-roasted tomatoes. Full of flavor. I'd probably be content with the salsa, chips, and a margarita on most days.

Speaking of margaritas, I got a blended original lime margarita ($8.75), adding li hing mui powder for an extra 25 cents. A salty-sweet plum powder with an earthy-red color, the li hing is blended into the margarita itself, then added to the rim of the chilled glass. 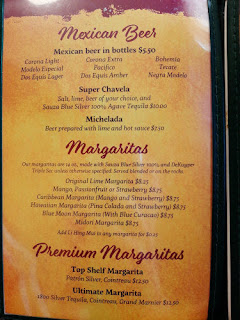 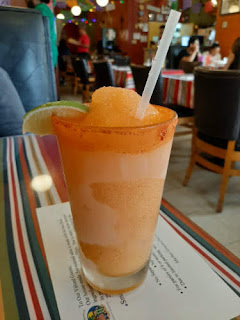 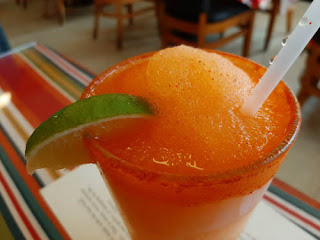 A bunch of people get combination plates, where you can try 1-3 different items.

We got three items: A veggie burrito, chicken enchilada with green sauce, and a tamale with shredded beef inside and red sauce on top, adding rice and beans, for $21.95. It's a good amount of food that two people can split. 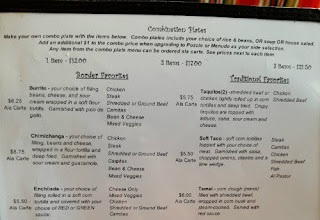 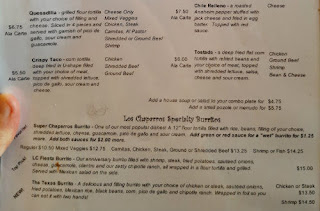 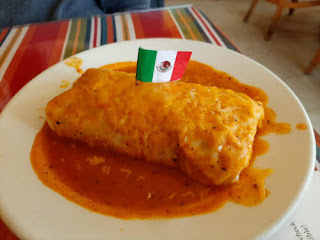 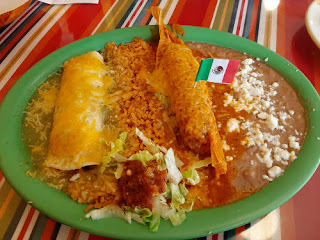 The green sauce tastes like a typical tomatillo-based sauce with a bit of mild spice. The red sauce is richer and even milder. The burrito was fine for what it was, but it was more for my mom so I just had one bite. The burrito itself came with sour cream, which I normally would also not get.

The dishes I did have were also OK. It's an acceptable enchilada, with pulled chicken, but the flavors were not popping. In the tamale, the shredded beef was a bit dry, although the masa was very good. Beans and rice were fine. 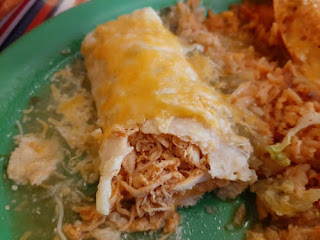 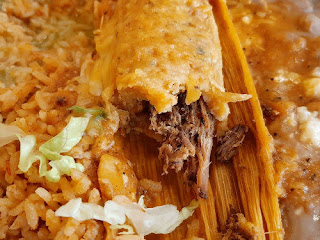 The biggest concern for me was a cool to lukewarm plate, and thus food that was not piping hot. The plates were likely sitting around for several minutes.

At least the service was very friendly. That at least will make me consider giving this spot a second chance.

The experience started nice, but hopefully any entrees I get will be better on any return trip. 6.75/10
Posted by Aaron at 12:00 AM