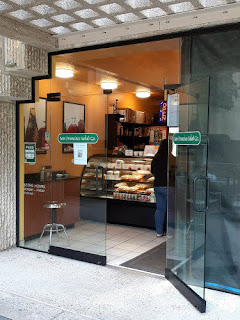 My mom suggested that I try this spot, as she and her friend have been fans for a while. It's a small booth along a pathway between buildings. It's adjacent to Pauahi Tower and the ASB building.

A simple menu here, with several salads and 4-5 soups. To date, I've tried a couple items on the menu for science. 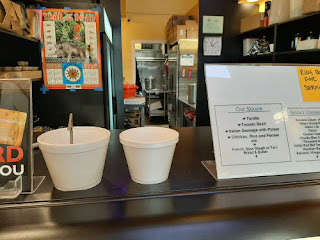 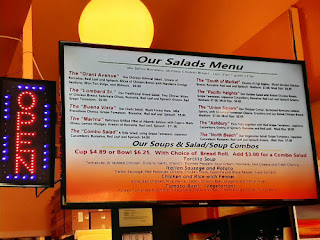 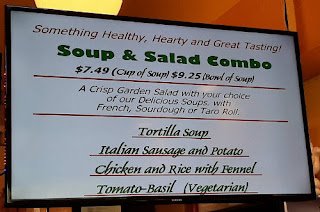 I started with what would otherwise be a chicken Caesar salad, but I got the house vinaigrette instead because that's my mom's favorite. A syrupy slightly sweet flavor, refreshing. Juicy chicken, with some black pepper giving additional flavor. 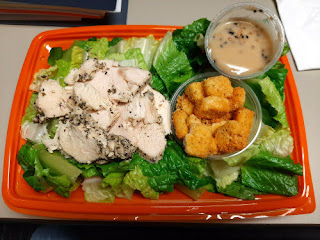 I next went with a cup of Tomato-Basil soup ($4.89), adding cilantro (which they put on the bottom), and a taro roll on the side. Hearty, full tomato flavor with some basil and a slight creamy texture. It's vegetarian, made with a vegetable stock base. I could eat this several times a week. 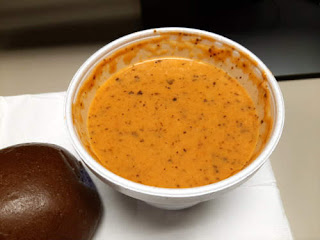 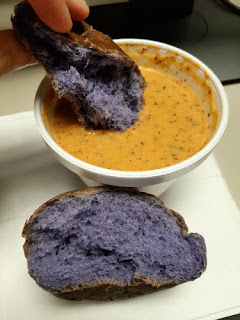 The tortilla soup is one of their signature items, so I got a cup of that ($4.89) a few days later. Tomatoes, shredded chicken, garlic, onions, cilantro, red peppers, jack cheese, and cilantro. It may also come with sour cream, which I did not ask for on mine. The cheese was mainly at the bottom of my serving, and the chicken on the dry side. Tortilla strips likely were better off on the side to add later, instead of getting mushy in the soup. Lots of garlic in there. It won't win points on appearance, but the soup itself was decent.

I again got the taro roll because it's tasty, a hint of sweetness, and heck, it looks good for the camera. 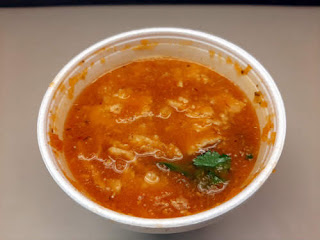 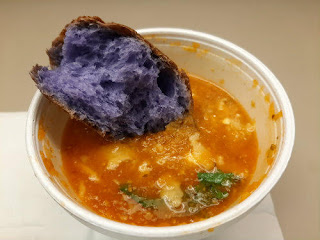 All things considered, San Francisco Salad is a good spot to try if you're in downtown Honolulu. 7/10
Posted by Aaron at 12:00 AM