Pip's Original is located on NE Fremont St. in Portland, Oregon. They are best known for their mini doughnuts. Thanks to Amy, a local food blogger, I finally got to this place in late June. 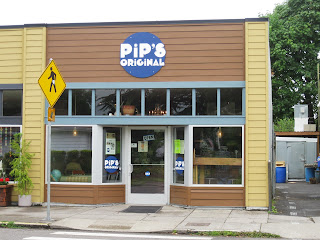 I love doughnuts, and frankly, I have no clue why it took me so long to check this place out.

It looks like the usual coffee joint I'd frequent when going to school, but the mini doughnuts here set Pip's apart from the rest. The doughnuts are made to order and there are three options available. 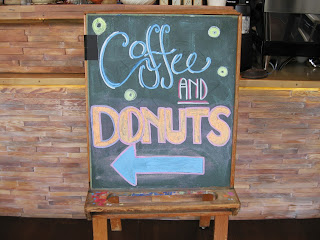 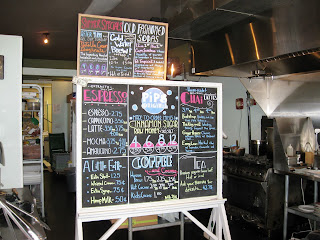 The Honey & Sea Salt recently won the Portland Tribune's 2013 best doughnut award. Raw honey is used. A simple salty-sweet combo, neither overpowering the other. Cinnamon & Sugar is my personal favorite because I'm just completely biased toward cinnamon anything. Nutella is the one to get if you really want something sinful. Sticky, gooey Nutella on a warm doughnut. 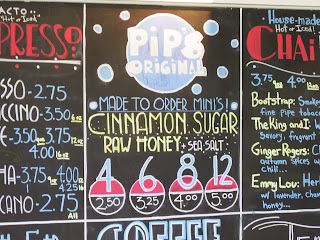 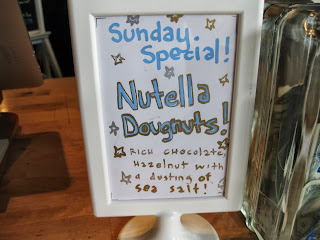 While "Honey & Sea Salt" and "Cinnamon & Sugar" can be found all the time, the Nutella doughnuts make an appearance on Sundays and after 4 p.m. on other days during summer. Wanting the entire doughnut experience, I ordered a dozen, getting four of each doughnut.

I'll just come right out and say it: These are some of the best doughnuts I've ever had. It's all made to order, so your doughnuts will arrive warm and fresh. You're basically biting into a softest pillowy doughnut possible. I don't think there's any way to get the doughnut softer without losing its shape.

My gluttonous side wanted me to eat 100 of them. If that order only sets me back about $45, that might not be a bad idea. A dozen minis will only cost about $5; they charge a little more if you're getting some Nutella ones.

Instead, my curious evil panda side came out and wondered what each doughnut would taste like with ghost pepper powder. (NOTE: No one told me to do this. I'm just a crazy nutcase.)


As a note, there's also a cool gluten-free option: Squirrel Bars! No squirrel in here, but a bunch of nuts. 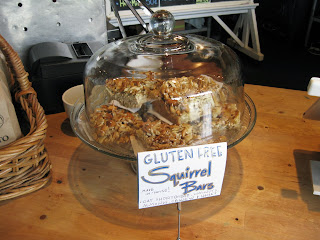 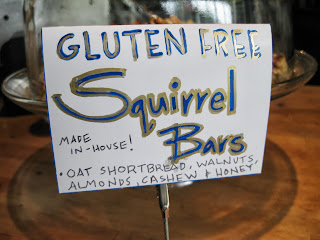 The doughnuts blew me away and get my elite stamp of approval. The only question remaining is how many doughnuts I'll choose to eat from here in the future. 9.25/10
Posted by Aaron at 11:00 PM