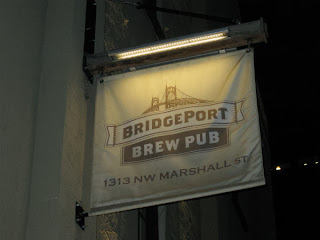 Pubs aren't really known for their lighting, so I struggled to get a few pictures of the menu. 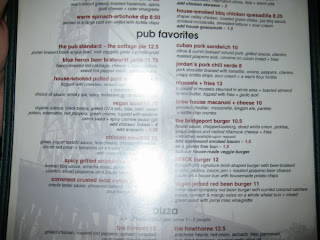 Appetizers included the House-Smoked BBQ Chicken Quesadilla ($8.25), which also contained roasted green chile and IPA BBQ sauce. A damn good quesadilla; I just wish I had more of it. 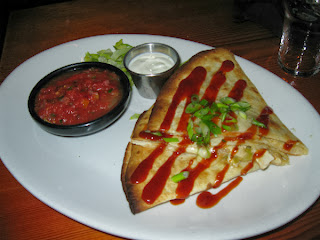 The warm spinach-artichoke dip ($8.50) arrives in a cast-iron skillet and served with tortilla chips. Delicious.

I got the Cuban Pork Sandwich ($10), which starts with citrus and cumin-braised pork, grilled onions, cilantro, roasted jalapeno aioli, and romaine on Cuban bread. I enjoyed the extremely juicy, tender pork. I'm a cilantro fan and appreciated the extra dimension this sandwich got. Kudos for toasting the bread. 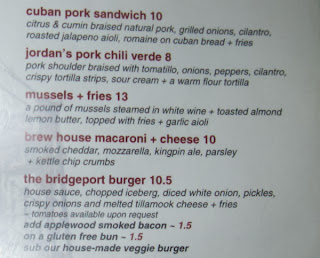 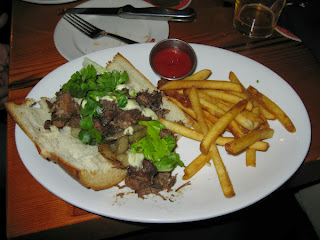 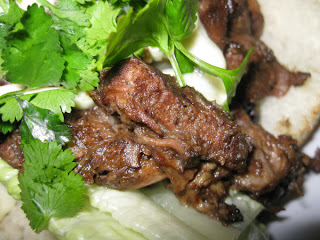 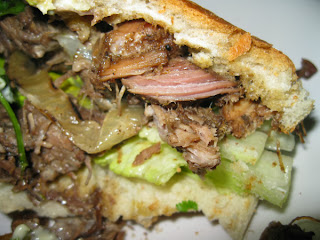 The dish came with a side of fries. A good portion for many, but I would have liked a few more spuds thrown my way.

IPA was my beer of choice on this night. Can't really go wrong with a beer that's won some awards. As advertised, a slight bitterness and an overall floral, cirtusy aroma. The panda approves. 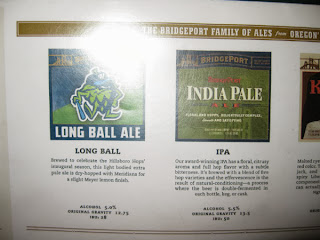 I was also tempted to get the Pork Chili Verde ($8) here. Braising pork shoulder with tomatillos? Yes, please.

A couple of my friends enjoyed the Hawthorne pizza ($12.50), which includes artichoke hearts, red onion, spinach, feta, and parmesan cheese.

Parking may be an issue if you go during peak hours. Even at night, when the meters are no longer running in the area, one might need to walk a few blocks to get to Bridgeport Brewing Pub.

Frankly, if you enjoy hitting up a good ol' pub for food and beer, this is a great place to start. For me, I enjoyed the food but probably won't frequent the place as much as others. 6.75/10
Posted by Aaron at 12:00 AM