Carol's Corner Cafe is located at the corner of NE 78th St. and St. Johns Road in Vancouver, Washington. This is an award-winning breakfast place, having won "Best Breakfast in Clark County" multiple times. 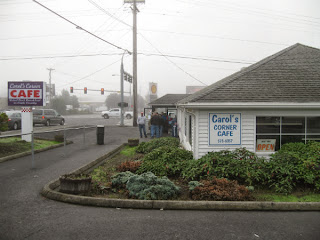 I've found several places to date in and around Vancouver that serve giant breakfast portions. Add Carol's Corner Cafe to that list. 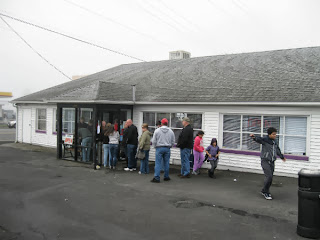 This place has a diner-like feel, at least near the entrance. The overall atmosphere had more of an old-school vibe; not sure if anything has changed in the 16+ years the cafe has been around.

Breakfast is served all day. Their full-size omelets have six eggs and the larger pancakes are 10" in diameter. You can get smaller portions, but sharing is not uncommon (add $1 per plate if you share). 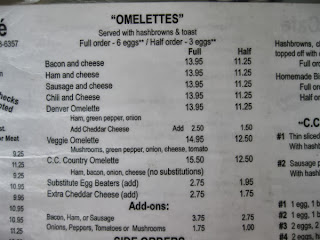 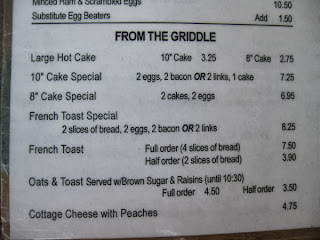 One of the notable dishes is the "CC Hash," a blend of shredded hash browns, ham, cheese, peppers, onions, and tomatoes, smothered with either country gravy or brown gravy. If you want more salt, the brown gravy is the saltier of the two gravy options. 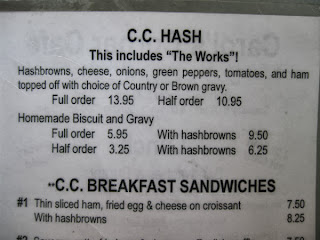 My server told me that the full order is about 4-5 pounds of food. For about $14, it's a damn good deal if you want leftovers.

Just for fun, I got a half-order of the CC Hash ($10.95) with the country gravy. It came piled nicely on an 8-inch plate. Frankly, the half order looked like maybe a pound and a half of food, with two pounds being generous. 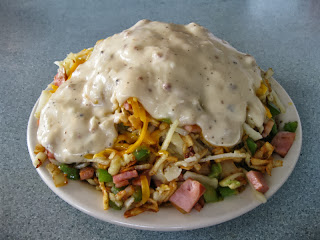 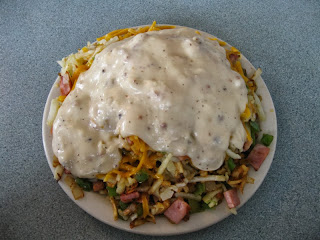 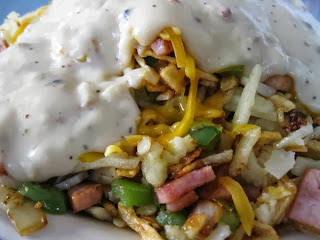 I thought it was a good dish. A bunch of carbs for fuel, a few bits of ham for protein, some gravy to fill in the crevices, and veggies to make a somewhat logical argument that you ate something healthy. Bacon would have made this dish even more epic. I probably shoulda added a bunch of superhot sauce, too.

The coffee here is nothing special, just a standard cup of caffeine that was a bit on the watery side. Or three cups in my case, because panda logic dictates that caffeine rules. 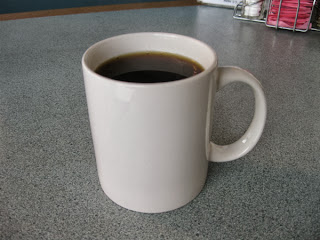 Carol's served dinner until October 1; they now close at 3 p.m. each day. Frankly, I think it's a good move. They seem to be more known for their breakfasts, although the lunches here are also reportedly good-sized. 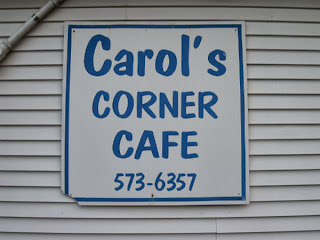 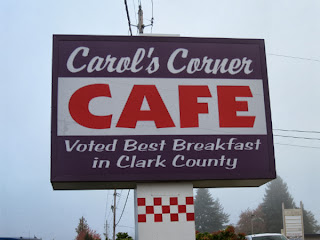 Carol's has garnered a loyal following, and a line formed out the door by the time I left (brunch time on Sunday). I'd urge my friends to give this place a shot. I'll probably be trying the omelets and/or the pancakes on my next visit. 7.5/10
Posted by Aaron at 12:00 AM