Maine Street Lobster is located at the Cartlandia food pod in Portland, Oregon. David and Cathy have been doing soft openings for the past couple of weeks. I stopped by recently after seeing a Facebook post about this cart. 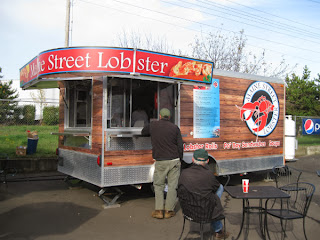 Ever since Hot Boxx closed its food cart many moons ago, I haven't seen many places (food carts or brick-and-mortar spots) put lobster as the main attraction. In fact, this might be one of the first carts in Portland to base its entire menu on lobster. 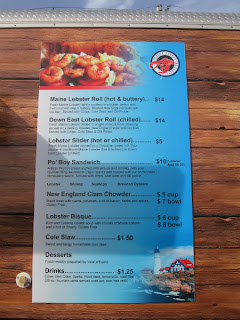 The menu looks pretty good. Cathy mentioned that she also wants to add a lobster salad to the menu. Personally, I think some type of combo meal would really work here, such as slider and soup (choice of lobster bisque or clam chowder).

The prices are steep, but hey, getting the real deal is expensive. David and Cathy go the extra mile by flying all their lobster in from Maine. Working with shipments of crustaceans = winning the internet.

The Maine Lobster Roll ($14) is a hot lobster roll. Lobster meat is lightly sauteed in butter, lemon, and herbs. A nice helping is put inside a buttery toasted New England-style roll, served with Ruffles chips, a side of cart-made cole slaw, and a dill pickle. Excellent execution on the lobster, sweet and juicy. The toasted roll had a slight crunch. I wish I had the bankroll to eat 10 of those. The chilled cole slaw was crunchy, all veggies practically diced or minced. 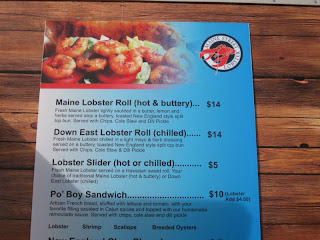 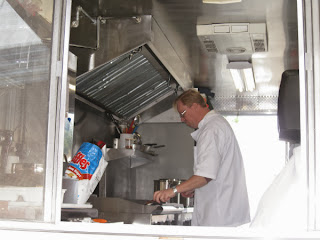 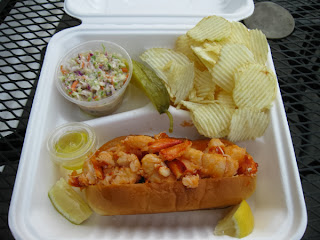 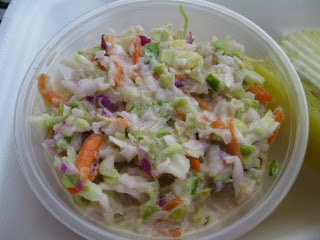 After not having had a lobster roll in about two years, I decided to splurge and got a cup of lobster bisque ($6). Beautiful color on the bisque, with a wonderful creamy consistency. More sweet and juicy chunks of lobster. The sherry was very noticeable here and might be a bit much for some people. I wasted little time in finishing the cup off. 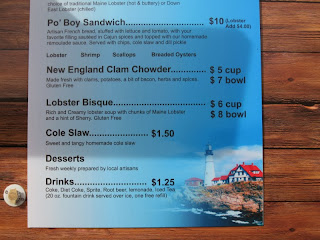 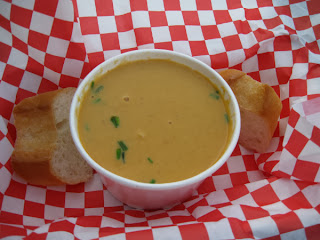 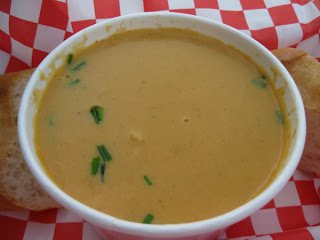 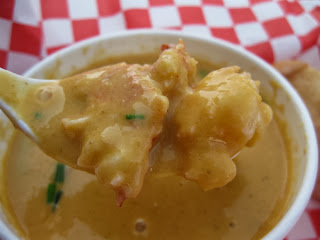 For people who want a chilled lobster roll, the Down East Lobster Roll ($14) has fresh chilled Maine lobster chunks mixed with a light mayo and herb dressing.

The lobster slider has a hot or chilled option, and is probably meant for people that don't have $14 to spend on lunch.

The Po'Boy ($10) has an option of shrimp, scallops, or breaded oysters. Add $4 if you want lobster here.

For winter, this cart is open six days a week, closed Mondays. They also have a website. 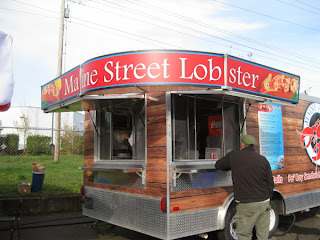 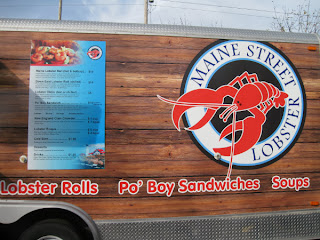 Very good food here. Frankly, with the cooler weather coming in, the lobster bisque and clam chowder are probably the menu items that may keep me coming back here. 8.5/10
Posted by Aaron at 12:00 AM