In & Out Kitchen is a Vietnamese food cart located at the Cartlandia food pod in Portland, Oregon. 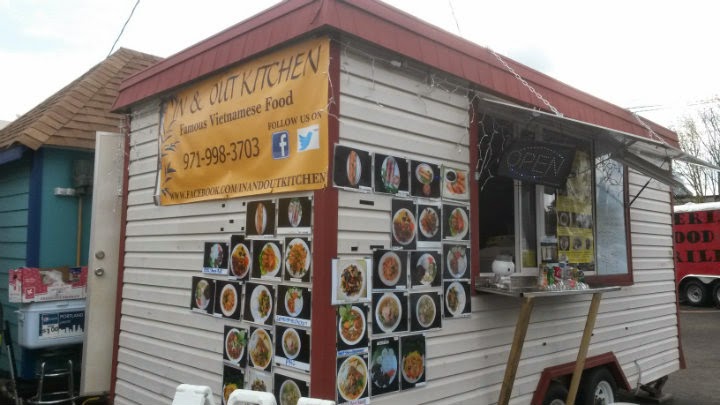 Since the last time I was at Cartlandia, a few new carts had opened for business, this being one of them. I met a friend for lunch and, since it was a chilly spring day, opted for some hot soup to warm up.

In & Out Kitchen has the usual Vietnamese dishes, from pho to banh mi. 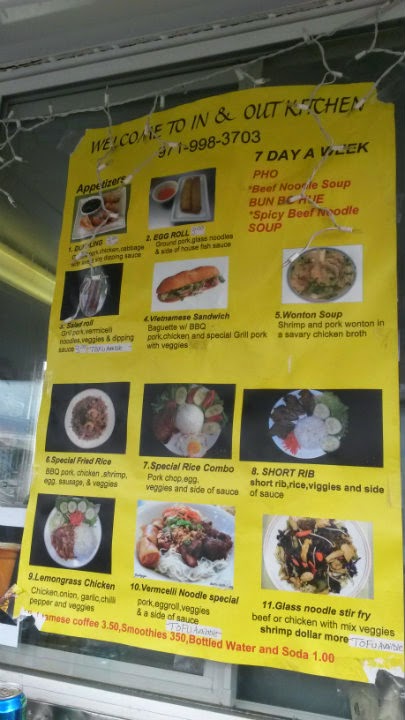 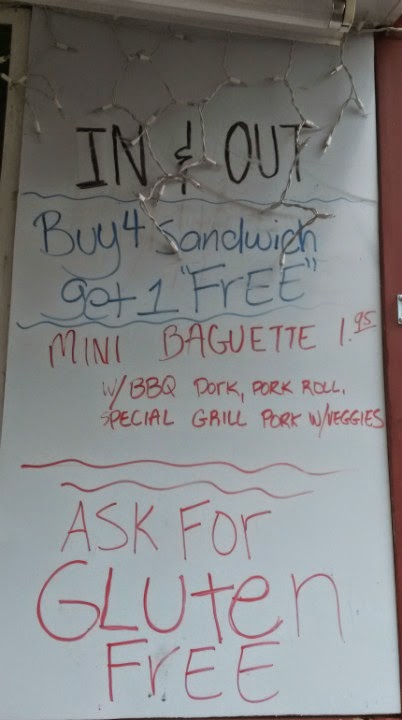 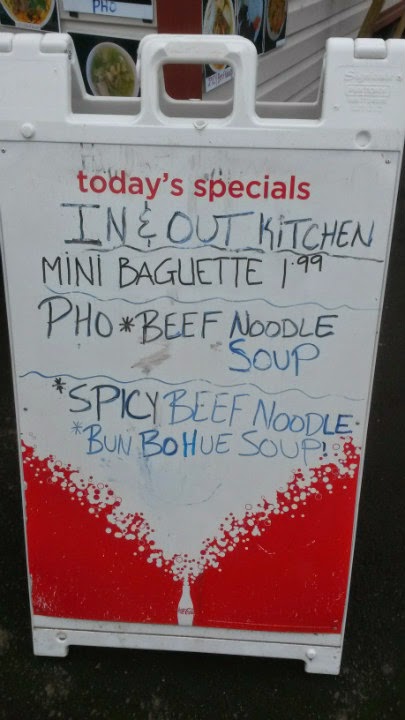 The Spicy Beef Noodle Soup ($7.50) has a much spicier look than traditional pho. It's officially called Bún bò Huế (or Bún bò for short, since it originates in the Vietnamese city of Huế -- a former capital city). 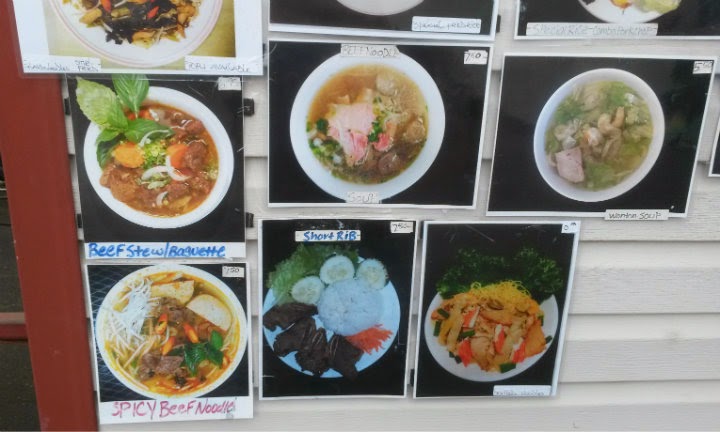 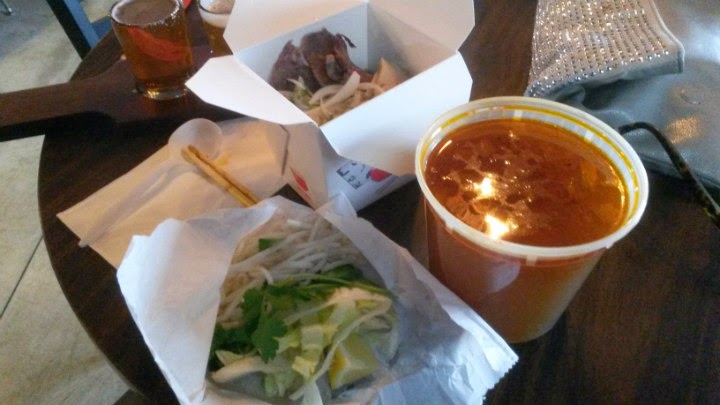 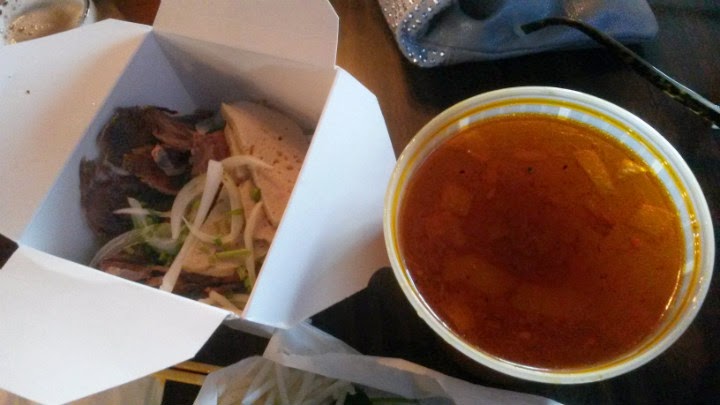 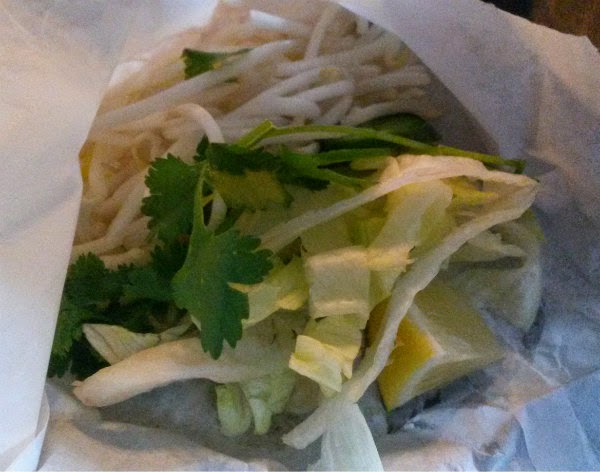 The soup is wonderfully balanced between salty, sour, sweet, and spicy. I am reminded of lemongrass when enjoying this. The dish is traditionally served with cilantro, onions, meat, sprouts, lime wedges, and more. I'd sense there was some type of chili oil added to the soup itself. The noodles are not pho rice noodles, but a rounder, slightly thicker noodle similar to spaghetti.

Perhaps the soup can be made even spicier for yours truly, but it will pack a decent amount of heat for the average person. I love that the soup came to me temperature-hot. Much needed on a cool day.

I enjoyed my meal in the Blue Room Bar with a nice flight of beers. Hell yes. 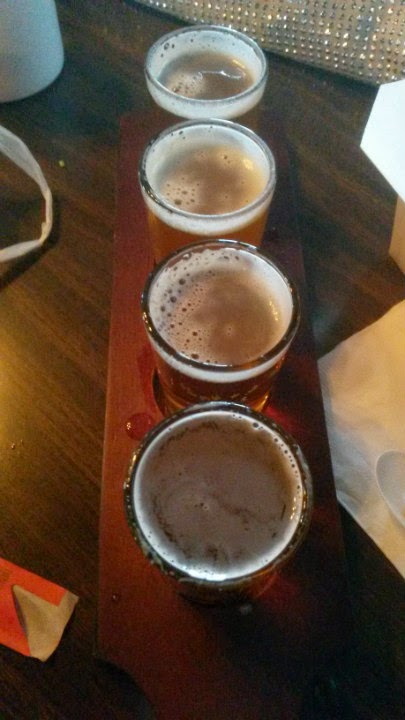 As of March 2015, In & Out Kitchen can be found directly behind Pupusa La Miguelena.

I'm very happy with my choice. Although I can't vouch if this is the real deal, it looked and smelled like it to me. I'd give this cart a try and let me know what you think! 8/10
Posted by Aaron at 11:00 PM