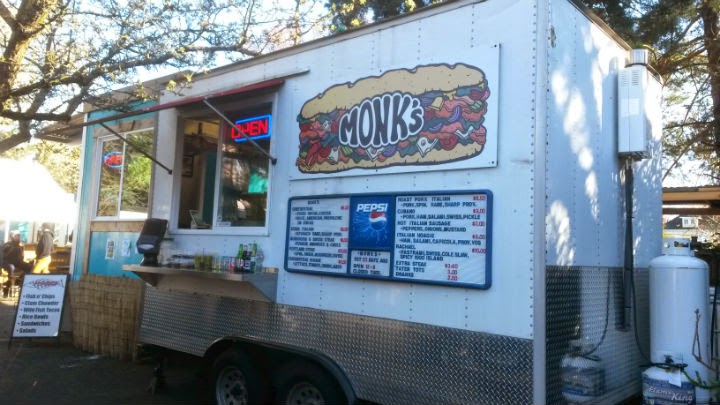 When looking at the menu and seeing a variety of sandwiches -- from Cheesesteaks to Cubanos -- I would never have guessed this would be a cart slinging food from Delaware. The owner (Andrew) hails from the area and, apparently, the state has its own take on hoagies, cheesesteaks, and other sandwiches.

From what I was able to gather online, the cart opened last fall. All sandwiches come with choice of chips. You can also get pepperoncinis at no additional cost. 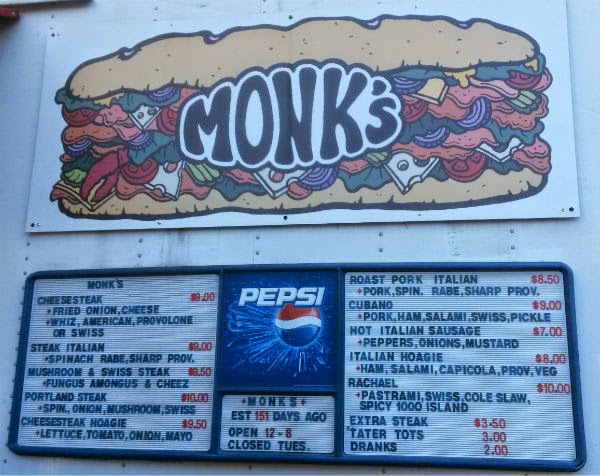 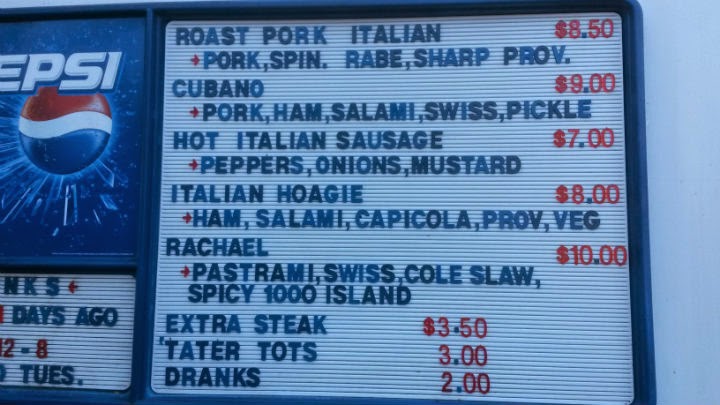 I got the Cubano ($9), a pressed sandwich containing pork, ham, salami, Swiss cheese, pickles, and mustard. Right from the start, I knew it would be awesome. Perfectly grilled on the flattop. Biting in, it seemed like the ultimate balanced combination. I got every layer of meat, stringy cheese, tangy mustard, and zesty pickle. Initially, I wondered if the sandwich would be worth $9. It is. 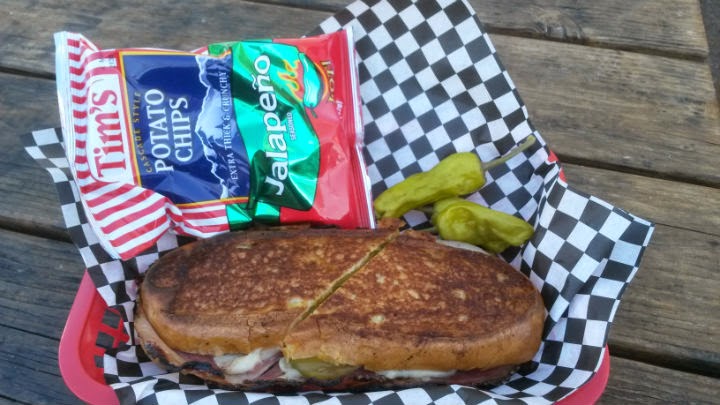 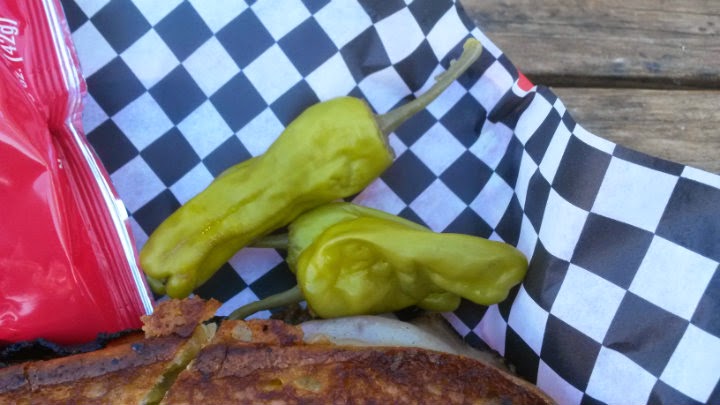 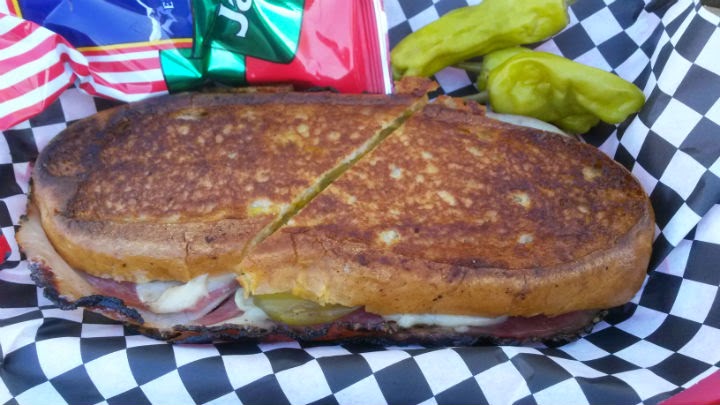 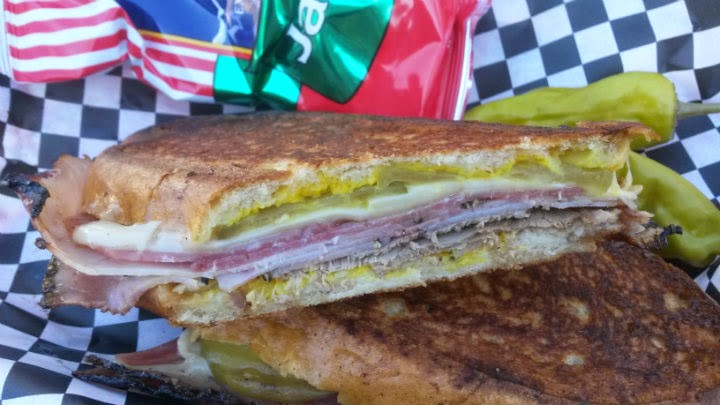 Shame on me for not returning to Good Food Here sooner.

The following week, I returned for the Rachael ($10): pastrami, Swiss, cole slaw, and spicy 1000 Island. Another excellent sandwich that I also give top marks to. Instead of bread slices, Andrew elected for a hoagie-style roll that produced a chewy bread experience. The slight sweetness and crunch of the cole slaw, coupled with the (mild) spicy 1000 Island complemented that pastrami so well. 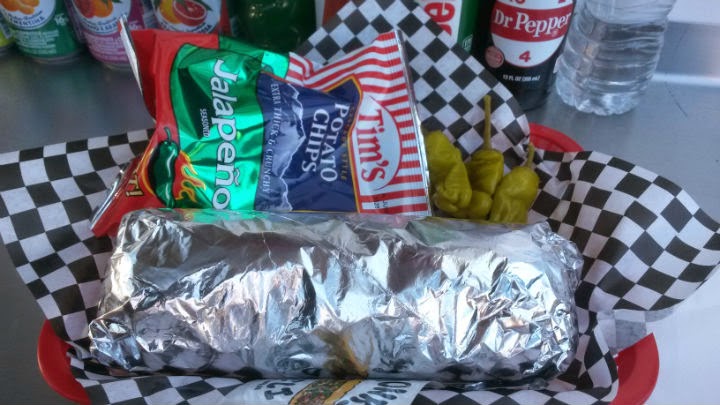 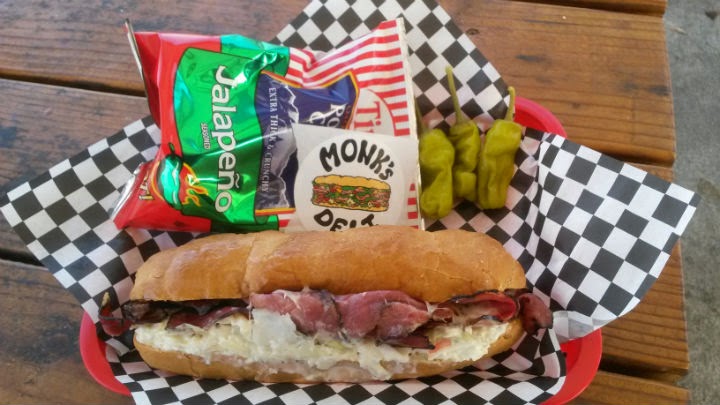 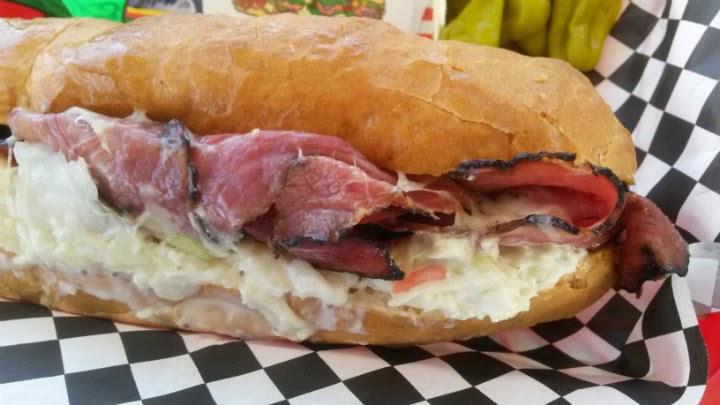 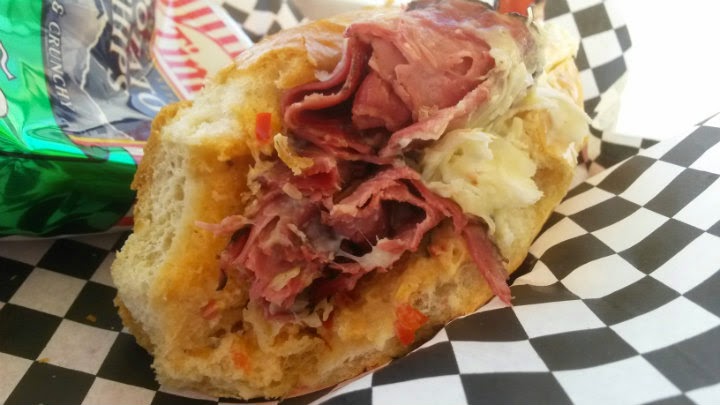 In all honesty, I'd take the Cubano over the Rachael, but just by a hair.