The Hop & Vine is a gastropub and bottle shop located on N Killingsworth in Portland, Oregon. 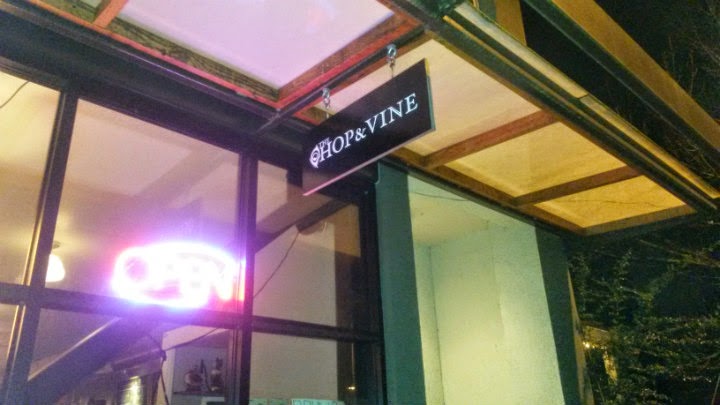 On February 27, one of my buddies could tell the panda had a long work week and wanted me to get down to Portland for a beer. Initially, I was gonna go home and sleep.

Then he sent me a picture of the taplist. 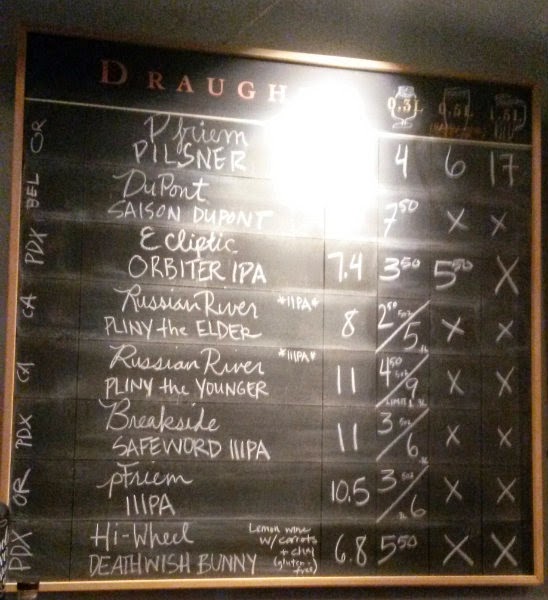 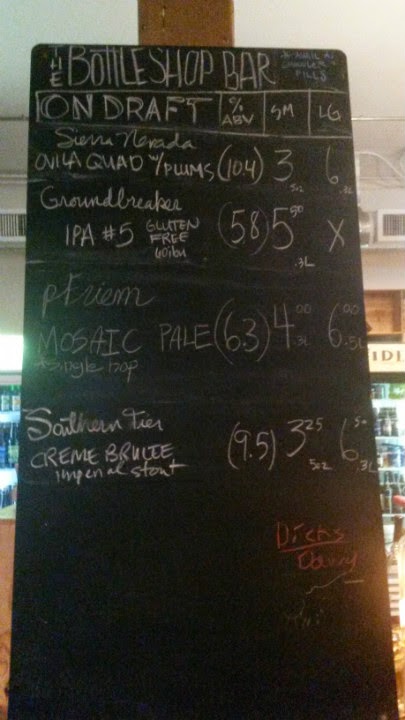 So Hop & Vine slyly and smartly did not tell anyone that they would be tapping Pliny and Elder AND Pliny the Younger that night. Trust me, they did not need to. The crowd would naturally file in, many people would go apenuts and tell their friends -- but by that point, I would have gotten my beer fix anyway.

By the time I got to Hop & Vine (roughly 6 PM), there was a good number of people already enjoying beer and food.

I will defer to the above links for my reviews of Pliny the Elder and Pliny the Younger, so my food blog readers can go check that out. Yes, the panda has been doing a beer blog for several weeks now. 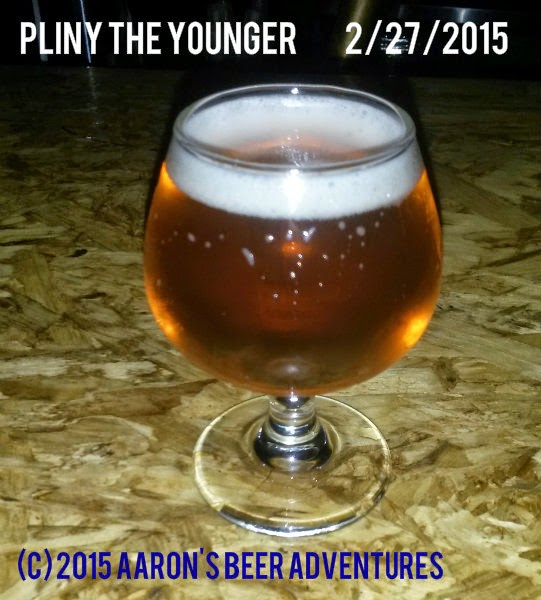 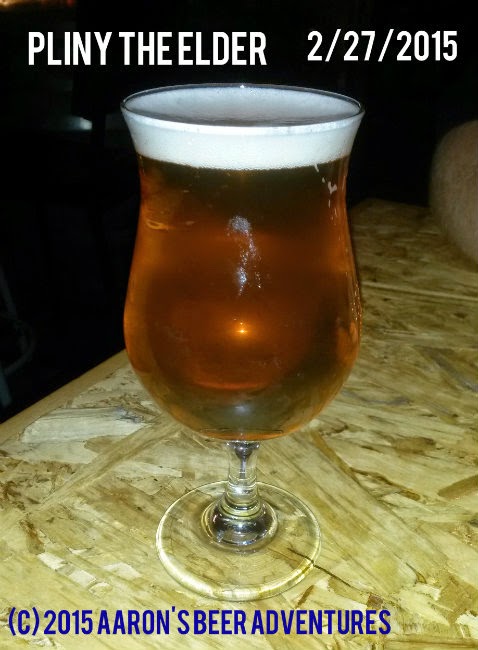 I must also give an excellent rating to pFriem's Mosaic Pale Ale. It's not classified as an IPA, but could potentially pass for one. Love the mix of tropical-hoppy awesomeness. 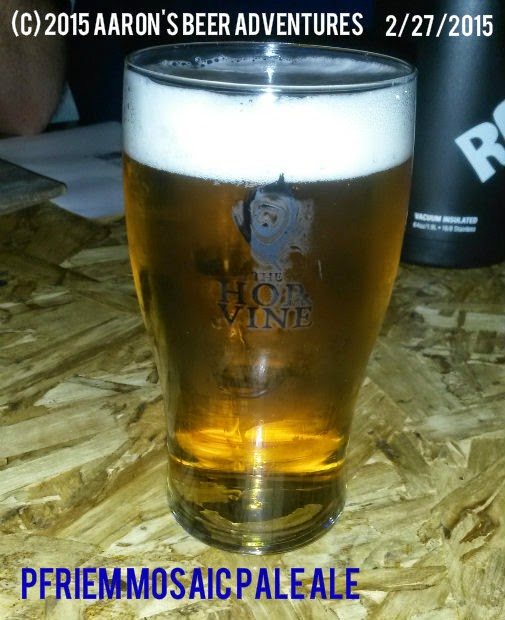 Pandas need food with all that beer, so I got the Grilled Cheese and Spicy Tomato Soup ($7). You can add bacon or prosciutto for an extra $2. Prosciutto for me in this case, for panda science. 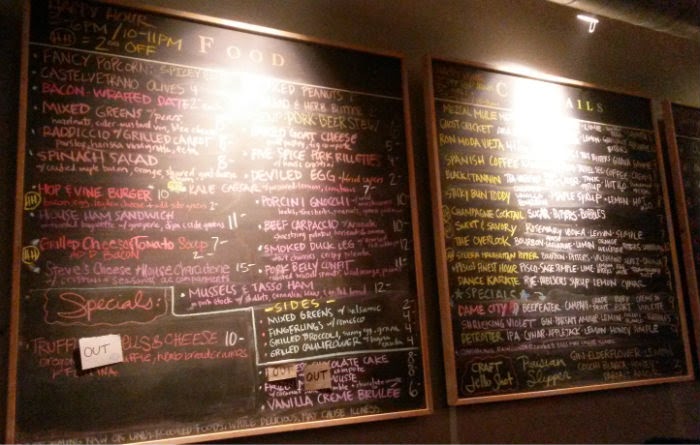 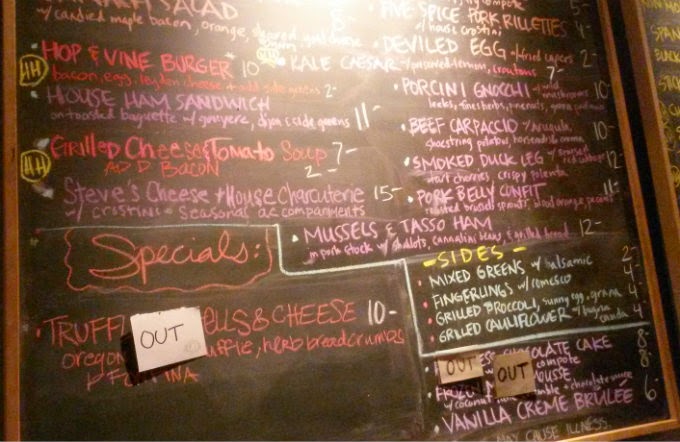 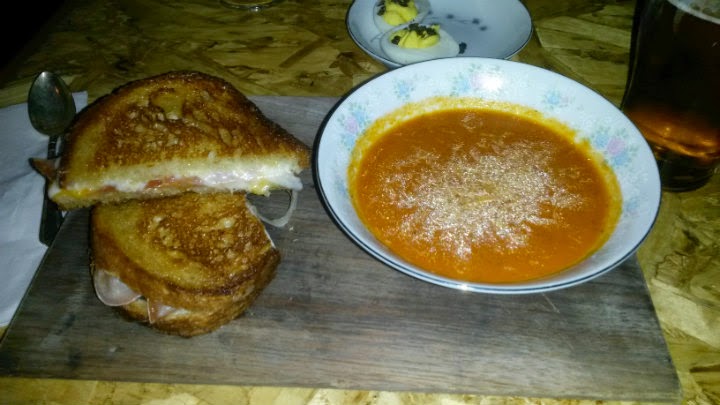 Perfectly executed grilled cheese, amazing crunch. The prosciutto added that extra nice salty, meaty experience. By this point, I was already working on my Mosaic Pale Ale, so it was ideal to have a refreshing beer with a heavier food item. As for the tomato soup, it actually brought a bit of kick -- probably cayenne in nature. Overall, another awesome choice that I would definitely get again.

I also received an appetizer of halved deviled eggs with fried capers ($2). A genius idea, frankly. Crunch and saltiness of the capers livened the dish up. 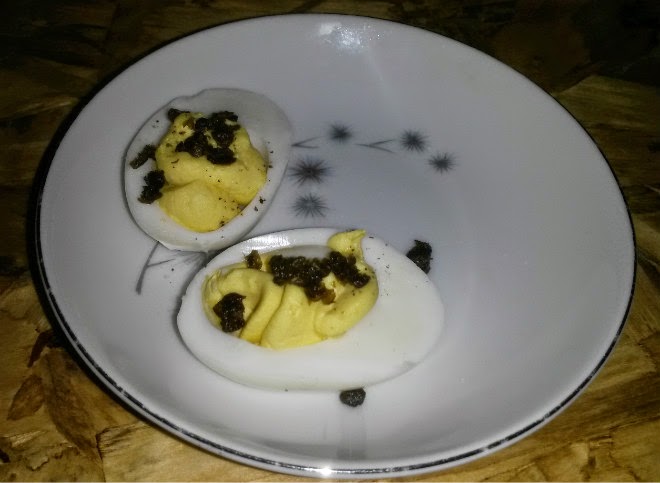 I plan to try some other menu items in the future, including their H&V Burger ($10) and House Ham Sandwich ($11).

While the restaurant area has eight taps, the adjacent bottle shop has an additional four taps and a bunch of bottled selections.

Oh, and a final special treat: The bottle shop has an empty can of Heady Topper. This highly prized beer is only found in Vermont. 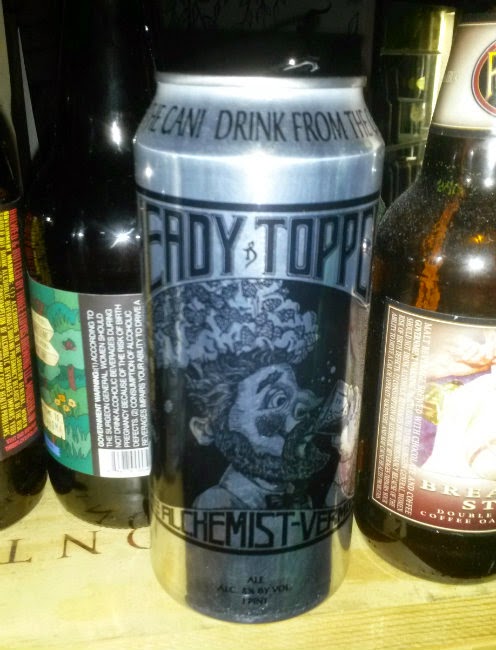