Japonessa is a Japanese-fusion sushi restaurant located at the corner of 1st Avenue and Union Street in downtown Seattle, Washington. 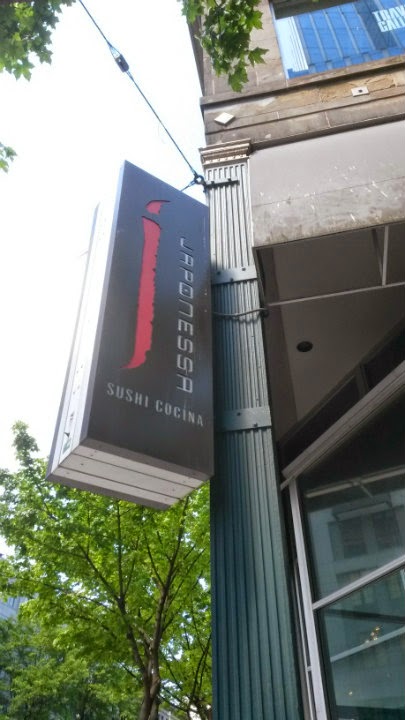 I was in town for a conference two weeks ago and stopped here for my sushi and spice fix. The prices are steep for their signature sushi rolls, usually ranging from $15 to $20. Unfortunately, I wasn't available to go at happy hour, when prices are generally cheaper. 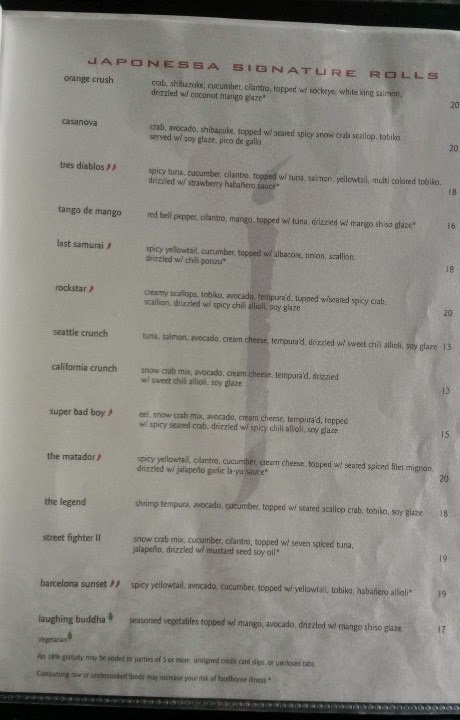 I scanned the menu for the spiciest option and got the Diablo Say ($19): Spicy tuna, cilantro, yama gobo, topped with 7-spice tuna, habanero citrus, scallions, and habanero tobiko. This dish had three chile peppers next to the menu item (the others at most had two chiles). Being in a rush to get back to the conference, I had to place a to-go order. 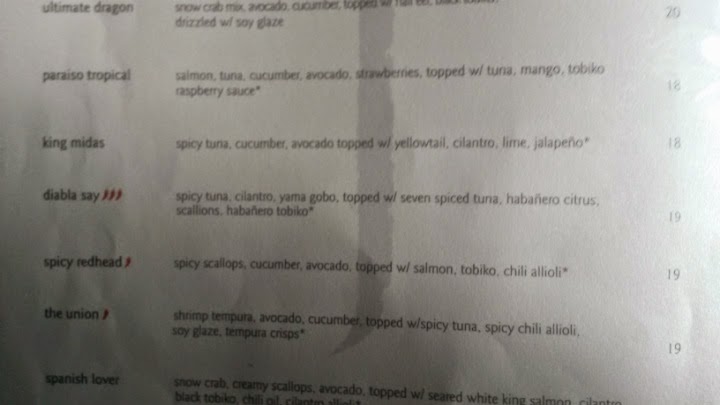 Intense habanero flavors from the get-go. The gobo brought awesome crunch. Good heat as well; certainly more than what a lot of sushi lovers would be accustomed to. This isn't wasabi spice. You'll definitely get habanero flavor and heat. If you're a fan of habaneros, this is for you.

Obviously for me, this would not be an everyday item to get, setting me back over $20 with tax and tip included. The portion size, at least for me, was more appetizer-sized. If I'm in Seattle again and in the mood for sushi, I hope to come back for their happy hour.

Japonessa is a popular sushi spot in downtown. If you're a fan of sushi and spicy food, this may be the stop for you. 7/10
Posted by Aaron at 11:00 PM