Before leaving Hawaii, I had breakfast with my parents at The Alley Restaurant, still found adjacent to Aiea Bowl. 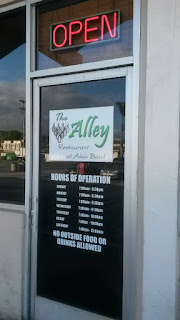 As noted in my blog post four years ago, The Alley's signature dishes still include their Tasty Chicken and their Lemon Crunch Cake. There's an "Alley Mix Plate" available, where you can get two of eight plate lunch choices listed in that part of the description. I personally would get a loco moco, tasty chicken, or even the garlic shrimp.

The prices here remain very reasonable. Guy Fieri even came here to film an episode of Diners, Drive-Ins and Dives. I found a clip where Guy tries the oxtail soup here.

Despite the national press, the place will still feature a bunch of locals.

Breakfast is served here from 7 to 10 AM. The prices here are ridiculously cheap, considering the amount of food you get. I wanted to try all of their signature breakfast items, because science. 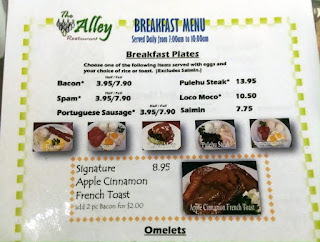 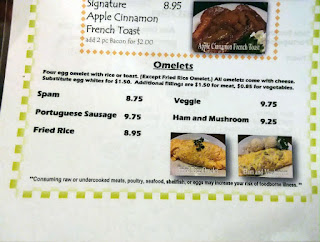 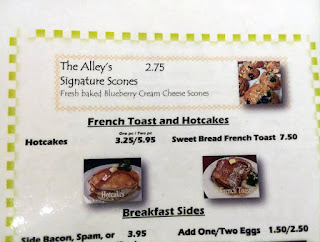 I started with coffee, which for $1.50 and unlimited refills, is already a steal. 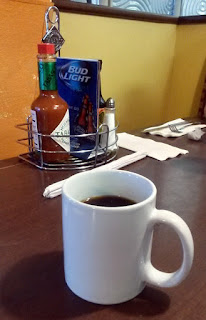 I dove into the Signature Apple Cinnamon French Toast ($8.95), which features two huge, thick pieces of perfectly cooked French toast, cinnamon sugar, and their warm apple-cinnamon sauce on the side. I initially feared that the dish might be too sweet, but it wasn't. Just right for the panda. 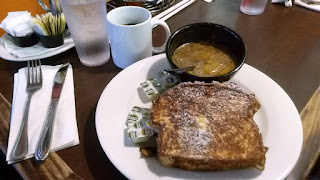 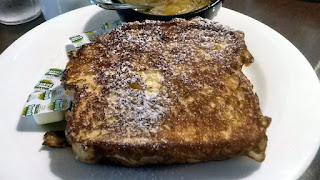 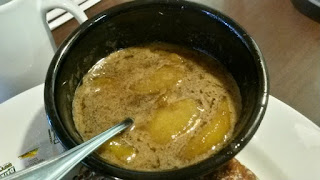 The Fried Rice Omelet ($8.95) is a four-egg monster, with fried rice inside. The eggs are scrambled and spread out on the flattop. The fried rice has a good mix of Portuguese sausage, carrots, and peas. I could eat this all dang day. 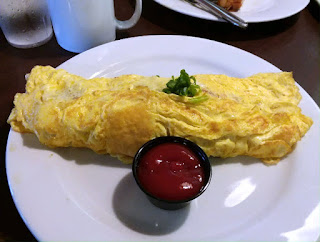 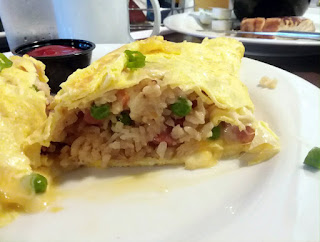 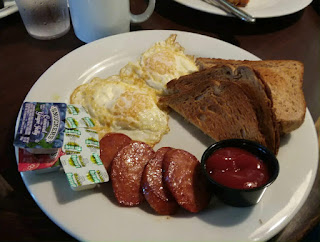 I also couldn't leave Hawaii without having one of the Alley's signature scones. While this one had blueberries and cream cheese in it, there could be other rotating flavors. Some of the best scones I've ever had. While we may think of scones as dry, hard, and crumbly, this was moist and soft. 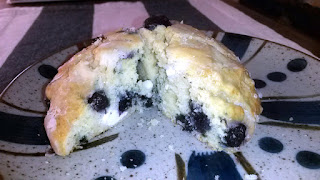 Parking may not be too bad if you come early enough. Otherwise, it can be an issue, as Aiea Bowl has a lot of league bowling nights.