Hat Yai is located on NE Killingsworth, near the corner of NE 16th Avenue, in Portland, Oregon. 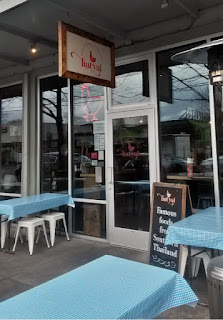 This place was named after the Thai city of the same name, near the Malaysian border. Hat Yai is the brainchild of Earl Ninsom, who also owns PaaDee and Langbaan, both on SE 28th Avenue. 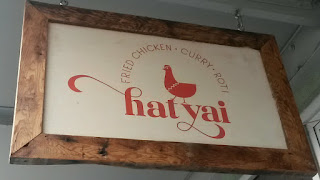 As the logo implies, Hat Yai is known for three things: curry, roti (flatbread), and fried chicken. For the chicken, you can get just two wings ($6) up to an entire chicken ($23). There are also rotating specials. You'll order at the counter once you walk in, then find a seat. 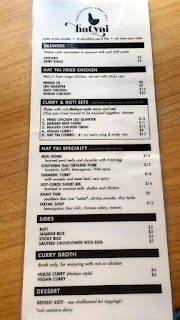 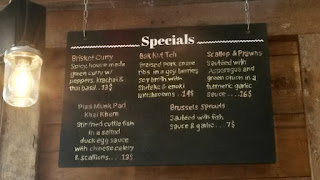 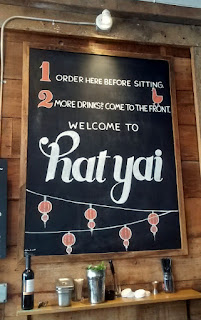 The #1 Curry and Roti meal ($13) is usually the most popular because it combines all the signature items onto one tray. that's what I ended up getting. The leg quarter includes a thigh and a drum. 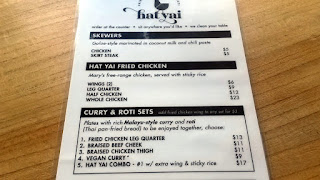 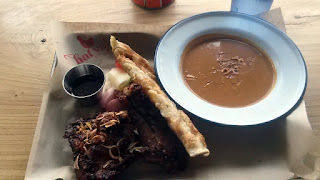 Hat Yai's fried chicken is a huge winner. Not a lot of breading, cooked to a dark golden brown with a slight crunch. The flavorful meat falls off the bone. The server mentioned that I got an extra drum because the pieces looked a little smaller. Can't complain there. 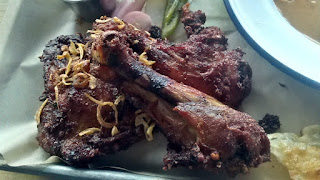 In a Willamette Week article from nearly two years ago, the house curry here contains red chile, cilantro, cumin, cinnamon, galangal coconut oil, and coconut milk. It's a thicker curry with wonderful flavor. All I needed was a spoon and some more rice to finish everything. Fried shallots are put on top of the chicken and the curry. 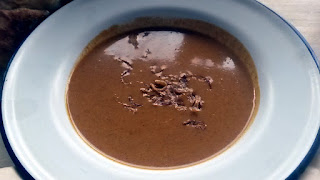 The pan-fried roti here is greasier than the Indian-style naan I'm used to seeing, but this version is crispier and still sops up all the curry nicely. 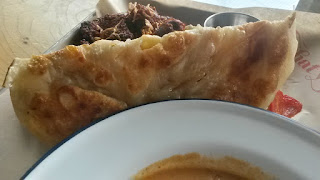 Finally, the tray has some pickled veggies and another dipping sauce. Overall, a delicious meal, but for the amount of food I got, it did feel a bit pricey. 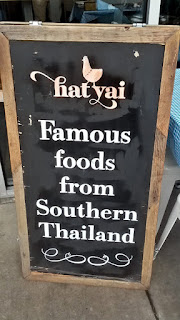 Hat Yai is open seven days a week. Check it out if you're craving Southern Thai cuisine! 8/10
Posted by Aaron at 11:00 PM