Beer Lab HI has two locations on Oahu. This blog post covers the spot on University Avenue in Honolulu, Hawaii. 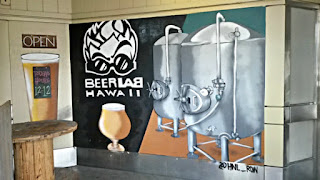 This local craft brewery and tasting room is minutes from the University of Hawaii's Manoa campus. The area has transformed so much since my college days; a wider array of eateries and drinking spots now to keep up with the changing landscape.

Beer Lab HI has a constant rotation of taps, usually eight or so of their own brews. Various styles from sours to IPAs to stouts. 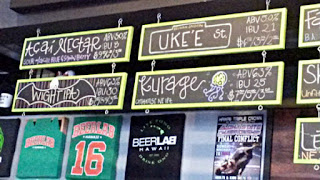 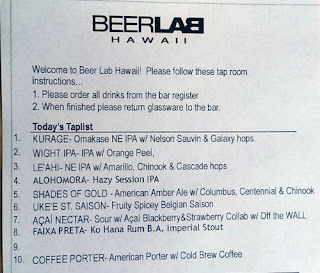 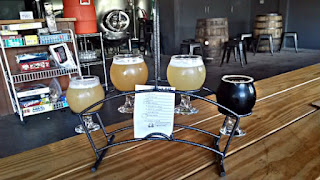 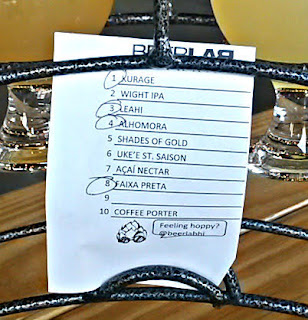 It's also a perfect place to watch your favorite sports game. There are several TVs throughout the building.

There is parking in the adjacent parking lot, but otherwise you'd have to find a spot on the street. For those wondering, Beer Lab's second location is in Waipahu, towards the west side of the island. 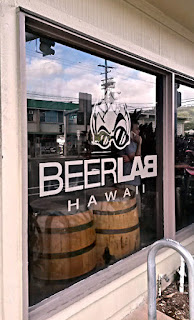