Loving Hut has locations in multiple states. This blog post covers the location on S King Street in Honolulu, Hawaii. 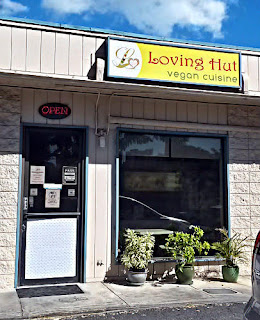 Loving Hut is 100% vegan. Apparently, there are locations in Portland and Seattle as well. I honestly had no idea the place existed, let alone any in the Pacific NW. Each location has a different menu, though, so whatever might be on the menu in Portland or Seattle might not necessarily be found in Hawaii (and vice versa).

The parking lot here is on the smaller side, and with multiple eateries in the area, the lot will fill up quickly at peak eating times. There are only a few tables in this Loving Hut location, too. 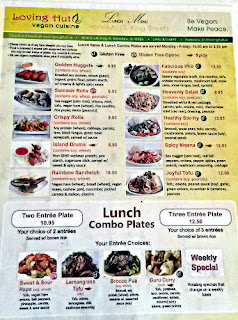 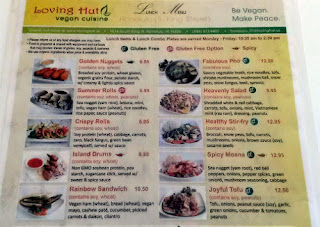 The first plate was a two-entree combo plate ($10.95) of Sweet & Sour Hapa and Brocco Pua. The sweet/sour dish contains tofu, vegan ham, onions, bell peppers, pineapple, carrots, and sweet/sour sauce. Brocco Pua is a vegan take on the classic Beef Broccoli: broccoli, soy protein, onions, sesame oil, and seasoned sauce. For a vegan dish, both were not bad, but as a meat eater, I could taste the difference, and yeah, it's one where I needed the real meat to make it work. 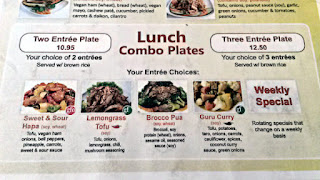 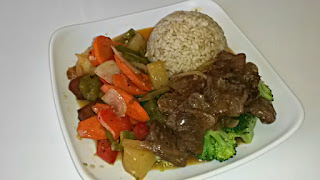 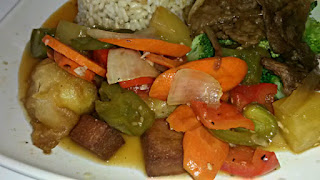 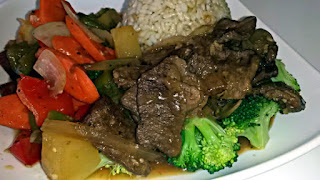 On the other hand, the Fantabulous Noodles ($11) was made to be that vegan dish where you won't miss noodles. Stir-fried yakisoba noodles, organic tofu, onions, cabbage, organic carrots and celery, bean sprouts, shiitake mushrooms, and cilantro. A colorful dish with properly cooked noodles, and it's also a deceivingly filling portion. 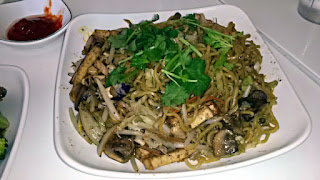 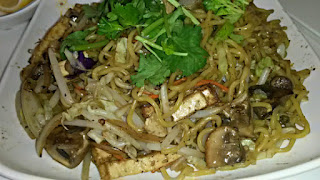 While the noodle dish is a special, it can be made on a more regular basis using rice noodles, since pho is a regular menu item here. 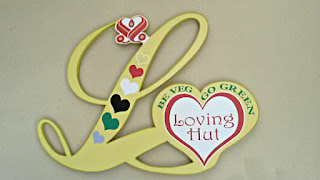