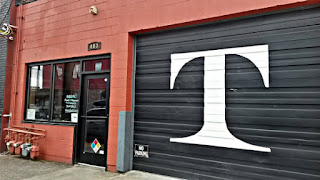 They opened in January 2019 in the Montavilla neighborhood, which already boasts serious competition from Roscoe's to Montavilla Brew Works. The owners started homebrewing from about 2010 and have turned it into a full-time business gig.

Aside from snacks, no other food at Threshold, so outside grub is welcome. Food trucks may park outside on certain days. Check either their Facebook or their website for more on that.

Threshold's taplist is rotational, but they focus on IPAs, sours, farmhouse ales, and stronger beers. 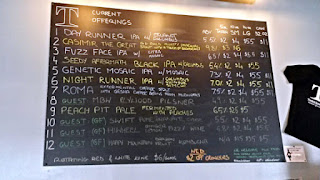 I tried several samples and tasters. Tasters were $2 except for Casimir, which was $3: 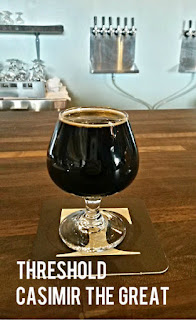 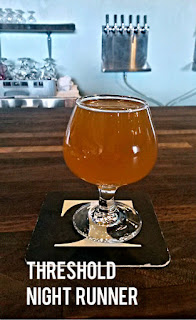 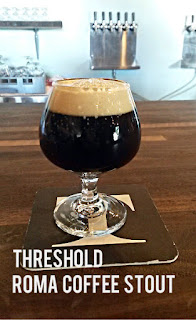 When I came in after 1, maybe a couple of patrons were present. By the time I left, Threshold had a respectable group of customers. I think they will do just fine.

I hope to return in the future when some food trucks are parked outside. For now, I hope other beer fans check out Threshold Brewing for some good brews! 8/10
Posted by Aaron at 11:00 PM