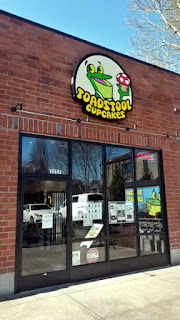 The owners, Larry and Lisa, started in Iowa with Lisa baking wedding cakes, and business boomed as more customers raved about the quality. They moved to Southern Oregon to be closer to their son (who lived in Medford). Their cake-baking business stayed around Ashland and Medford, catering for weddings.

After the recession, Larry's Cupcake Cafe was born, and while looking for a second location, their daughter had a dream of a frog and a cupcake side by side. Toadstool Cupcakes became the name for their Portland spot, opening in 2016.

You'll pick up an order slip to start and pick what you want. Choices otherwise are to get your cupcakes in hand, in a bag, or in a box. A box can hold up to 24 cupcakes. If you buy 11 cupcakes, the 12th is free. 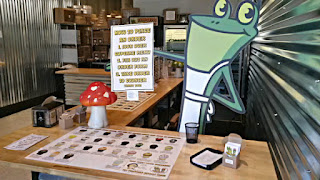 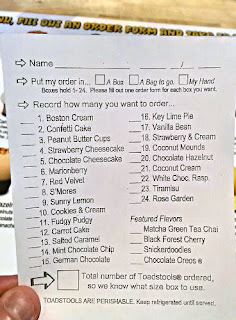 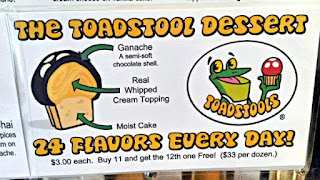 Of course, the rebranding to Toadstool Cupcakes meant the cupcakes took on a non-traditional form. Now, a soft-shell ganache surrounds creamy flavored filling, on top of a moist cake. Its smaller, mushroom-like appearance has stood out from any other cupcake out there. It's bigger than a traditional "mini" cupcake, but much smaller than a regular-sized version.

While the menu has at least 24 flavors, there are seasonal or rotating flavors as well. Each toadstool cupcake is $3, and I went with two of my favorite flavors to start. 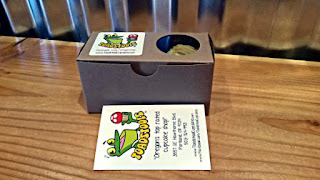 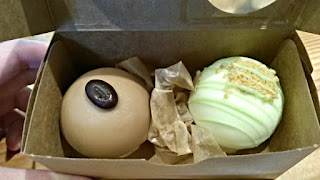 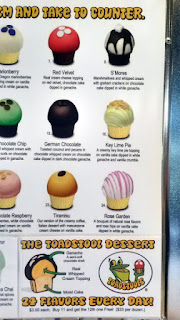 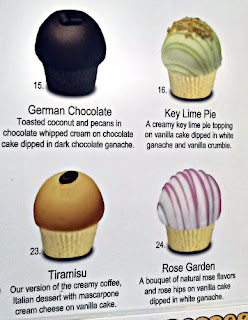 The Key Lime Cupcake has key lime pie drizzle and filling, with a white ganache, fluffy vanilla cake, and vanilla crumble. I would have hoped for graham cracker crumbs on top, but this also works wonderfully. That filling is very light, and that key lime is ultra-refreshing. 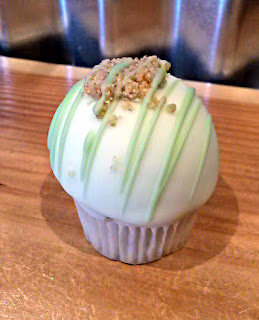 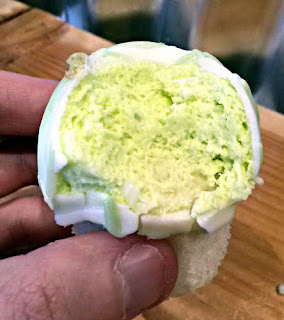 Next was the Tiramisu Cupcake, using mascarpone cream cheese and coffee on vanilla cake, topped with a chocolate coffee bean. Excellent balance between the vanilla, mascarpone, and coffee. Bean on top was a wonderful addition. 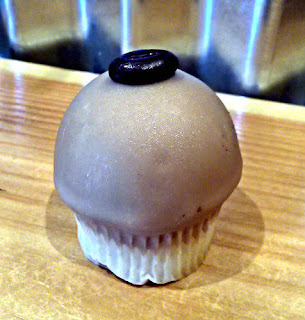 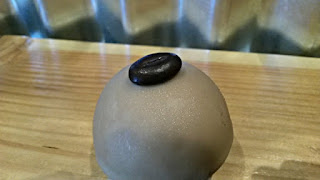 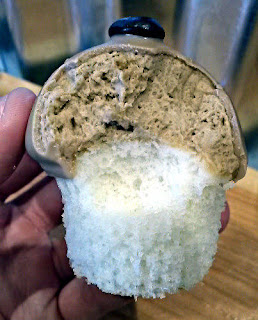 If anything, the Red Velvet Cupcake looks the most like one of those mushrooms from Super Mario Bros. I'll need to get one of those next time.

Toadstool Cupcakes gets many thumbs up on execution. Some of the fluffiest cakes out there, one of the lightest fillings I've had, and certainly among the best in originality/appearance. 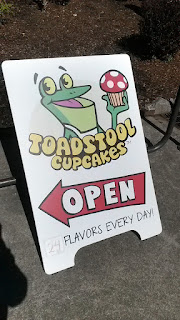 Toadstool Cupcakes fits perfectly within the Portland community. Check them out! 9/10
Posted by Aaron at 11:00 PM