It's been about five years since I last went to Pho Hung's SE Powell location. I recently went back because this spot underwent major renovations late last year and re-opened around mid-March 2019. 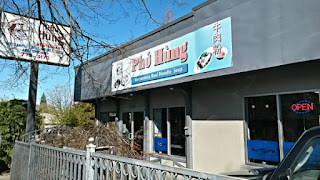 The interior has undergone a nice transformation. Definitely more contemporary look inside now.

Most importantly, though, the menu basically remains the same. Pho Hung has long been regarded as one of the best pho spots in Portland, and while diehards may say there's a difference between the SE Powell spot and the SE 82nd location, they are both run under the same ownership. 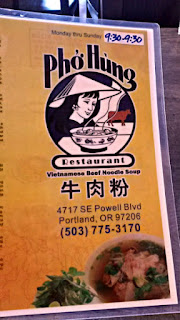 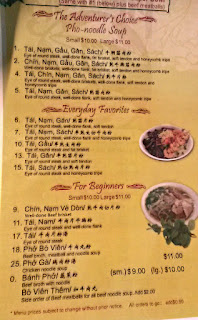 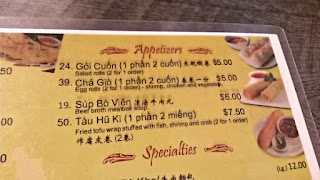 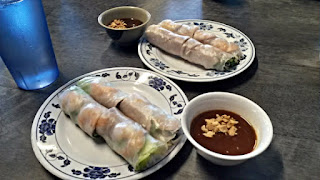 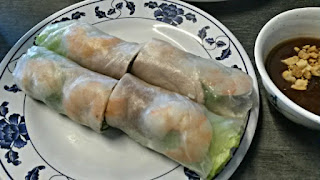 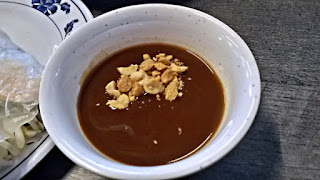 The fried tofu wrap ($7.50) was a new one for me, but wonderfully prepared. A light crispy outside, not oily, and the seafood mix went well with the fried tofu. 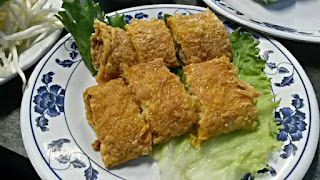 I went with the large #11 Pho ($11), with strips of eye of round steak and well-done flank steak. The usual pho additions (bean sprouts, Thai basil, lime, and jalapeno slices) came on a separate dish. 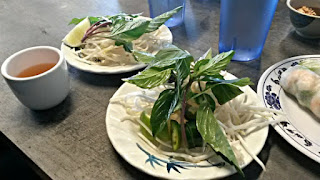 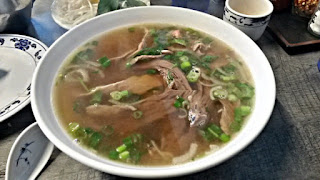 The place had a few patrons already dining, but I swear all my food arrived in under five minutes. Crazy fast.

As with any pho, the broth is the key, and Pho Hung's truly has that assertive, yet soul-soothing, beef flavor you want. The rice noodles predictably remained stuck together initially, even in the piping-hot broth, but I took about 30 seconds to loosen everything up. A kickass pho totally worth the $11 price tag. 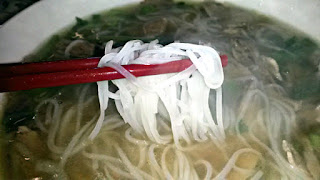 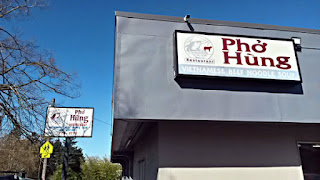 Oh, and the tea here is free. A great alternative to just having ice water.

Five years ago, when first blogging about this spot, I was more the pho novice, erring on a more conservative rating just in case more spots came along that were better. Fast-forward to 2019, and very few spots have been able to match Pho Hung's satisfying broth, appetizers, and service. 9.25/10
Posted by Aaron at 11:00 PM