I obviously couldn't leave Philadelphia without having a cheesesteak. According to some locals, John's is one of the spots to try. They also open earlier than some other places (9 AM) so, with a bunch of driving ahead of us, I wanted to get my fix early on.

We parked on the street next to John's. The owner was actually just coming in as well. He saw where we parked, and said we were fine parking there.

As the name implies, John's was known first for the roast pork sandwich, one that I enjoyed at DiNic's the day before. A few years ago, however, John's finally received more well-deserved recognition for their cheesesteak. 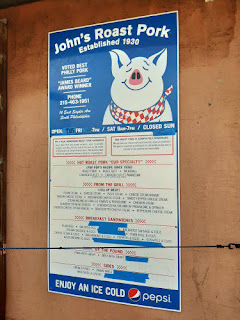 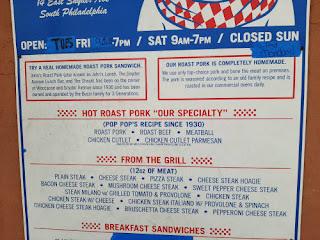 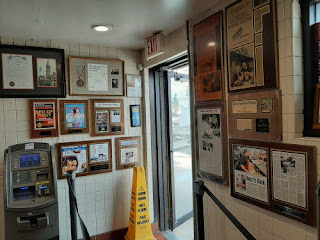 Very simple ordering process. Order your food at the far end and work your way to the right to pay for the food. 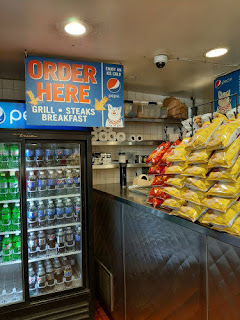 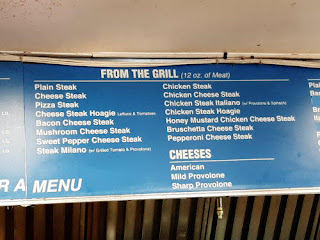 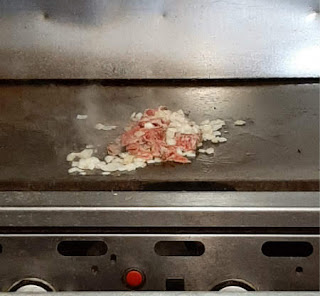 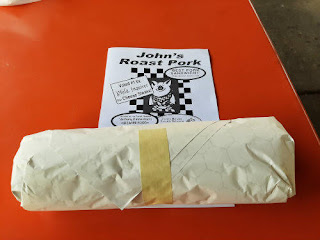 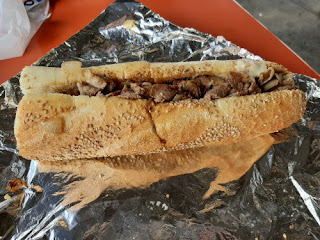 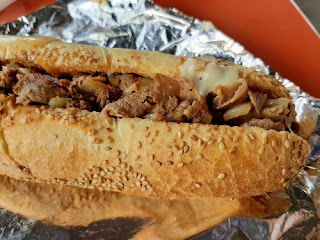 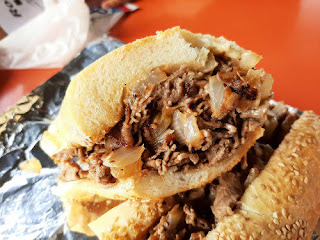 I loved this cheesesteak. Wow. Creamy melted cheese. The steak was cut up, in between completely chopped and intact slices. Caramelized onions added texture and flavor. Smart to have the sesame seeds...even more flavor after the roll is toasted.

Using all my willpower, I ate one half and saved the other for later. I finally ate the other half that evening and it was still as good as eating it fresh; no drop off in quality.

While I wish I could have tried more cheesesteaks at other places in Philly to compare, I just didn't have the time this trip. But that gives me reason to return one day. 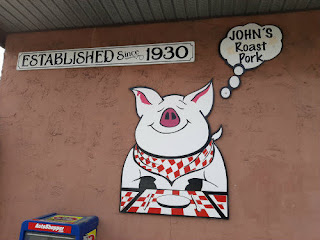 John's Roast Pork knocked it out of the park with their cheesesteak. Very highly recommended! 9.25/10
Posted by Aaron at 12:00 AM

Email ThisBlogThis!Share to TwitterShare to FacebookShare to Pinterest
Labels: Pennsylvania, The Elite (9+ Rating)