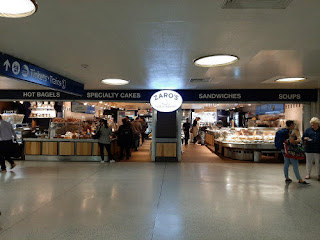 Head into Madison Square Garden and take the escalator down; you'll find Penn Station there. 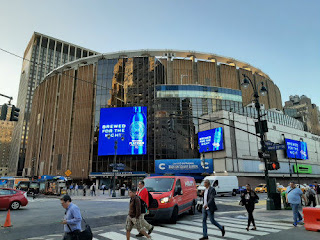 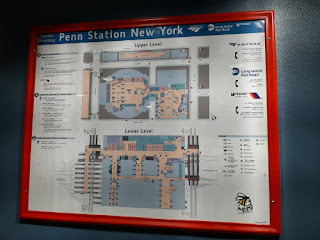 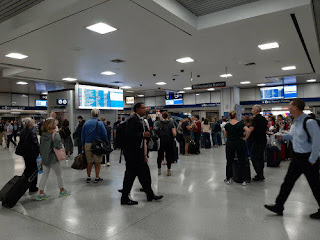 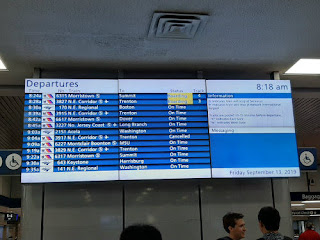 There are several eateries in Penn Station, but I vowed to stay away from the chain places and find something local.

Zaro's is a Kosher bakery selling bagels, other baked goods, and breakfast sandwiches in the morning. Mom and I got a bite to eat here before hopping on the Amtrak to Philadelphia. 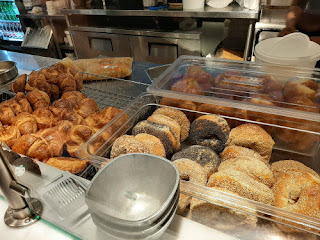 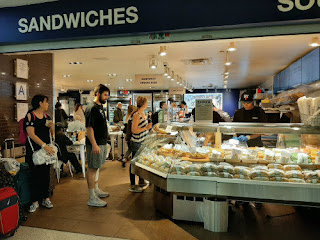 Simply, you'll stand in line, order your food and drink, pay at the end, then wait around for your order.

I ordered the Richie Deluxe ($8.75), which had ham, cheese, and bacon. Based on the photos and the display model, I thought I'd automatically get a challah roll, but it was put on a regular roll instead. No big deal to me, the bread was good, with a slight crunch from toasting. But to me, overpriced. 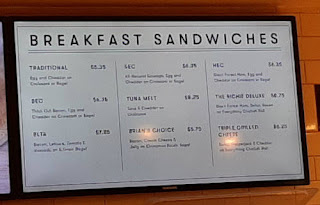 Mom enjoyed the BLTA ($7.25), but gave the bacon to me because she's vegetarian. The panda cannot turn down good bacon.

I know what you're thinking...ham and bacon at a Kosher bakery?! Apparently so.

I also ordered the Zaro's House Blend Coffee, which is made with 100% Colombian coffee beans. It won't stand out as epic good coffee, but worked for me. They probably gave me a double cup because they didn't have coffee sleeves. 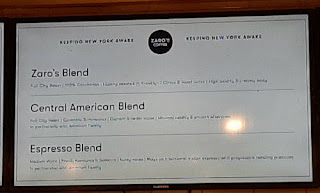 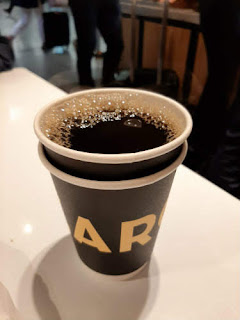 As a side note, Amtrak will allow you to bring food and drinks on the train, just in case you had a longer train ride and wanted to eat while heading to your destination. 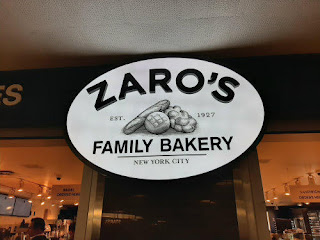 Looking back, Zaro's was fine, but all things considered, probably comes in as an average stop on my adventures. 6.5/10
Posted by Aaron at 12:00 AM