Beer Authority is located at the corner of W 40th Street and 8th Avenue in Midtown Manhattan, New York City. 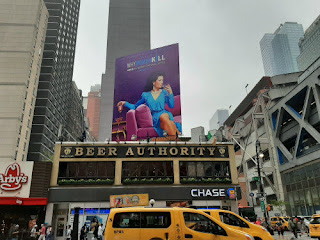 After another full day in NYC, we sought food - and for me, beer thirty. There was no shortage of beer at Beer Authority. Roughly 90 taps and 100+ additional bottle choices. Also a full bar available.

As if we didn't walk in NYC enough, there were some steep steps leading to the bar area. Yikes. 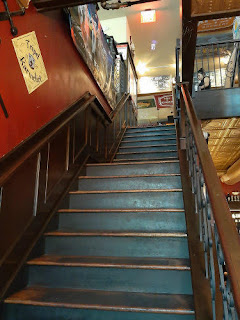 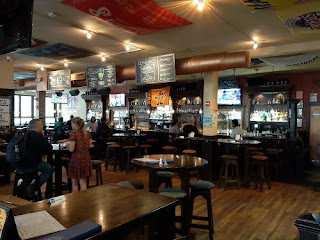 The food menu has typical bar appetizers, plus more substantial dishes including burgers, sandwiches, and other entrees.

I ordered the Singlecut Psychedelic double dry hopped IPA, another local beer made in New York. It may have cost a pretty penny at $9, but it was damn delicious. Lots of tropical bliss on this NE-style brew. 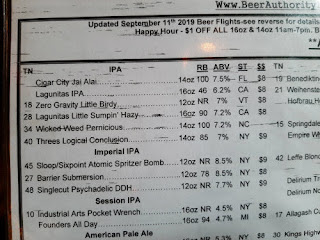 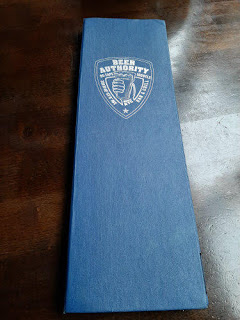 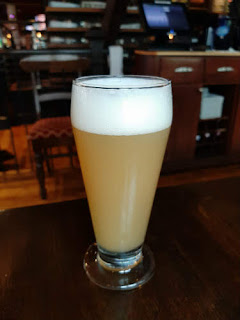 For food, I ordered the reuben sandwich ($15): Corned beef, 1000 island dressing, homemade sauerkraut, and Swiss on marble rye. The sandwich comes with fries. 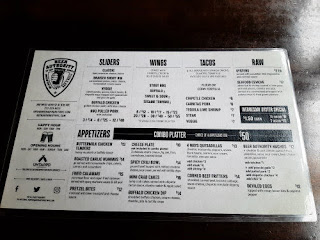 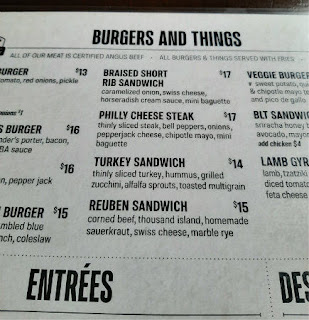 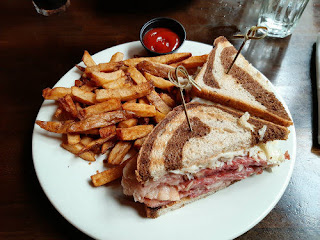 The sandwich was good, but a couple of negatives stuck with me. They cut the corned beef with the grain instead of against the grain, meaning I ripped off large strips instead of smaller ones. I also would have wanted a bit more lean meat here; the protein had copious amounts of fat. But the fries were good. 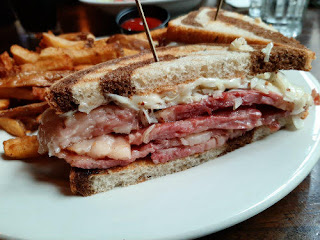 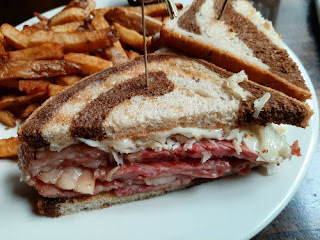 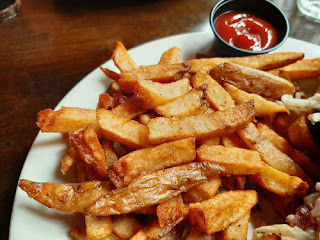 I was torn between the reuben and the lamb gyro; in hindsight, perhaps I should have gone with the latter. 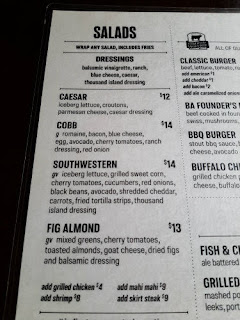 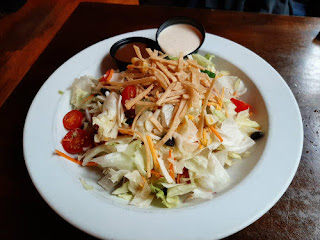 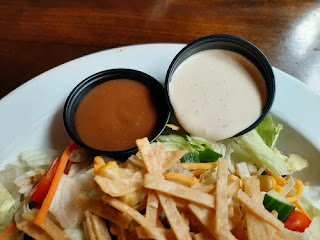 Great service as usual. With so many places to eat at, I'm not sure when I would get back here for that, but this spot probably has the largest beer selection in the city.

To satisfy your beer thirty fix, head to Beer Authority in midtown Manhattan! 7/10
Posted by Aaron at 12:00 AM