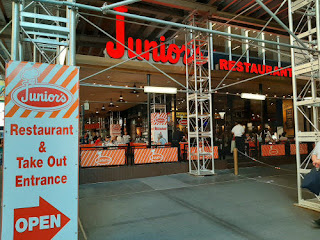 To round out the first full day of the East Coast trip, Mom and I stopped here for dessert. Because after all, New York is also known for cheesecake. We were seated after a short wait (probably around 6:30 PM).

They had a limited beer selection, so I went with the 12 oz bottle of Captain Lawrence Hop Commander IPA. A very good, balanced IPA from Elmsford, NY. 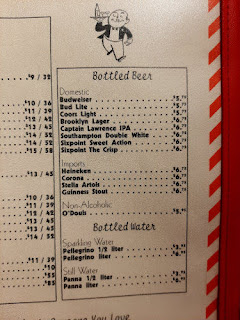 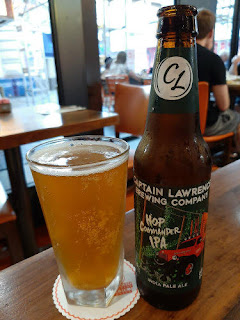 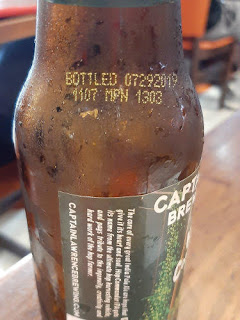 Junior's cheesecake is famous, and they will ship them anywhere in the United States. They've been shipping cheesecakes (frozen) since 1989. 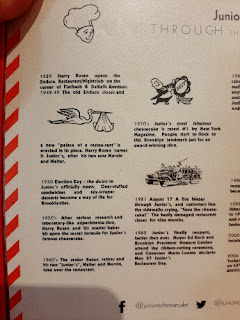 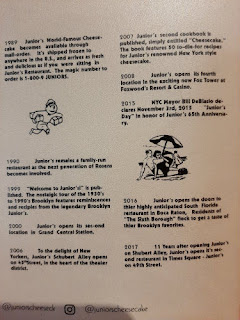 But you have to get the cheesecake fresh from the source. And top it with strawberries. It's $8.75 before tax, but simply put, it's the best cheesecake I've ever had. Rich, creamy, not overly sweet, and satisfying. 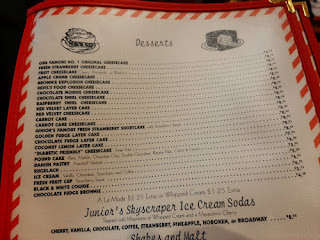 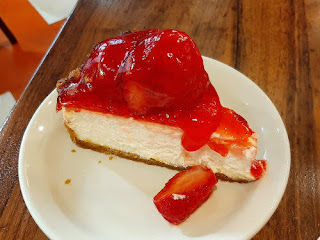 The service, unfortunately, turned subpar after we got the cheesecake. Our server likely forgot about us multiple times and we eventually had to flag that person down for the check. 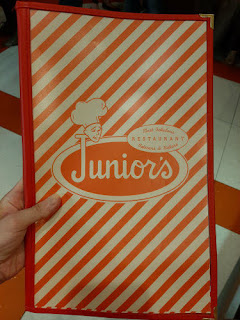 Junior's is open from breakfast time. The cheesecake alone, though, is worth the trip there. That's why, even with the dropoff in service, it still gets a very high mark. 9.25/10
Posted by Aaron at 12:00 AM