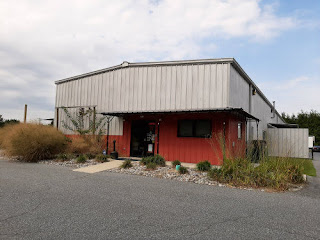 Fun fact: The brewery is named after the river that runs through Milford.

There are 16 taps of Mispillion's beers. No food on site as of last September. I naturally went with a flight of four 5 oz pours. 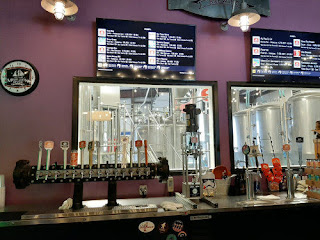 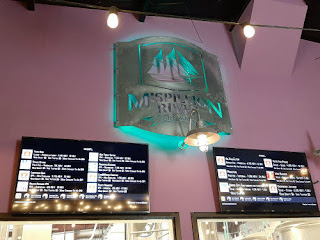 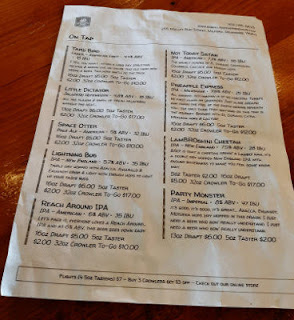 I sampled their Raspberry Jacuzzi, a 6.2% sour fruit beer. A stunning raspberry color with tons of raspberry flavor to match. It was incredible and made me wish I got a pint of that. 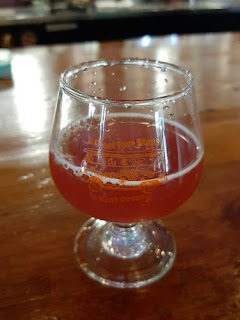 Dropping in mid-afternoon, there were not a lot of people to start. The brewery is also off the main path a bit, so it's more peaceful and laid-back.

The brewery distributes to Delaware, Pennsylvania, Virginia, and parts of Maryland. 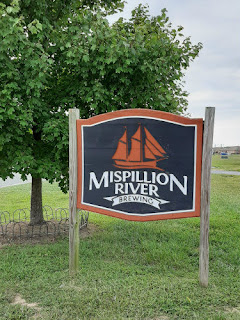 If you head to Delaware and looking for a good local beer, I totally recommend Mispillion River Brewing! 8.5/10
Posted by Aaron at 12:00 AM