The Dole Plantation is located on Kamehameha Hwy in Wahiawa, Hawaii. 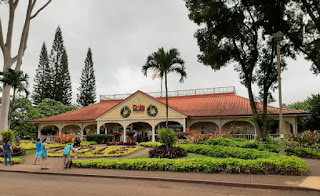 Dole Plantation is right on the main road, and you can't miss it with the Dole flag flying in front. The main building is the gift shop that leads into the food area. Adjacent to the building is the famous Pineapple Maze, where local kids may have also gone for field trips (but not my schools).

The Dole pineapple is iconic in Hawaii, and many of the items in the food area focus on it. For me, the desserts reign supreme. 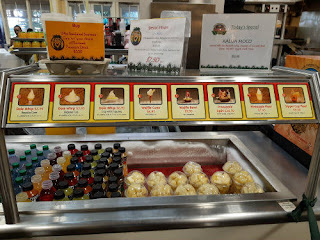 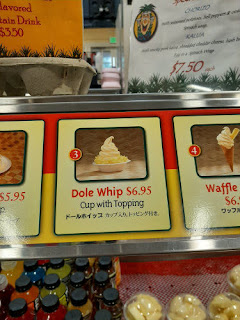 Dole Whip is soft serve that first debuted around 1984 and usually is affiliated with places like Magic Kingdom and Disneyland. Of course, Dole Plantation would also have it.

My favorite is Dole Whip with fresh pineapple on top ($6.95). So refreshing and delicious. I've been a huge fan of anything citrus for ages, and especially on warmer days, this is the way to go. 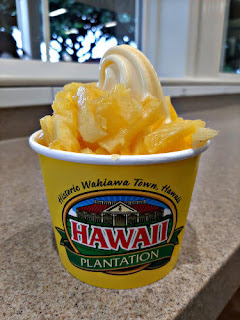 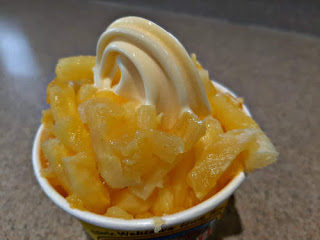 You can also get a Dole Flat here, which is basically Dole Whip with pineapple juice. Your taste buds will be hit from all angles with pineapple. Another refreshing treat. 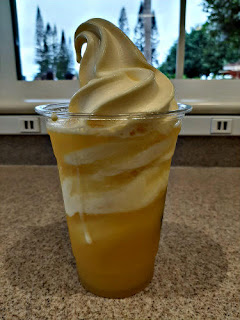 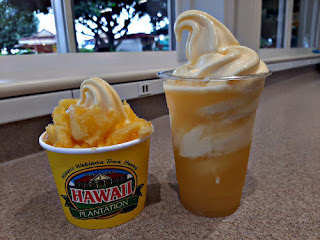 The lines are long enough here that there are at least four counters to get your Dole Whip products. All of them were significantly long on a Sunday afternoon.

Of course, there's a bunch of parking. Tourists will make up the vast majority of visitors, but as noted above, this can also be a destination for school field trips. I don't think too many locals may come here - unless it's a young family. I personally just played tourist for a day and wanted pineapple.

If you're visiting Hawaii, the Dole Plantation is a great place to head to! 9/10
Posted by Aaron at 12:00 AM