Alakea Steak is located at the corner of S King and Alakea Street in downtown Honolulu, Hawaii. 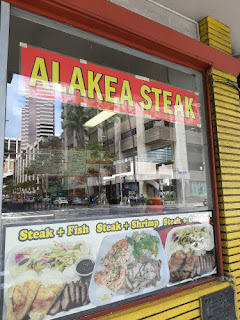 This place first opened in 2006 as Alakea Deli. It has since become a relatively popular takeout spot, especially for people working downtown. The menu generally features bento lunches and other breakfast/lunch plates. 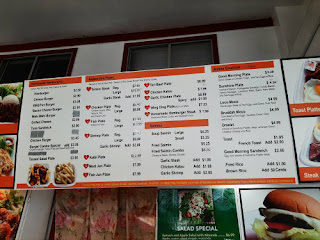 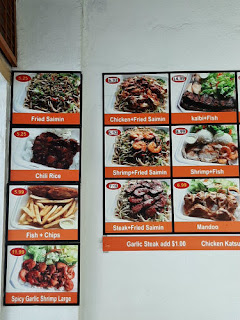 I stopped by on a Monday before noon. Not too busy at that time, likely the calm before the storm. 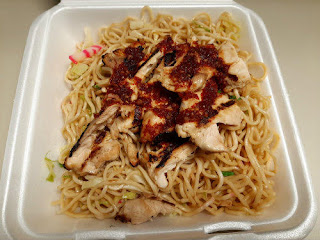 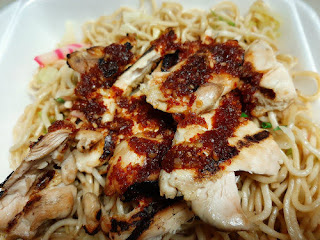 For those wondering, the noodles are not deep-fried, but pan-fried after boiling them to help dry them out. No broth here. Saimin noodles are a little paler in color than some ramen noodles, and darker than chow mein noodles. The chicken was slightly on the dry side, but the slightly spicy sauce on top helped make up for that.

I may have to return in the future for a loco moco at breakfast ($4.99) because that dish is one of my guilty pleasures.

Cheap prices and decent food keep Alakea Steak going strong. It may not be a standout place for people when compared to the thousands of places on this island, but it does the trick. 7/10
Posted by Aaron at 12:00 AM