Addi's Diner is a breakfast and lunch spot in Springfield, Oregon. I stopped by back in January for some massive pancakes. 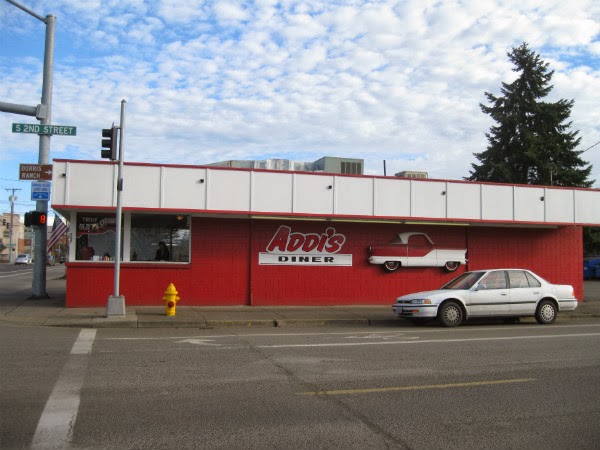 Interior is basically a retro-1950s dive feel. I found out that the owner is a diehard Atlanta Braves fan. Oh, and there's a giant spatula over one of the signs. 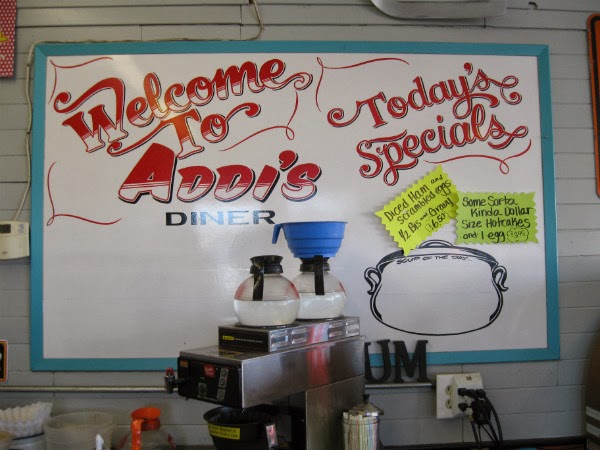 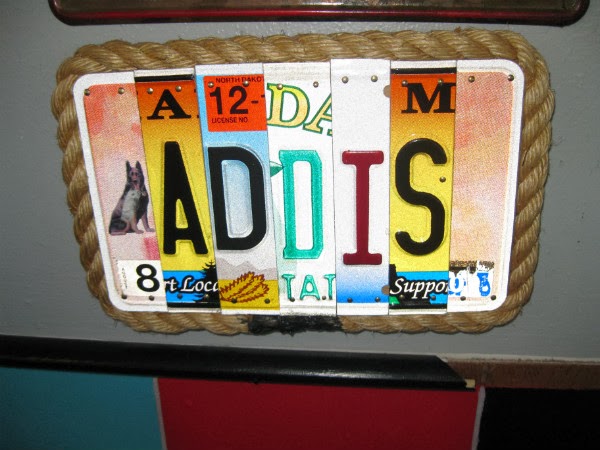 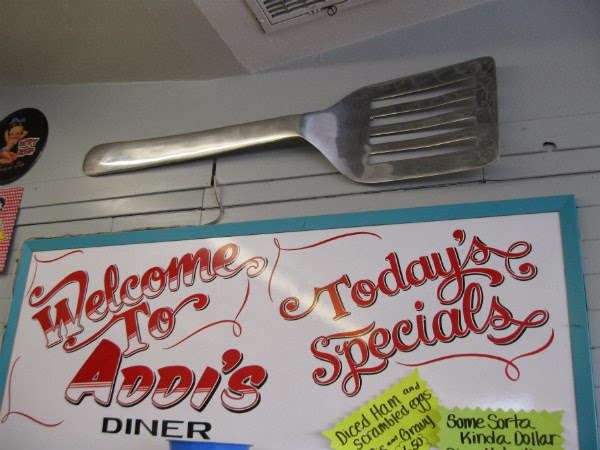 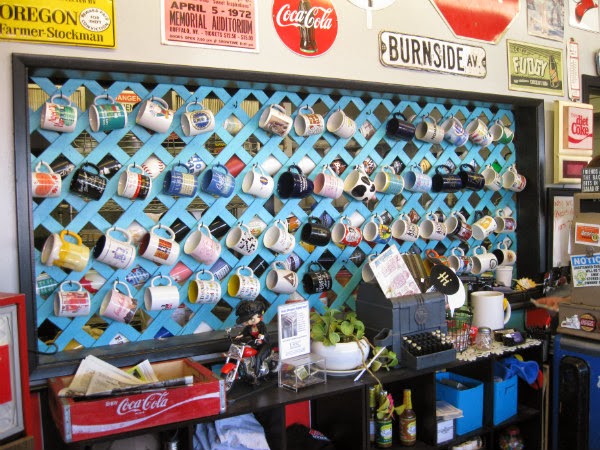 The reason I came here was the massive pancake, simply named "The Hotcake." Trust me when I say this is the largest pancake I've seen to date. It's at least 16 inches in diameter, the same diameter as an extra-large pizza. 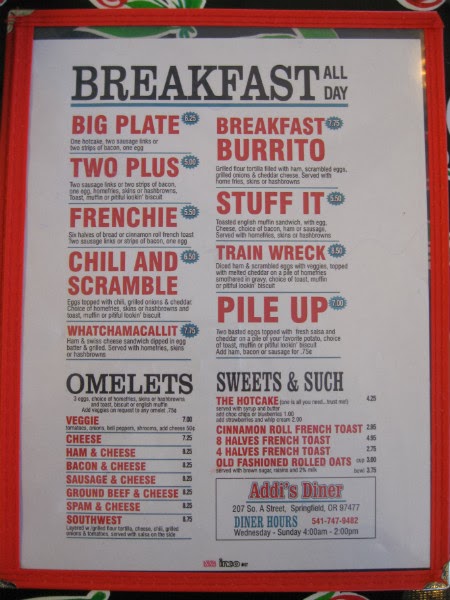 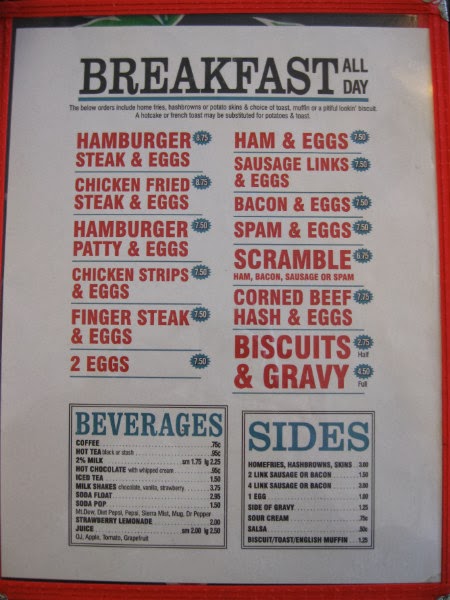 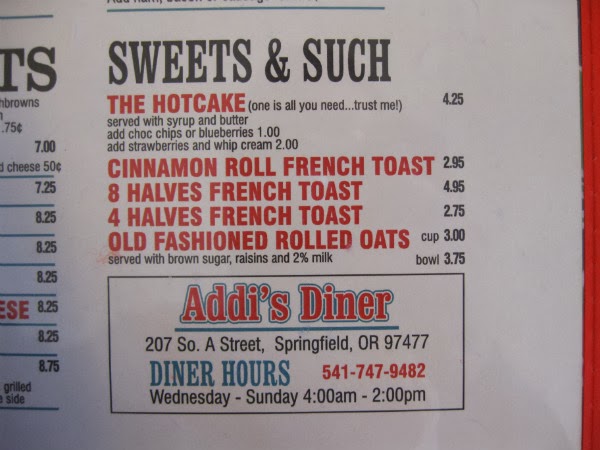 For being a steroidal pancake that got hit by gamma rays, it was also quite good. Not extremely rubbery and not too dry. Goes well with a bowl of syrup. 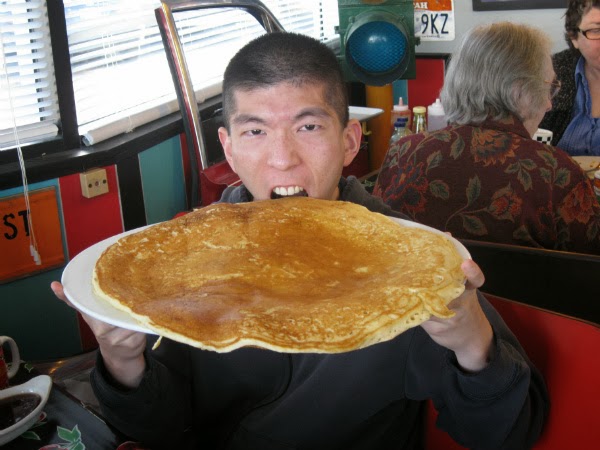 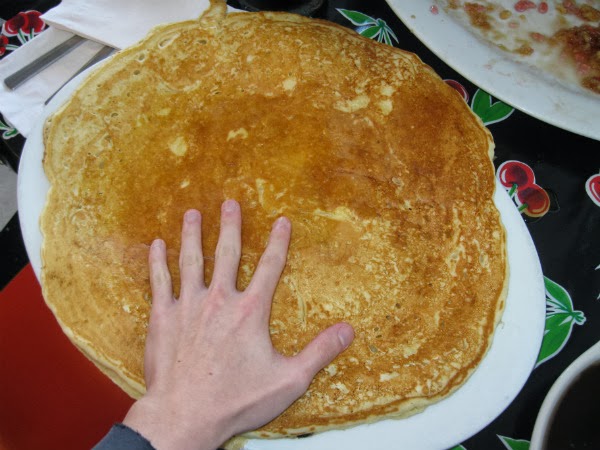 So what does the spicy panda do in this situation? Sprinkle ghost pepper powder on the massive pancake and in the maple syrup. Spicy-sweet combo win!

I saw a person eat three pancakes to set the house record. Major fluffy overload. Although the owner was not present to witness the feat (and it's probably not official as a result), I have to give major respect to the person who did that.

Huge portions all around. Other breakfast menu items of note include Cinnamon Roll French Toast, Biscuits & Gravy, and Steak & Eggs. On the lunch menu, you'll find a bunch of different sandwiches, including BLT and Reuben. 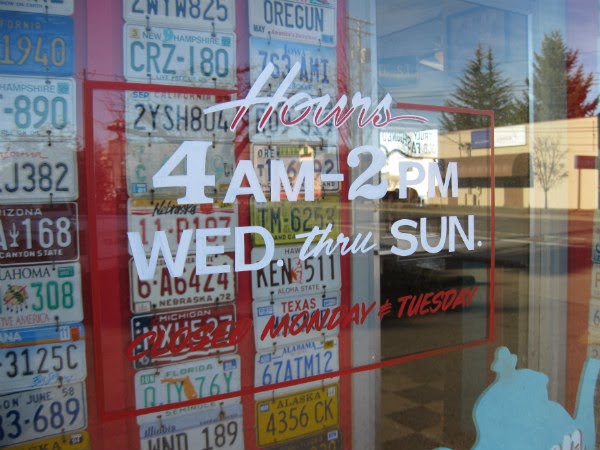 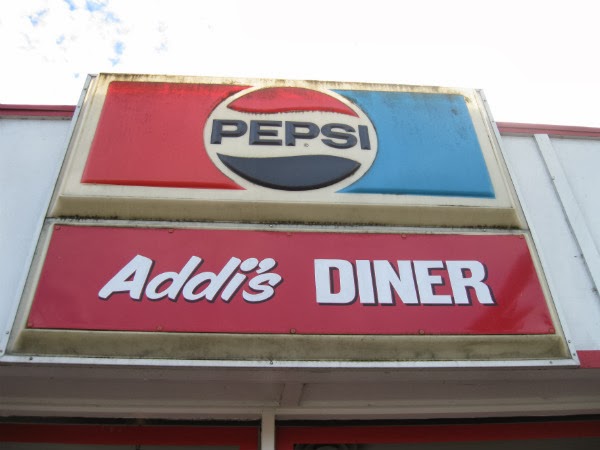 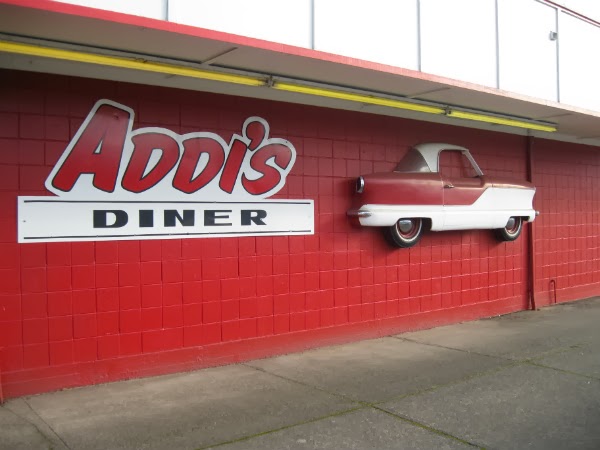 It's a favorite diner for people in the area, and a bunch of University of Oregon students will flock here. 7.25/10
Posted by Aaron at 12:00 AM