At the beginning of 2014, professional eater Molly Schuyler came to town. I used up some vacation time and spent a few days catching up with All Pro Eating's top-ranked competitive eater and winner of Wing Bowl 22! Yup, this gal ate 363 wings in a 30-minute competition. Good grief.... 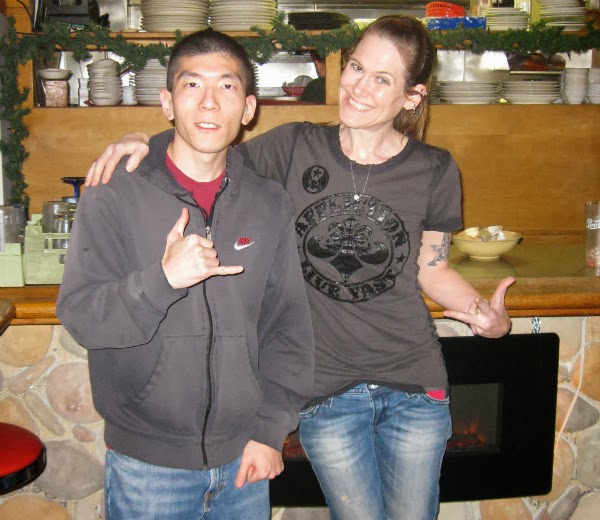 I first met Molly last March at the Big Mama's and Papa's 54" pizza event in Burbank, CA. Frankly, I didn't know what to expect when meeting Molly, but I quickly knew we'd have an awesome friendship. Just very easygoing and down to earth.


We spent a day cruising around in Southern California, including hitting up Orochon Ramen. While I had no real problems defeating the Special #2 challenge (see below), many people don't know that Molly also defeated the challenge -- AFTER she already tanked a regular (mild) bowl of ramen. Holy crap...really. 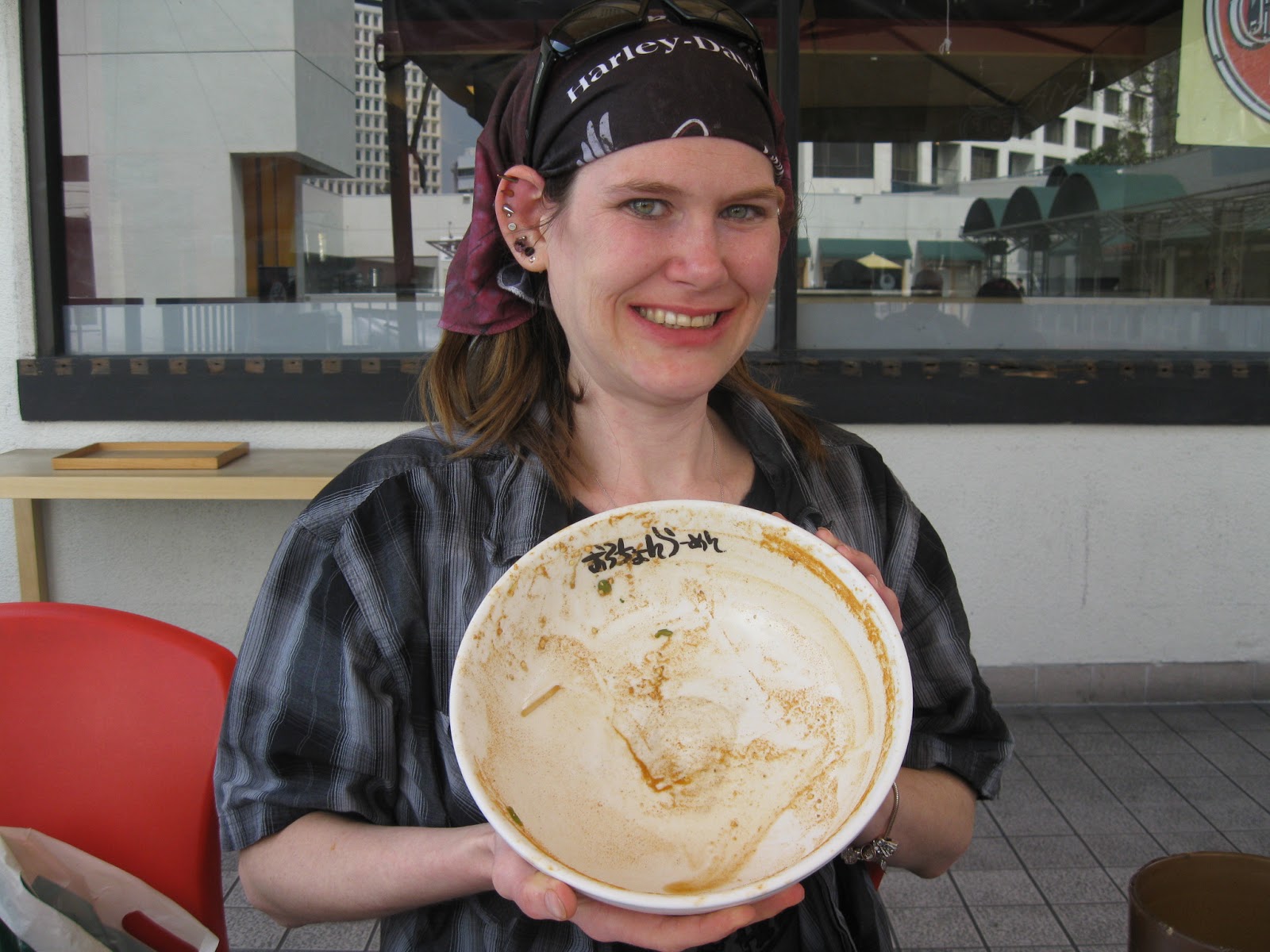 You might have recalled Molly smashing that 7 lb Ultimate Destroyer Burrito at Pizza World in under three minutes. Just before I was about to head back home. I figured it was just a matter of time before we met up again.

Basically, the list of eating challenges Molly did in Oregon continues to blow my mind: 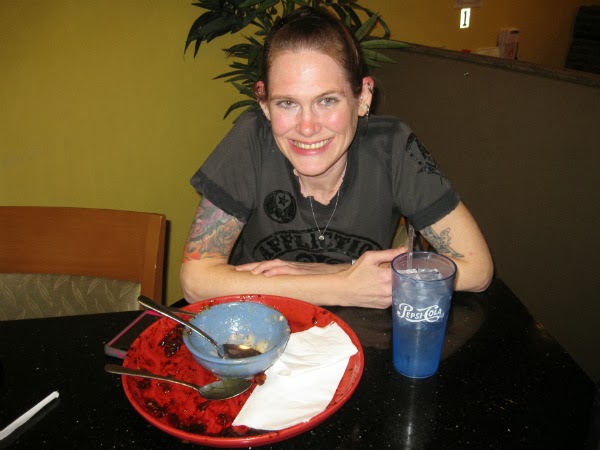 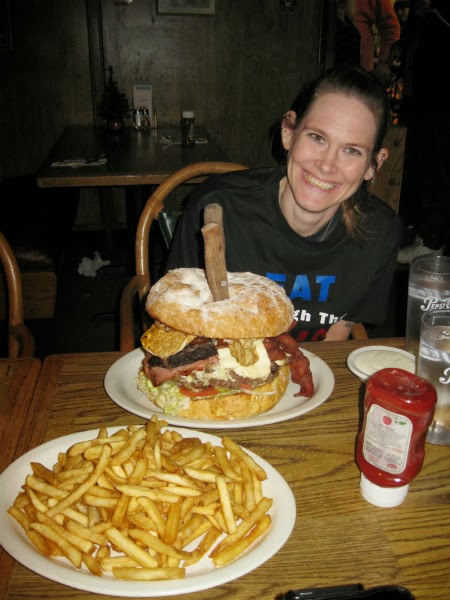 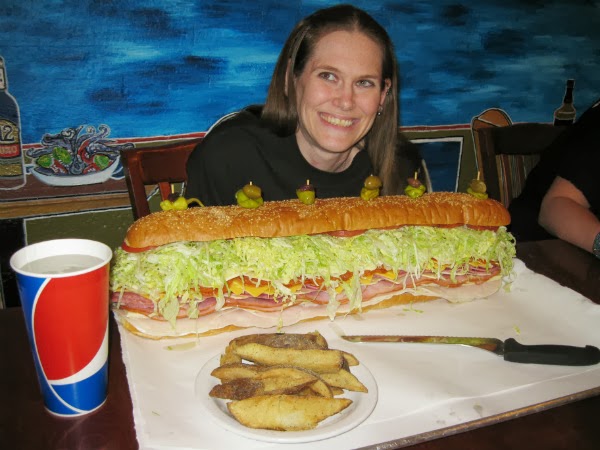 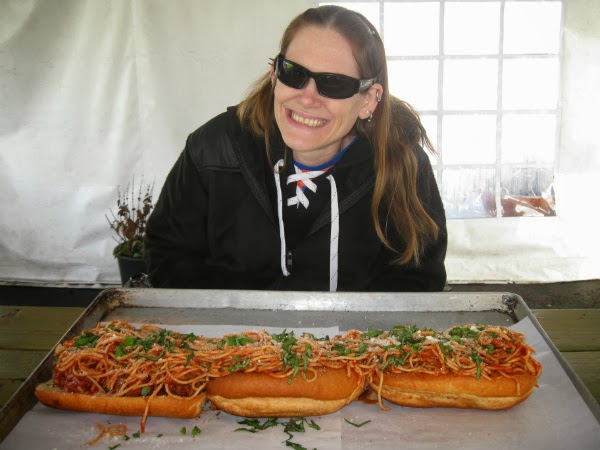 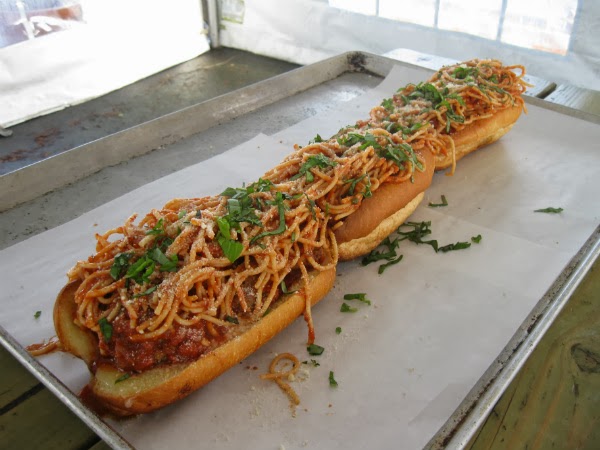 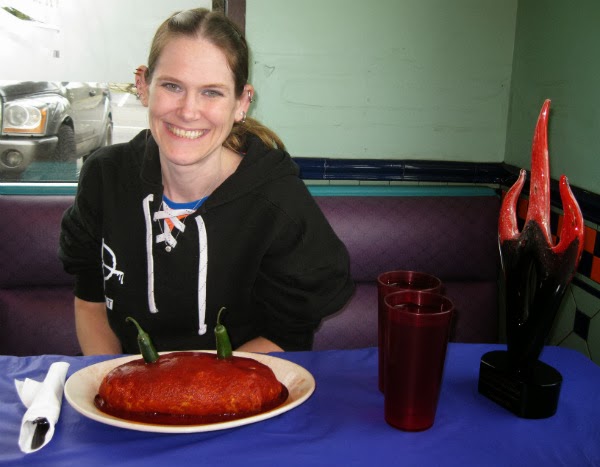 VIDEO OF THE DIABLO BURRITO DOMINANCE! 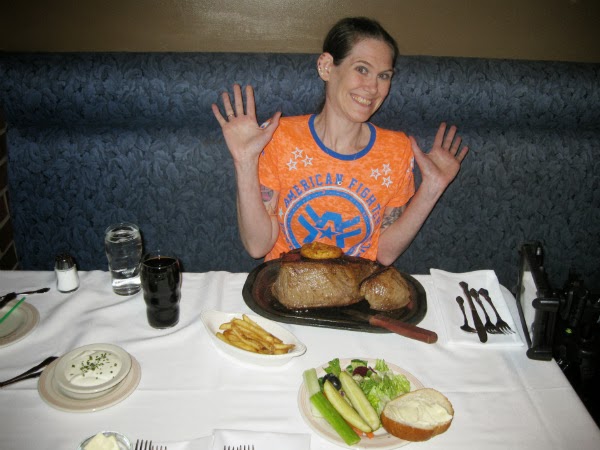 VIDEO OF THE 72 OZ. STEAK SLAUGHTER!
(yes, this is the original viral video)


After getting tons of press for her 72 oz steak feat, Molly went in as one of the favorites for Wing Bowl 22 in Philadelphia on January 31. It was a very close duel between Molly and Pat Bertoletti, but after a bunch of counting, officials determined Molly was the winner. Much respect to all the eaters who qualified and participated in this event.

I hope there will be another meetup with Molly in the future. It feels awesome to be friends with a celebrity. :-)
Posted by Aaron at 12:00 AM