Pepper Box Cafe is located near SE 9th and Morrison in Portland, Oregon. The cafe opened August 26, 2014 -- exactly ten months after they shut the food cart doors on October 26, 2013. 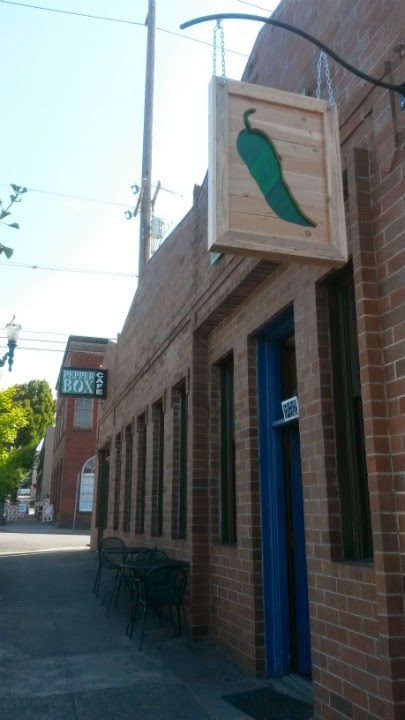 A bunch of my friends know how much I love NM chile and other Southwestern flavors. Needless to say, I took an extended lunch break and drove down on the cafe's second day of business. Many people around Portland remember the Pepper Box food cart at Dreamer's Marketplace on MLK. Unfortunately, the lot owners had other plans for the space, and Jim had to remove his food cart from the premises. Instead of looking for another food cart space, Jim took some time off and pondered opening a cafe. He had New Mexican connections and could get his hands on real New Mexico chile. With the followers he already had, more space and an expanded menu seemed like a great idea. Jim then partnered with Zane Blair (Albuquerque native), and Pepper Box Cafe was born.

The decor on the inside embraces New Mexico and Portland. 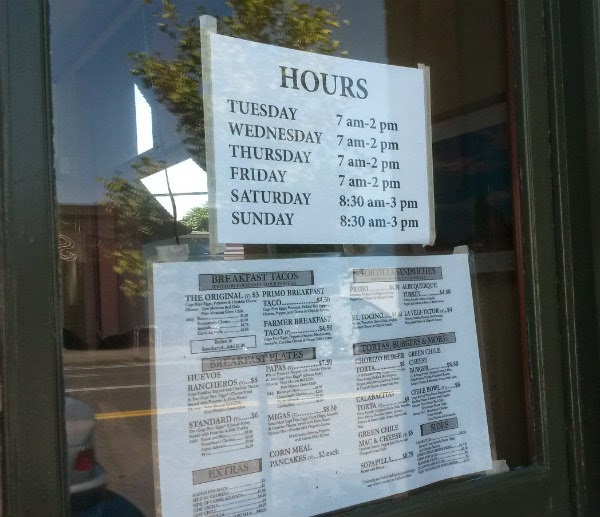 As expected, the original menu of Pepper Box tacos is back -- with several new additions such as Huevos Rancheros, Green Chile Cheeseburgers, Papas, Migas, and Sopapillas. Just like before, Jim makes all his flour tortillas in-house. 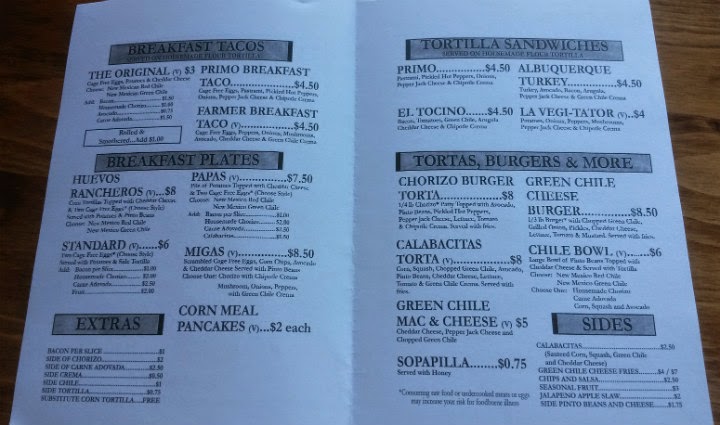 I went straight for the Original Breakfast Tacos -- the same tacos that got me hooked on Jim's food cart in the first place. Two tacos with NM green chile, eggs, cheese, and potatoes. One with avocado, one with bacon.

Prices start at $3 per taco, with additional toppings costing 75 cents to $1.50 extra. You can also roll and smother them with chile for $1 more.

The flavors were exactly as I remembered them. For those wondering, these are pretty hefty tacos. Two of these should fill up a normal person for quite some time. 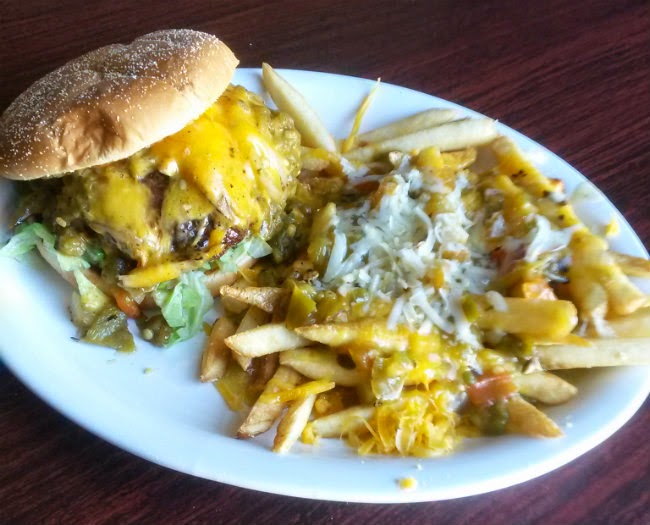 TIP: If you want both options on the same plate, you can add green chile and cheese to the fries that already come with the cheeseburger. It would be about $1.25 more, but you'd get both menu items for $9.75. Pretty nice deal, I'd say.

Awesome cheeseburger. Top-notch quality beef, and the flavor of the roasted green chile puts me beyond happy. Pretty much ecstatic and giddy.

Lots of mustard on my burger, which is fine for this mustard fan.

Green Chile Cheese Fries looks like Southwesternized Poutine -- replacing gravy with green chile sauce and cheese curds with shredded cheese. I couldn't detect any heat from the green chile here, but those flavors make me feel like I went to New Mexico. 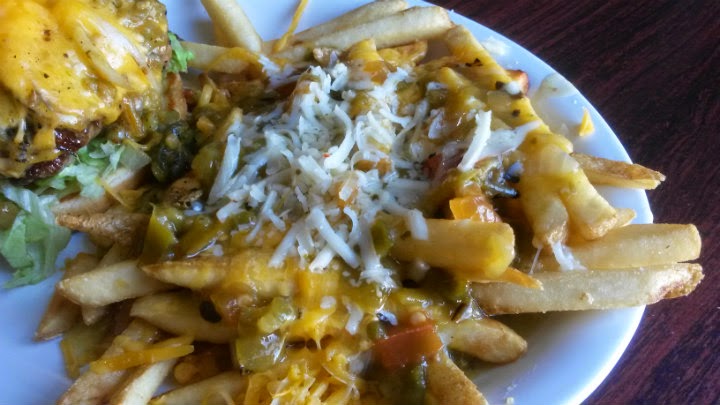 Very few places in Portland right now base their entire menu on New Mexican dishes. Only two others come to mind: La Panza Cafe (which I previously reviewed in May) and The Blue Goose (which also opened in early summer 2014).

I've been to many places, and Pepper Box has long been one of my favorite spots. Check out this elite spot! 9.5/10
Posted by Aaron at 11:00 PM