Over the past several weeks, I have eaten a ton of chips and released a few pepper videos. As one will see going forward, I've expanded my Afterburn series to include pod reviews (and explore a wider range of heat levels). 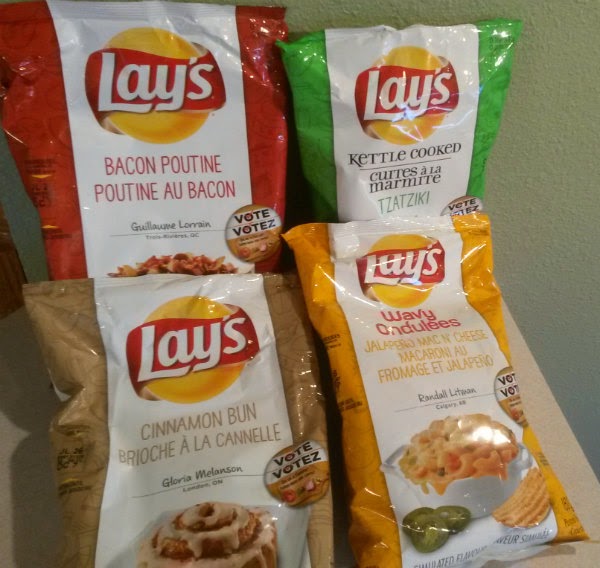 Lay's Canada started their own "Do Us a Flavour" campaign this past summer, with four finalists: Bacon Poutine, Cinnamon Bun, Jalapeno Mac 'n Cheese, and Tzatziki. Frankly, I thought Canada got the better end of the deal when compared with the U.S. flavors.


Last fall, I went to Mucho Burrito to eat their ghost pepper burrito. While there, I also bought a "Hotter than Hell" chocolate bar. That bar didn't get reviewed until this year. Still good, but oops.

Paqui Tortillas is now selling their chips in the Pacific NW -- and soon will be appearing in Hawaii! This was their limited-edition Hatch Chile Harvest flavor, only available around August.

Sticking with the jalapeno vibe, Zapp's has a "Hotter 'N Hot" kettle chip people may be interested in.

I'm still reviewing some interesting beers at the Panda's BAR. Does anyone want to try Banana Bread Beer? How about a Bad Panda Ginger Pale Ale?


I decided to start a new video series for bloopers and outtakes. Not sure how frequent these will be. So far, I've gotten some good feedback.

As I noted above, my Afterburn series is expanding to include pod reviews of non-superhots. It will allow me to try a number of different pods. I may buy them, or the pods will be generously sent to me by chile growers. Either way, the panda will continue to embrace the pain.

As always, be on the lookout for new videos on my YouTube channel!
Posted by Aaron at 11:00 PM