More awesome news for Brian and Lisa Wood, who have built their BAS empire over the past few years with the goal of going brick-and-mortar. Over time, they hired employees at their original cart, changed that cart location a couple times, and briefly getting a second cart.

Many people turned out for the soft open. With the increased space, Big-Ass Sandwiches now sports an expanded menu, with alcoholic options (some beers and cocktails). 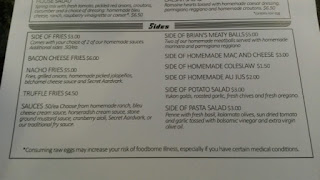 I started with a side order of Brian's Meaty Balls ($5), two hefty meatballs with marinara and topped with freshly grated Parmesan. Excellently seasoned and juicy. You can also get these in a sandwich or over pasta. 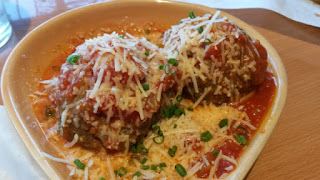 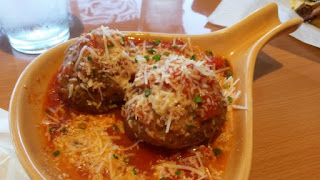 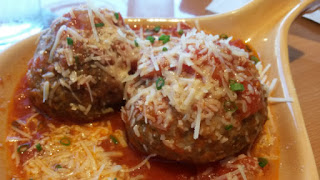 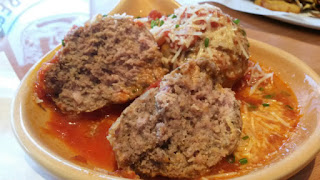 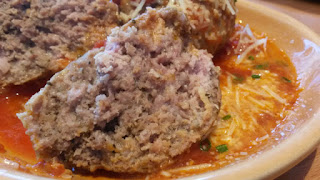 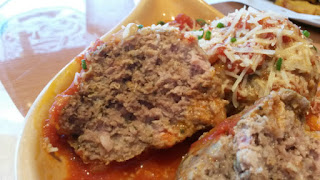 I then went back to an old favorite: Nacho Fries ($5). It's the same nacho fries served at the cart all these years, right down to the bechamel cheese sauce and Secret Aardvark habanero sauce on top. I was quite the fluffy panda afterward. 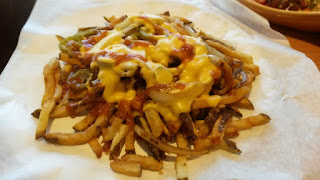 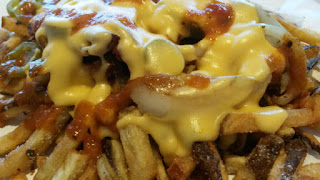 Huge thumbs up also for Bacon Cheese Fries. The bacon here is exactly how I love it: super crispy, yet not burnt. More cheese sauce FTW.

Apparently, the alcoholic options may rotate or change. I'll have to stay updated on that. 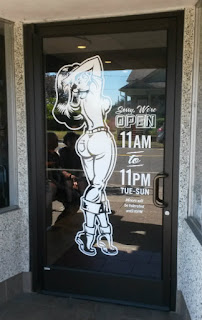